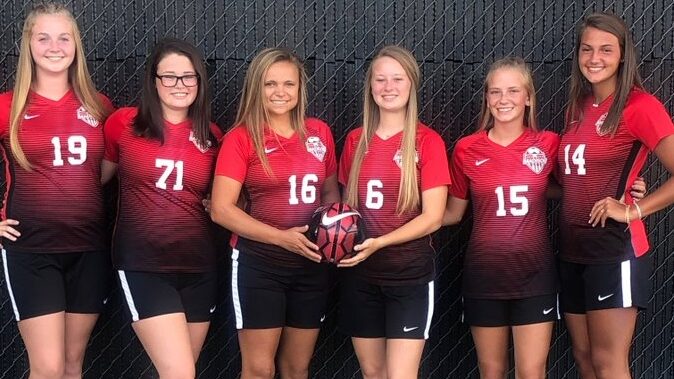 MADISON TWP. — The Madison High girls soccer team was on the rise in 2018.

“Coming into this season, I expect the team to build on where we left off,” said Murphy, whose squad is coming off a 7-8-1 overall, 4-6 Southwestern Buckeye League performance. Madison finished with more than five wins in a season for the first time since 2012.

“Last season we had a few games where the results should have been different, and it was totally on us for dropping the ball,” Murphy added. “We have plenty of returning starters and a lot of young talent to build off of. I expect us to be better finishers this year and more prone to play to feet, which helps us tremendously.”

Murphy said the Mohawks plan to focus in on those adjustments — with the help from their captains, senior forward/midfielder Keri Wheeler and sophomore midfielder Layla Youtsler.

“We will still have our areas of strength — physicality, playing into space, and speed,” Murphy said. “But with this group this season, I expect us to improve on playing to feet, playing wide and finishing.”

“I believe with the leadership out of our captains,” Murphy said, “we will have an incredibly strong program to put up a fight against our very tough league competition.”