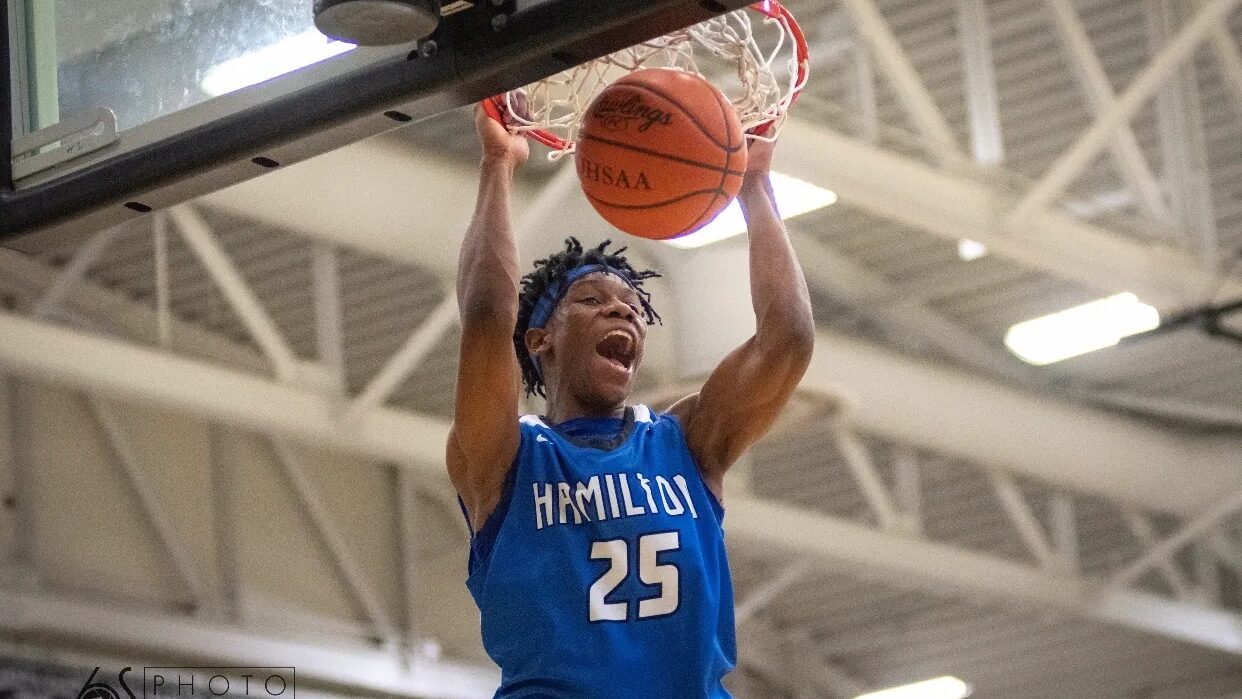 LIBERTY TWP — The game of basketball can ebb and flow like the tide of the ocean.

One team can do nothing wrong on the court and seize the ebbing momentum, while the opposing team sits helplessly by waiting for the tide to flow back to them.

Friday night at Lakota East was no different.

The Hamilton Big Blue traveled into enemy waters and buoyed by a third quarter run built a 22-point lead. The Lakota East Thunderhawks were not deterred, they rode that massive wave and came back, but were unable to ride that wave out to victory falling 65-62.

With a little over five minutes left in the third quarter Lakota East’s Nate Johnson had an opportunity to trim the Hamilton lead down to seven with a fast break dunk. But unfortunately the dunk didn’t go in and after a scramble for the ball, Big Blue’s Trey Robinson scored on the ensuing fast break sending the travelling Hamilton student section into a frenzy.

At that point, Big Blue held an 11-point lead that would quickly double before the quarter’s end. East trimmed that lead to 16 behind a late scoring barrage — setting up its fourth quarter comeback.

“They played a fabulous fourth quarter. We made some bad decisions but it doesn’t matter, you go on the road and play one of the top teams in the city in their place and get the win. We’ll take it,” Hamilton coach Kevin Higgins said. “I thought we defended well for three quarters. It’s hard to guard in transition. They’re really good and they just started making plays and it happens. We’ll take it. Were not giving it back.”

Behind the silky smoothe offense of Grant Spicer and the calm focused scoring of Bash Wieland, the Thunderhawks battled back from that 22-point deficit to pull to within three.

But the free throw line was the Thunderhawks’ undoing.

Forced to foul late in the game, the triumvirate of D’Marco Howard, Jaylen Robinson and Trey Robinson went five for six in the last minute to stave off any hopes for a Thunderhawk comeback.

“You can’t get down 22 to anybody good like that and expect to come back and win.” Adkins added.

The Big Blue take on Fairfield on Jan. 15 at home, while Lakota East has Oak Hills at home that same night.