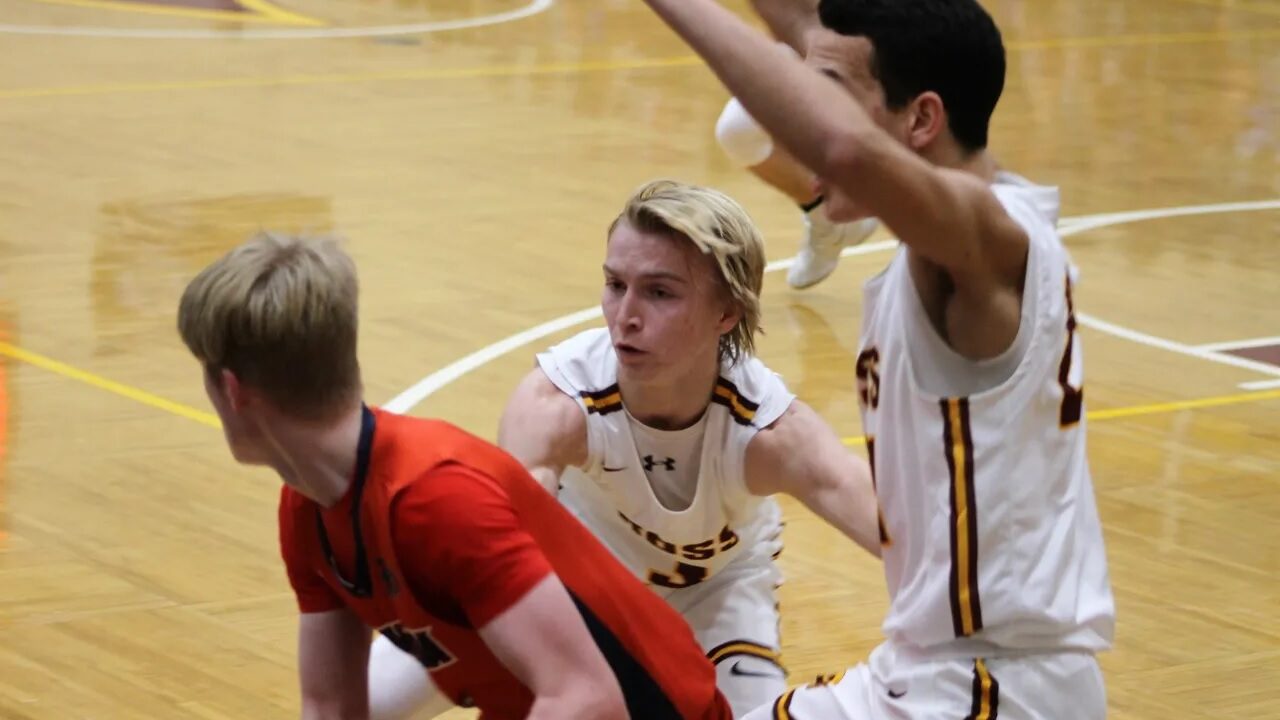 ROSS TWP. — Ross High senior Cooper Shields felt the relief Friday night. And he had every right to.

The Rams had just throttled Southwest Ohio Conference and Butler County rival Talawanda for a 68-39 victory — the largest win margin registered by Ross this season.

It was the type of win far overdue for a Rams squad that has racked up a 9-3 record (4-2 SWOC) — while only playing on their home court three times.

Taking things in stride, Ross gets to see home court eight out of its next nine contests.

“We had a feeling that we were going to come in and put it to them pretty good,” Shields said with a grin, following the victory over the Brave. “We needed this kind of game. We’ve been in all of our games. We’ve been playing great this season. But to be honest, I don’t think we should have lost a game.

“We’ve played down to our competition and let three slip by us,” Shields added. “We can play with anybody.”

It’s that type of identity Ross coach David Lane says will carry them into postseason play.

“We’re prepared,” Lane said. “I can’t stress enough how well these guys play under pressure. There’s not much of a margin between the three of our losses.”

The Rams have won two games in overtime and two others by three points or less. Lane attributes senior leadership and experience during the close ones.

The three losses? A one-point loss to Little Miami, a four-point defeat to Harrison and another four-pointer against Reading — all on the road.

“Veteran leadership out there on the floor has been a plus,” Lane said. “I feel like we are already battle tested, and if we can take care of things at home in the second half of the season and put that together, that helps with the postseason games.”

“We get to carry this momentum into that long stretch and play in front of our home fans,” Shields sighed.