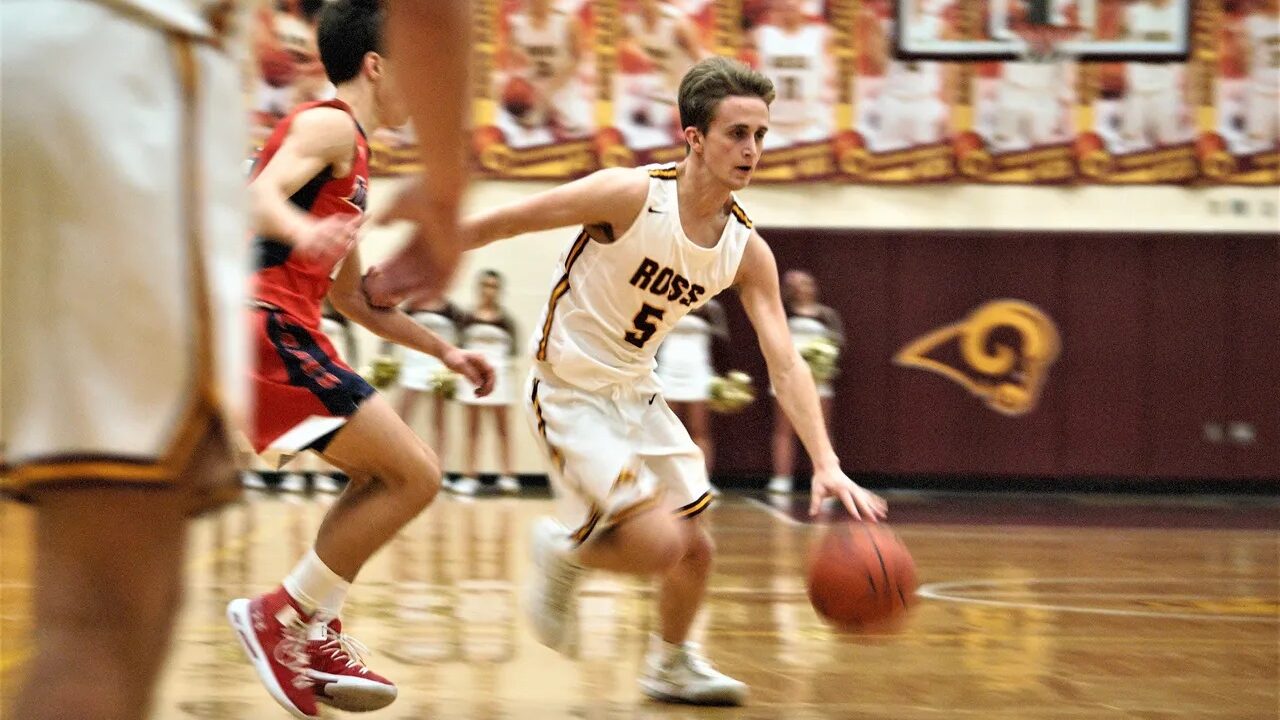 ROSS TWP. — Ross High boys basketball coach David Lane said his team practices it, regularly. Some teams may not. But his does.

Senior Isaiah Brinck tossed up a half-court shot just before the second quarter buzzer sounded, banked it in and sent Ross into the halftime break with all the momentum it needed to secure a 68-39 victory over visiting Talawanda on Friday night.

“I know this sounds funny or cliché, but we literally practice this every day,” said Lane, whose squad has won 5 out of 6 and moved to 9-3 overall and 4-2 in the Southwest Ohio Conference.

“Every day before a game we do a varsity versus JV shooting competition — where you have to make a certain amount of 3’s and then you have to go make a half-court shot,” Lane added. “It’s more of a competition, fun kind of thing. But it relates to situations like that.”

A feisty first quarter saw the Rams move out to a 12-4 lead, but the Brave stood their ground against an aggressive Ross defense.

“We’re young and we knew coming in this season that we would have an uphill battle,” Jones added. “The nice thing about this group is that they’re staying positive with each other, and they’re coming to work every day and getting better.”

Talawanda slipped to 0-12 on the season, but sophomore guard Craig James said the record doesn’t show the whole story.

“We’ve had a slow start,” said James, who reeled in a game-high 22 points. “Normally we hang pretty tight with teams in the first half, but we kind of fall apart. Coming in we were as ready as we could be and we came prepared.”

An 8-0 and 10-0 run in the third quarter put things away as Ross moved a half game behind Mount Healthy at the top of the SWOC standings.

“I thought we did a good job,” said Rams senior Cooper Shields, who scored a team-high 16 points. “We came out kind of slow and let them hang around. But then we kind of turned it up and started separating ourselves.

Ben Yeager finished with nine points for the Rams, who host Goshen on Tuesday.

Jonathan Richter had 11 points for the Brave, who host Colerain on Saturday.