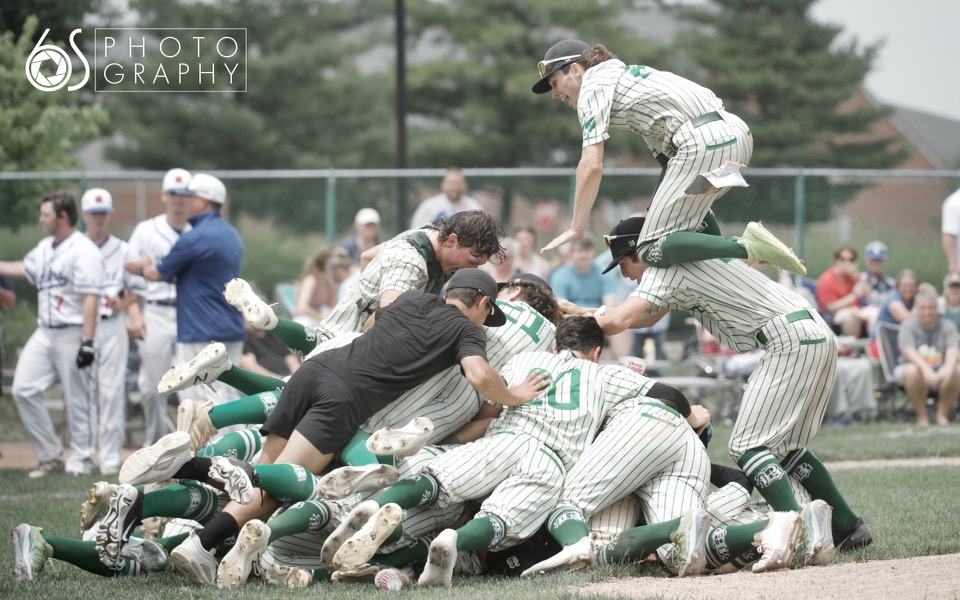 There was little to doubt Sunday afternoon. Not just because the Badin High School baseball team was ranked third in the final state poll. Or the fact that the Rams are peaking at the absolute best time of the season.

There was no doubt during Badin’s 12-3 regional championship win over Highland simply because the Rams understand one another.

And Badin coach Brion Treadway said he’s blessed to get to see that every day on the diamond.

“We spend so much time with each other that these guys know what everyone is capable of,” Treadway said. “They believe in each other. So when I say that there’s no doubt, it’s because they trust each other. They love each other, and they know what each other can do.”

Badin (27-5) takes an eight-game win streak into its Division II state semifinal matchup against Bloom-Carroll (27-5) on Friday at 4 p.m. at Akron’s Canal Park. The game was initially scheduled for Thursday, but it was pushed to the next day, according to the OHSAA.

“It’s not a cocky no-doubt,” Treadway said. “Myself and our coaching staff just spend so much time together with our guys that they know what this team is capable of.”

Sergio DeCello sent a blast over the right-center field wall at Mason during the regional final bout against Highland. Moments later, Ryan Kirkendall followed suit with a homer of his own.

Those two home runs helped catapult the Rams offensively and one step closer to their championship conquest.

Kirkendall said of his round-tripper, “I caught a fastball and got it on the good part of the barrel. The ball was jumping a little bit today.”

The Rams are swinging the bat well. The numbers don’t lie.

Four Badin players are hitting over .400 on the season, while the team batting average sits at .368.

“We never hit the panic button,” said DeCello, who is batting .435 at the plate. “We know that we can win every game with the people that we’ve got. Our best is going to beat anybody.”

Lucas Moore leads the way, hitting a whopping .474. Jimmy Nugent, Cooper Fiehrer and Kirkendall are doing some damage on offense as well.

“Losing last year, it’s just great to be back and having a chance to get to this point,” Kirkendall said. “We’re doing this for the guys this year, but we’re also doing it for the guys who didn’t get the chance last year.”

Kirkendall, a senior, is 9-0 on the mound in 2021. His performance thus far, mixed in with the help from sophomore Nik Copenhaver (3-1) and senior Luke McLaughlin (5-0), makes it a little easier on the defensive side of things for Badin.

“I was very proud of the way we kept adding on (runs),” Treadway said on Sunday. “I knew they were going to keep coming. (Highland) only lost two games all year. The little I knew about them, I did know that they had come back from some games. We kept coming, and we kept coming hard. I was very proud of our guys.

“I thought Nik did a good job of knowing that if we win this game (on Sunday), we go to state,” Treadway added. “And Luke has earned the right to be in that situation to help us win too. He’s done that all year. It is great to turn to a Luke McLaughlin who you know is going to pound the zone.”

The Rams have only allowed 6 runs in five games during the postseason, outscoring their opponents 54-6.

Bloom-Carroll is located just south-east of Columbus. The Bulldogs play out of the Mid-State League.

Badin last reached the state finals back in 2016, when the Rams fell to Defiance 3-2.

“This is what we’ve came here for,” DeCello said. “This shows how good we are. But we’re not done yet. We’ve got another one.”

“Getting the year off last year kind of got us itching to get back on the field,” DeCello said. “We’ve been waiting for this for two years now.”

Added Treadway, “It’s a great week to be a Badin baseball player.”