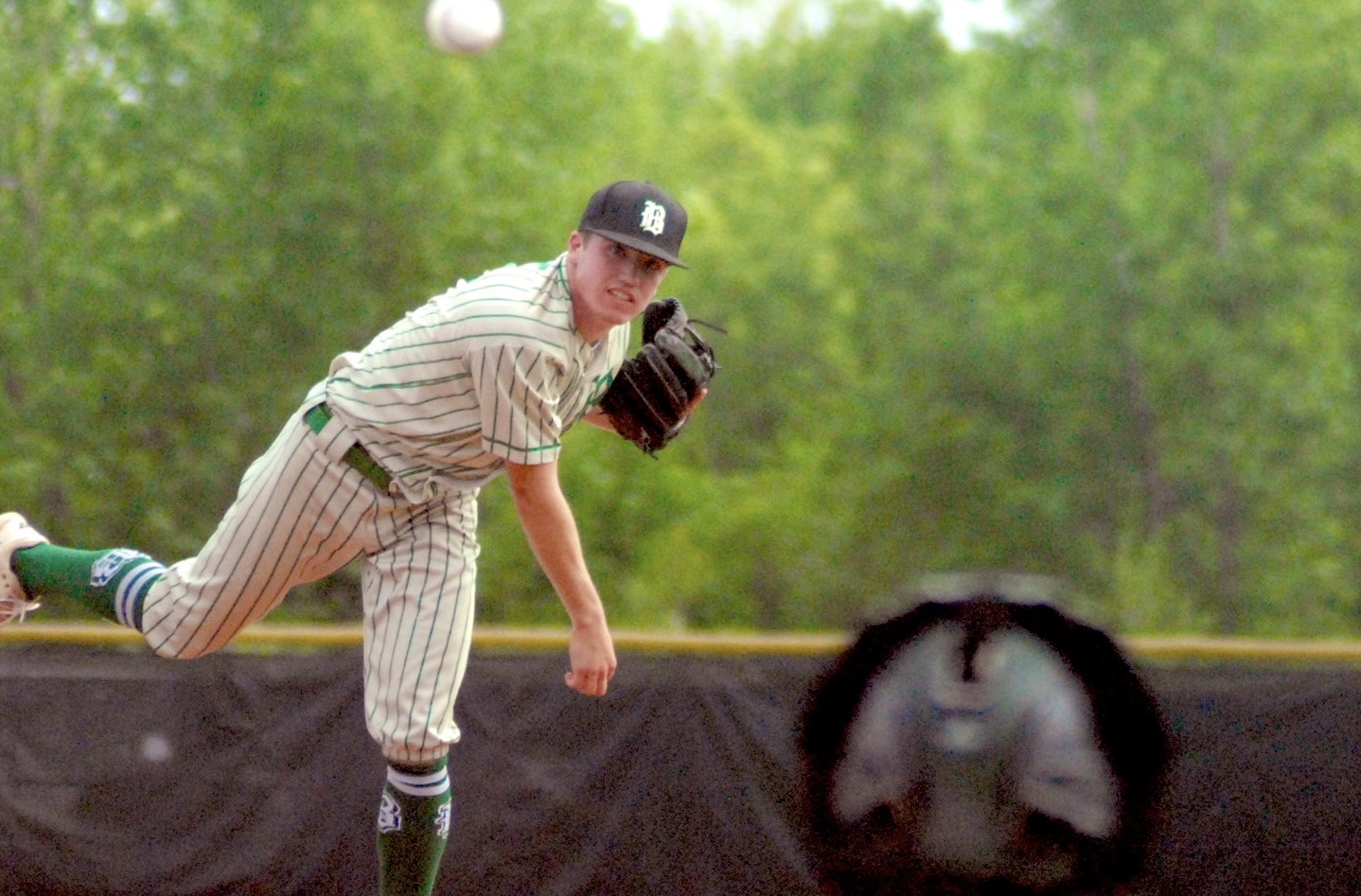 MASON — Behind strong pitching and an early lead, the Badin High School baseball team defeated the Wyoming Cowboys 5-0 in a Division II regional semifinal at Mason on Saturday.

The Rams, who have won seven in a row, advance and will take on Marengo Highland (29-2) tomorrow at 11 a.m. for a regional title.

Badin senior Ryan Kirkendall pitched a complete-game shutout, giving up just 3 hits and striking out 5 batters with only 1 walk. Kirkendall is now 9-0 on the mound.

Badin’s bats were successful early on against Wyoming pitcher Brennan Pagan. The senior had a rough outing, giving up 8 hits, 5 runs and 1 walk. Pagan’s rough day was huge for Badin’s offense as the Rams scored five runs in the second and third innings, collectively.

“As a coach, it felt really good to have a cushion,” Badin coach Brion Treadway said.

Badin (26-5) got a free base when Pagan plunked Kirkendall in the back. Then with two outs in the bottom of the second, Luke McLaughlin blasted a double to right-center field, allowing Fiehrer and Kirkendall to score for a 3-0 lead.

“I went up trying to get a hit to right-center and that’s what happened,” McLaughlin said. “I went up with a good approach, helped my team get two runs, and just did what I could.”

Sergio DeCello’s RBI ground out and AJ Enginger’s score on a throwing error provided the run support needed for Kirkendall.

“Ryan Kirkendall did a good job on the mound keeping us in the ball game,” Treadway said.

The Rams’ fielding was superb as they tracked the ball very well against a Wyoming unit that was aggressive at the plate.

“They were aggressive — their top four were very good hitters,” Treadway said. “I thought Ryan did a very good job keeping them off balance.”