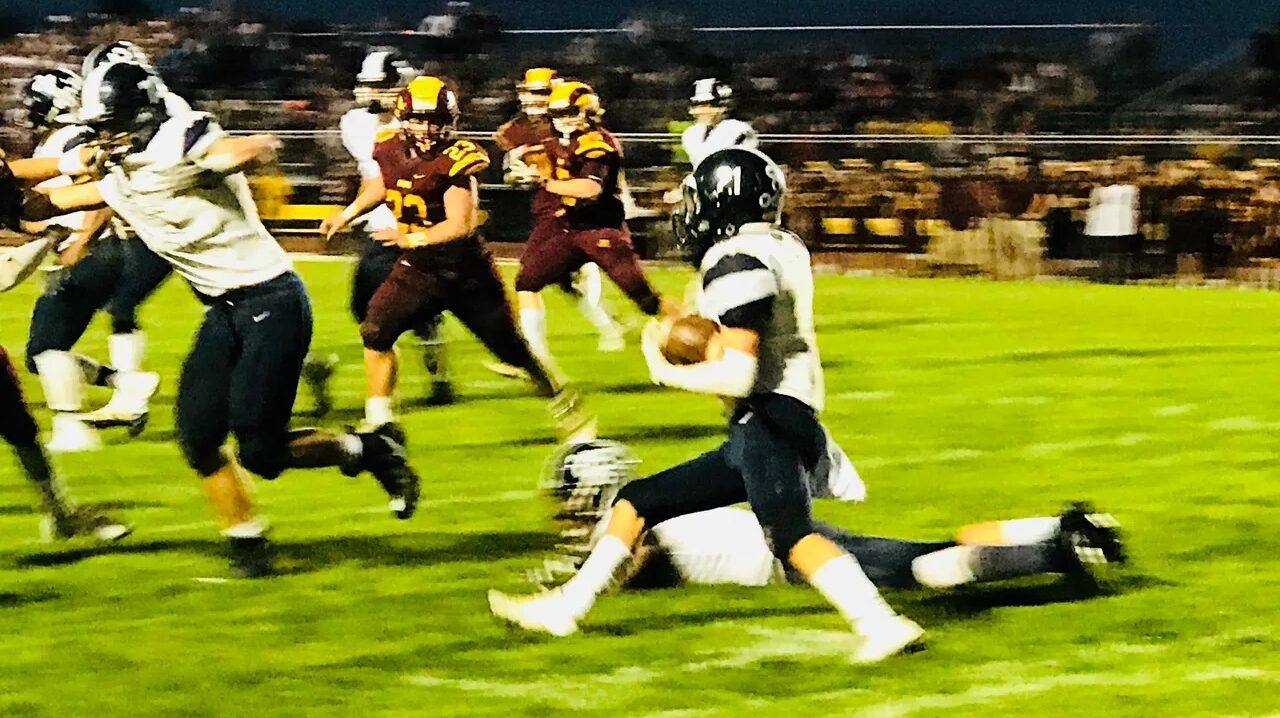 ROSS TWP. — Ross High senior Garrett Boyle ripped through the offensive line on fourth down, grabbed Edgewood quarterback Corbin Craft by the jersey and held on for a sack he’ll never forget.

But he didn’t, and the Rams stunned the previously unbeaten Cougars 10-6 in a Southwest Ohio Conference contest at Robinson Field on Friday.

“It was a hard fought battle,” Boyle said, “Nobody believed in us. I was nervous on their last drive. But I got in there, saw the quarterback and got him.”

The defensive showcase saw plenty of fumbles and hard hits. But there were also plenty of missed chances for Edgewood.

The Cougars were drawn offside 7 times, 4 of which went for Rams first downs.

“We just didn’t play well,” Edgewood coach Scott Clemmons said. “My hat is off to Ross. They played a more physical football game, and there’s some problems we have to fix.

“We can’t hang our heads on this,” Clemmons added. “We will watch some film and figure out what we did wrong.”

Rams sophomore fullback Jackson Gifford scored on a 4 yard plunge to give Ross a 7-0 lead with 4:55 left in the first quarter.