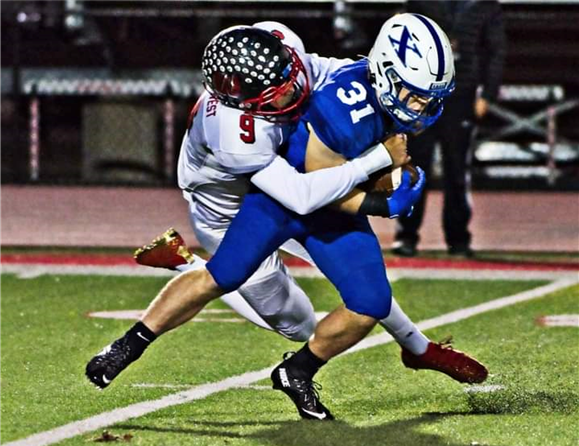 The Firebirds rolled to an 11-2 overall record (7-0 GMC) last season and got a nice push through the playoffs. Firebirds coach Tom Bolden, who is entering his fourth year at the helm, said he doesn’t expect anything less this season with the type of talent he has returning.

“It’s a group of a lot of seniors,” Bolden said. “This is my first group all the way through.”

Lakota West has six defensive backs who have offers from Division I colleges and 10 players altogether.

Players to look out for, according to The Report, include:

Senior quarterback Mitch Bolden — The senior threw for 1,924 yards, rushed for 751 yards and had 31 total touchdowns. He has been the starting since his freshman season.

Senior wide receiver Trent Lloyd — As a junior, Lloyd had 51 receptions for 612 yards and eight touchdown catches. He will be a dominant piece on both offense and defense,

Senior defensive back and wide receiver Ben Minich — As a junior, Minich had 16 receptions for 251 yards and four touchdowns. On defense, he had 49 tackles.

Junior defensive lineman Elijah Davis — He had 47 tackles last season and saw plenty of playing time as a sophomore.

“It’s a new team,” Bolden said. “We’re looking to take that next step this year. We want to win the league again, reach the regional title game and a shot at state.”