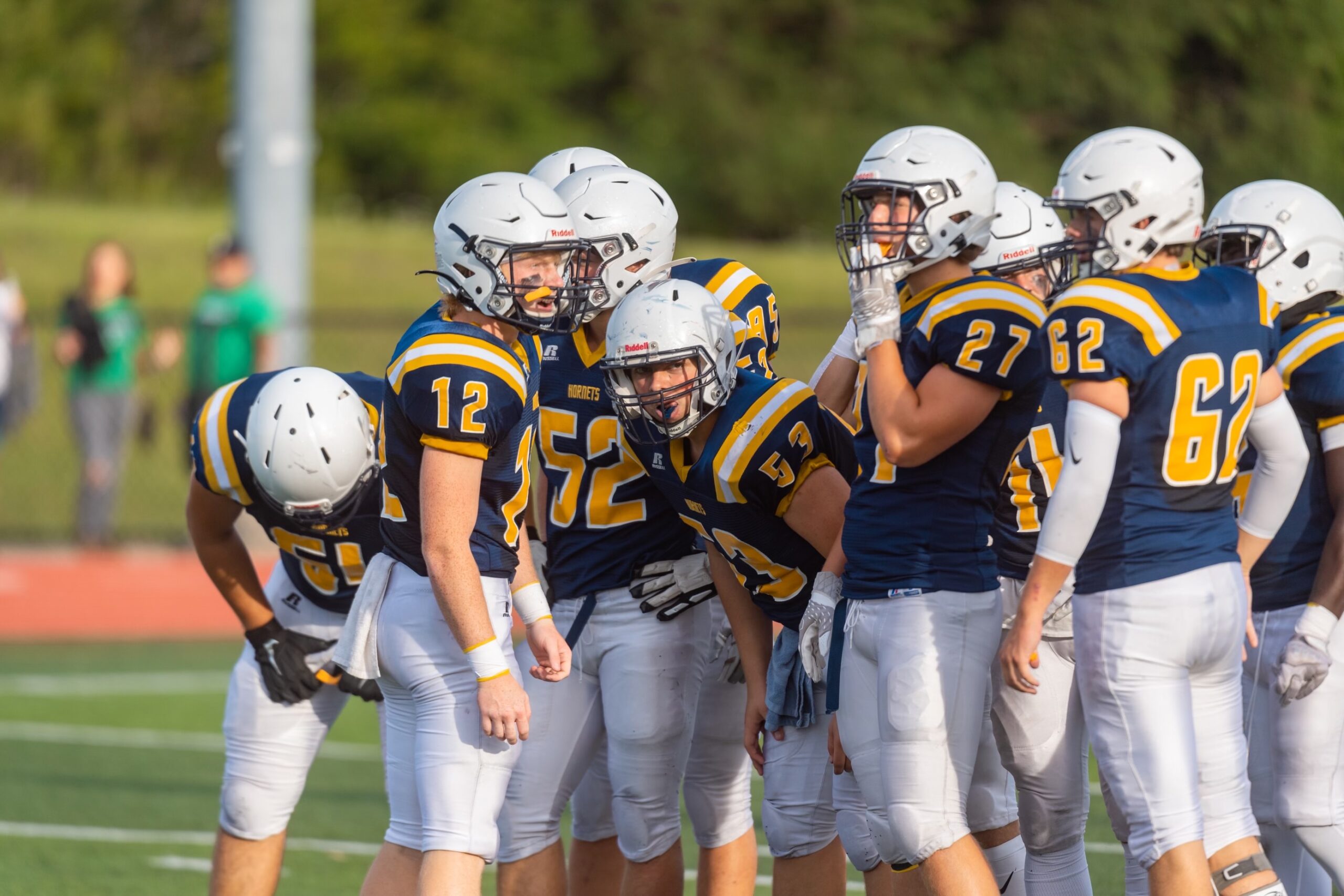 MONROE — Monroe High School football coach Bob Mullins asked his players what he felt was the most important question heading into the 2022 campaign.

“How do you handle success?” said Mullins, who is entering his fourth year at the helm. “We need the players to understand how to handle success.”

The Hornets were just that last year — successful. They finished 8-3 before falling to Alter 10-7 in the opening round of the playoffs.

“Teams are going to make a statement by beating us,” Mullins added. “And that’s because of where we finished last year. We have to learn how to be humble and not forget what got us where we are.”

Mullins said there’s plenty of talent coming back on the offensive side of the ball.

Senior Elijah Jackson is a force for the Hornets’ offense, returning after rushing for a whopping 1,941 yards and 20 touchdowns as a junior.

“He makes things easy,” Mullins said of Jackson. “You always know you can hand the ball off to him. He’s going to get yards. He makes everybody on the team better on the football field, and having him is great. But we’ve got a lot of other guys back, too, who I think people will remember their names after the season as well.”

Mullins said seniors Tysen Rupp and Andrew Sharp will be the anchors on the line.

Senior Konnor Loper is back at tight end and will see some action on the defensive side as well.

“Our line isn’t as big as it was last year,” Mullins said. “But they’re athletic, they move better and they’re faster. We’re excited to see what they can do.

“A lot of people always pointed at our offensive accomplishments last year,” Mullins added. “But we were really playing some good defense the last four weeks of the season. That unit really gelled together.”

Mullins said the defense only lost one starter from that 2021 squad.

“The strength of our defense this year is going to be our front seven,” Mullins said.

Other prospects to look out for, according to The Report, are seniors Jon Rasnick (C/DL), Wyatt McPherson (WR/DL), Aiden Sargent (WR/LB) and Logan Dooley (OL/LB).

“Each team is uniquely different. They all bring something new to the table,” Mullins said. “I’m going to think of one word that I think describes our current seniors and it kind of sets the tone for our program and that is ‘winners.’ They are a group that has worked really, really hard through their four years they’ve been with us. They’ve really become winners. They compete like crazy, and they want to win in everything they do.”