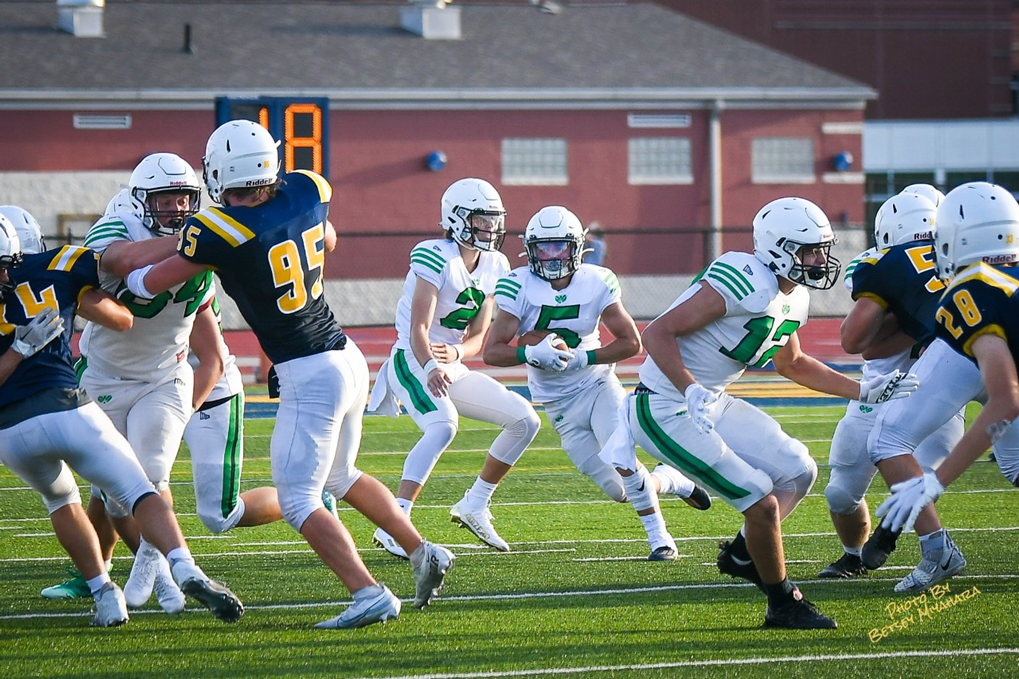 HAMILTON — The Badin High School football team accomplished something it hadn’t done since 1990. And that’s reach the state title game.

But according to Rams coach Nick Yordy, it’s all in the past.

“It’s no secret — we had a lot of seniors last year,” Yordy said. “And people know that we relied heavily on them. They left their mark. They did some pretty incredible things. But now some of these younger guys have to step up. And I think we’ve got some guys who are capable of doing that. We’re trying to figure out who they are.”

The Rams went 14-1 a year ago before falling to Chardon 21-14 in the state championship.

“Last year was great. But last year is over with,” said Yordy, who enters his sixth season at the helm. “We’ve got to start over and go back to the basics. We’ve got to go out and compete.”

Badin opens things up on the road against Villa Angela-St. Joseph at Case Western University in Cleveland.

“We’re not going to change a lot of what we do,” Yordy said. “We kind of have to adapt to the personnel that we’ve got. I think we’ve created a system with what we’re running.

“We’re going to stick to the cliché things and do what we do and control the little things and hopefully that’ll take care of the bigger things,” Yordy added.

Senior wide receiver and defensive back Braedyn Moore had a stellar season in 2021. As a junior, he had 61 receptions, 655 receiving yards, four touchdown catches, 1,138 all-purpose yards, 54 total tackles and seven interceptions.

“We’ve got the same expectations as last year,” Moore said. “We want to accomplish winning state — not just getting there.

“We’ve got a lot of younger guys and a lot of discipline,” Moore added.

“This year we came together a lot faster,” Martin said. “We molded quicker than we did last year. It’s easy for us to get along and play with chemistry. We were young but we had a lot of seniors. With some of us back and having that friendship mentality is what holds us together.”