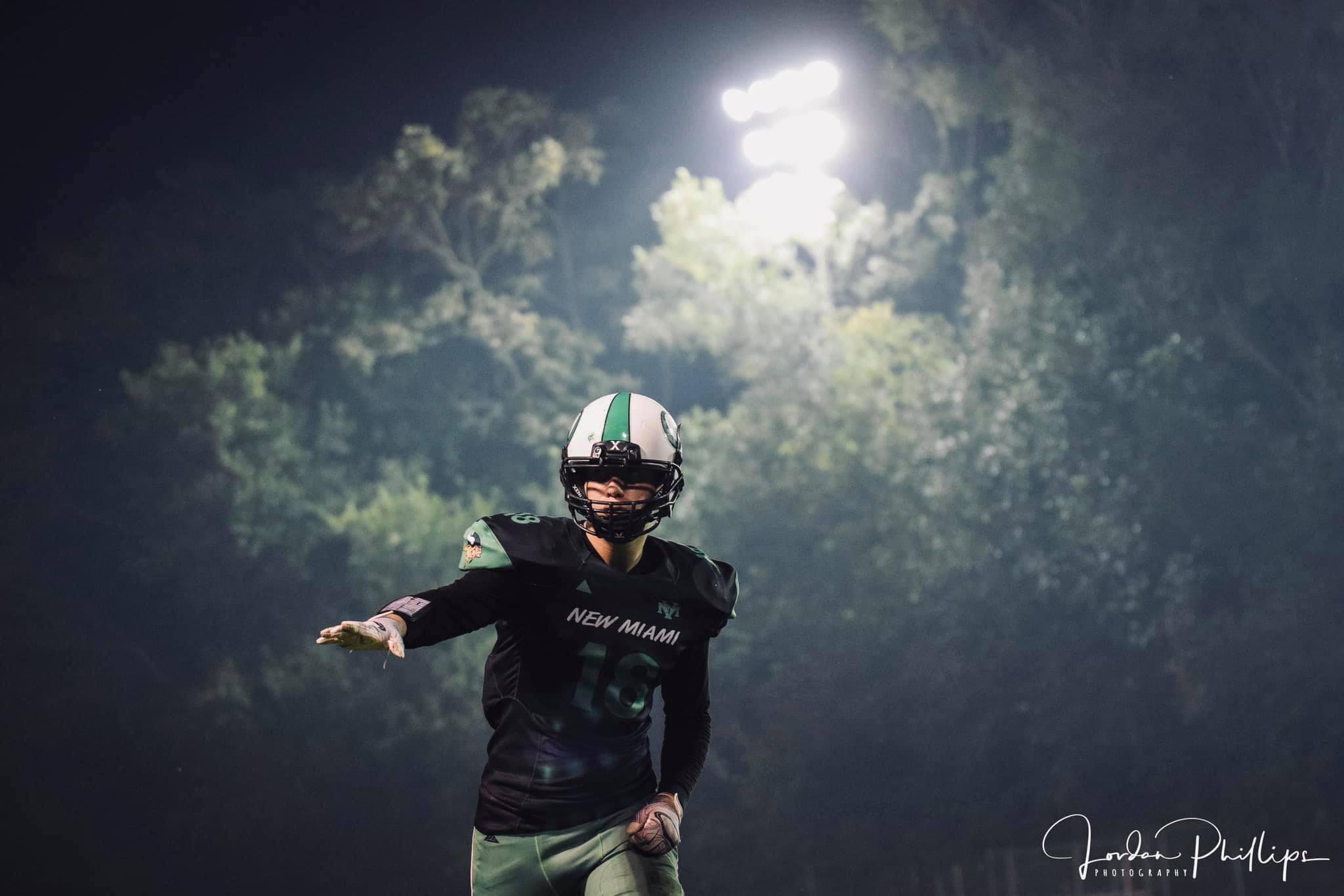 NEW MIAMI — The New Miami High School football team watched some of last season’s film about two weeks ago. Vikings coach Andy Stuckert put together a 45-minute tape of big plays for his current players to look over.

“I asked one of our guys why we showed them it,” Stuckert said. “Emryk Moffitt our quarterback said, ‘Because everyone who made a play is still on the team.’ And I told him he was exactly right. We’re building confidence with this team.”

Stuckert said while New Miami went 2-7 in 2021, the third-year coach doesn’t see that as a negative.

“We’ve been very transparent with the kids as a coaching staff. We’ve got a lot of good young talent coming back,” Stuckert said. “So these guys have seen the field more than enough to understand what type of players they can be.”

Stuckert said having Dominick Goodman back at offensive coordinator is huge. He worked with Moffitt, a senior, who is coming back to man the duties at quarterback.

“Everything starts with those guys,” Stuckert said.

Playing on both sides of the ball is part of the New Miami football resume. And Stuckert said 2022 will be no different.

“We’re going to try and stay healthy and be smart about games this year,” Stuckert said. “Some of our guys are going to be going hard on offense and defense. And they understand that.”

Returning on the line will be senior Dontez O’Neal and junior Preston O’Neal, who are brothers. Joining them on the line is senior Daymeon Pennington.

“Daymeon is super strong and has put in a lot of work in the offseason,” Stuckert said. “He will be the anchor and a returning captain.”

Senior Jackson Caldwell will also play a big role as a lineman.

“He’s received some looks from colleges,” Stuckert said of the 250-pound Caldwell, who was injured for half the season last year. “He is a monster. He’s made a great return. I know he will be playing football on Saturdays in the future.

“We’re trying to change the culture,” Stuckert said. “We want them to wear the football jersey because they’re part of something bigger than the school. It’s supposed to be a brotherhood, and we’re supposed to act a certain way because of that.”