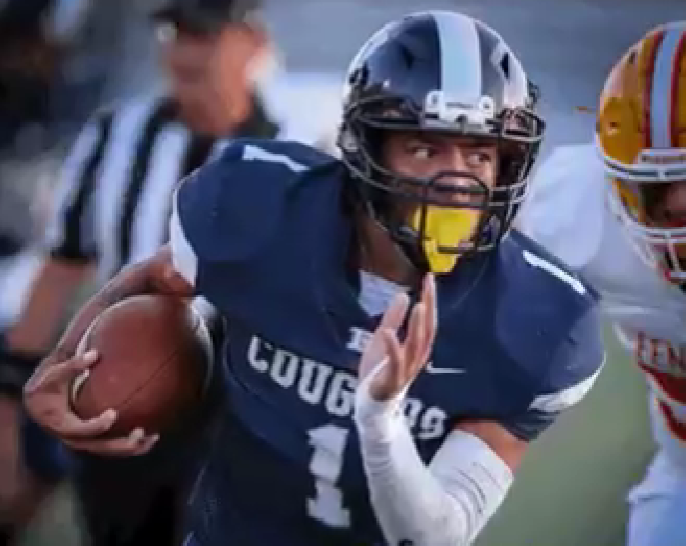 And the Cougars have that momentum in mind as the 2022 stint approaches.

“We always talk to the boys about playing with effort and execution,” said Edgewood coach Scott Clemmons, who is entering his 11th season at the helm. “This is a new year. I tell the guys that you’re not the league champs right now. It just doesn’t happen. We can build off of it. But you have to strive for it. You have to strive to want to come back and get that league championship.”

The Cougars finished 9-3 overall and 5-0 atop the Southwest Ohio Conference.

To get back there again, Clemmons said there’s one thing that will set Edgewood apart.

According to Clemmons, the Cougars will be fielding their leading rusher and top three receivers from 2021.

Senior running back Tavionne Crosby will return for his fourth year as a Cougar, after rushing for 1,278 yards and 23 touchdowns a season ago.

Junior Braden Sullivan could have a breakout season in the offensive backfield, Clemmons said. “He can catch the ball, too.”

Senior defensive back Brick Barker will be the spearhead in the Cougars’ secondary. Barker had 97 total tackles and recovered four fumbles while taking three of them to the house.

Senior Jake Valerio could be used as a multi-purpose back and is expected to do big things again in the defensive backfield. He had 75 tackles and seven fumble recoveries as a junior.

Anchoring the line will be juniors Luke Halsey and Kohen Moore. Senior Evan Swartz will be back at the tight end position.

Other prospects to keep an eye out on, according to The Report, are junior Wyatt Walker, senior Phillip Johnson, junior David Rumpler, senior Mason Green and senior Layne Howell.

“Every class brings something different,” Clemmons said. “We always talk about tradition. And they understand that.