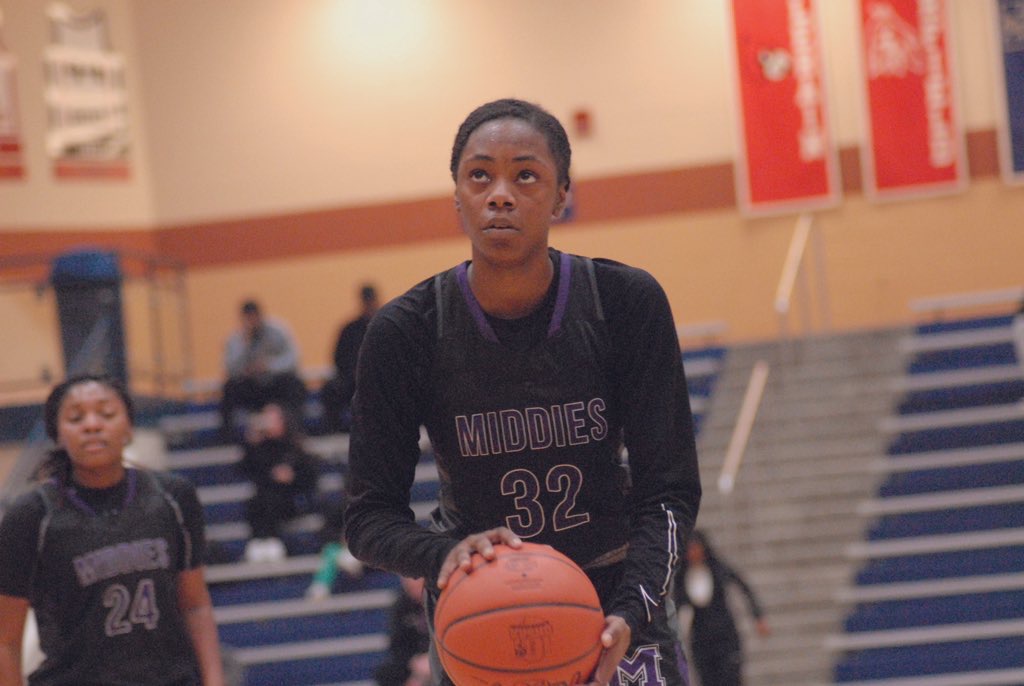 “I liked our press and our transition. We stayed poised tonight,” Edwards said. “That was able to keep us ahead in the second half. We didn’t turn the ball over and held on to win.”

The momentum continued into Wednesday for the Middies.

“This is a good win. It’s a good win against a rivalry team that the girls really looked forward to,” Toliver said. “We’re a team trying to find our way through the GMC, which is always going to be a grind.”

Hamilton, which has lost five in a row after getting its first win of the season at Northwest on Dec. 19, was led by sophomore O’Marionya Kirkland’s eight points.

Freshman Zariyah Bryant had six points and 10 rebounds for the Big Blue, while sophomore Sarai Carter came off the bench and scored four points and grabbed 10 boards.

“Our girls are starting to build a little chemistry,” said Hamilton coach Ciera George, who is in her first year at the helm. “We’re telling the girls that it’s really not that hard to get things going when you’re moving a little bit.”

Middletown got things going in the first half as the Middies built their largest lead of the game at 21-7 when Edwards knocked down a 10-foot jumper with 2:25 left in the second quarter.

Hamilton responded back with a 12-2 run, which was capped off by a Kirkland bucket that cut the Middletown lead to 23-19 with 5:30 showing in the third.

That’s when the Middies, who forced the Big Blue into 29 turnovers, started to pull away.

“The girls are beginning to understand what is in front of them and being consistent, playing hard and being held accountable,” Toliver said. “They understood what they had to do in the second half.

“One of the things we’re doing right now is setting short term goals — win a quarter here, win these two minutes, win these three minutes,” Toliver added. “We’re playing hard in spurts, and they’re figuring out how to play on their own, instead of me trying to coach them to do everything.”

George said the results haven’t been a key focus during her first season at Hamilton. She’s more so impressed with the direction things are going production wise.

“A lot of it has been mental for us,” George said. “Our ability to adjust when things aren’t working well is going to be a big part of our success.”

Middletown beat Hamilton 60-37 in the first meeting this season on Dec. 3, and George used that as a measuring tool.

“To me, this is progress,” George said. “We have a lot to be proud of. We’re starting at ground level. We had to knock everything down, break layers and build a new foundation. So that’s what this year has been about.”

“The reward for winning today is that we have the No. 1 team in the state next,” said Toliver, whose Middies host Mason on Saturday.

Hamilton also gets back to action on Saturday at home against Fairfield.