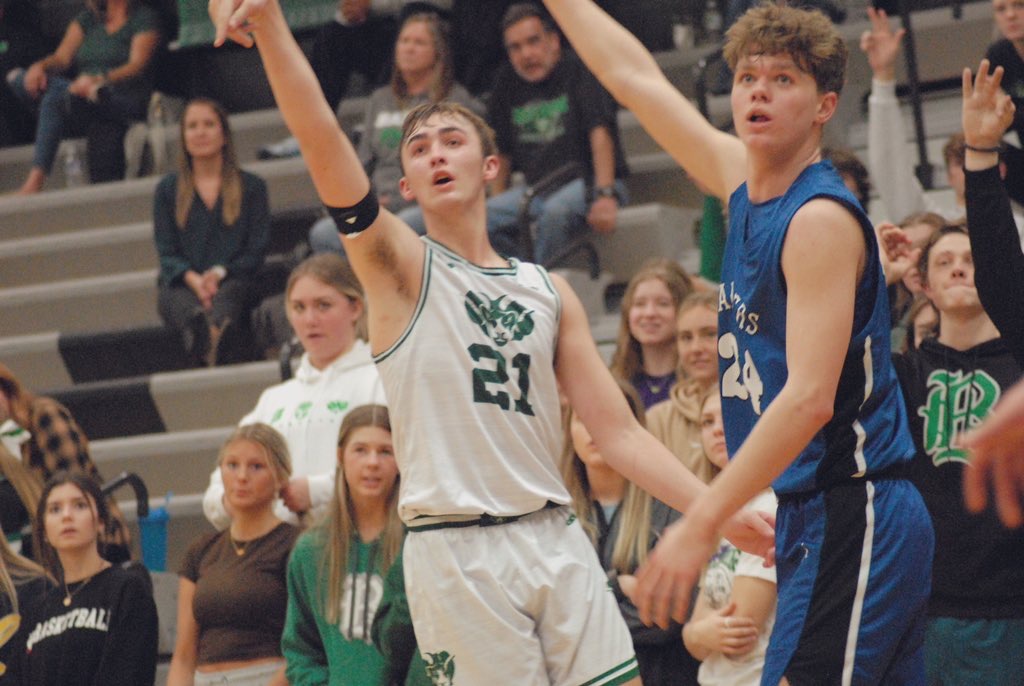 Five players scored in double figures, and the Rams took Springboro to overtime in their best offensive performance of the season before surrendering a 67-66 defeat at Mulcahey Gym.

“This game proves that they can compete with anybody on our schedule,” said Badin coach Pat Kreke, whose squad slipped to 1-12. “If they put out this effort, and get the execution, they’ll be in every ball game.

“They keep coming back for practice,” Kreke added. “They keep bouncing back to show that they’re ready to keep competing. That’s what tonight was all about.”

The Rams had the ball — and the game — in their hands on top 66-65 with 20 seconds left in the extra frame. But an errant inbounds pass from senior Pate Goldberg was stolen by Springboro’s Maxim Butler.

Will Yates got the ball after the steal, and the junior attacked the rim. Badin’s Cooper Ollis fouled Yates before he went up for a shot to set up an inbounds play under the basket.

“I knew who I wanted to have the ball,” Springboro coach Brian Bales said. “I wanted to get the ball back in Will Yates’ hands.”

Yates got it again with 10 seconds left, drove the middle of the lane and tossed up a game-clinching leaner from inside the key.

Badin got it down the court in a hurry, and junior Grant Wissman — who drained the go-ahead 3-pointer that put the Rams ahead 66-65 — took the final shot as time expired.

The ball missed the left side of the rim, sending Badin to its fourth loss in a row.

“There’s no reason we didn’t handle it better at the end. There’s no reason for that,” Kreke said. “It’s still varsity basketball. That’s one play out of 1,000 that went on through the night. A rebound here. A boxout here. Free throws here. Those all make a difference. It isn’t one play at the end.

“But tonight, I couldn’t have been more proud of them,” Kreke added. “I was as proud as could be — of the effort and scoring with the basketball. We have not been able to score all year long.”

Butler scored a game-high 21 points to lead Springboro, which moved to 7-8. Jerome White had 17, and Yates finished with 12.

“I don’t know that you can get out there in any type of practice and duplicate what you’re doing in a game against a team like that, and athletes like that — not with the quickness, not with size,” Kreke said. “So it’s hard to duplicate those kinds of things in practice.”

Badin owned its largest lead at 28-18 after a 10-2 run was a capped off on a Goldberg 3-pointer with about four minutes left in the second quarter.

The Rams held the advantage up until Butler knocked down one of his three fourth-quarter treys to give the Panthers a 53-51 lead with six minutes left in regulation.

Ritzie hit a bucket to tie it at 63-all, and then Badin got a defensive stand to set up the final shot of regulation. Ritzie fired another one up from the top of the key that caromed off the rim, which sent it to overtime.

Both teams get back to action on Friday. Badin hosts Alter, while Springboro faces Fairmont at Trent Arena.