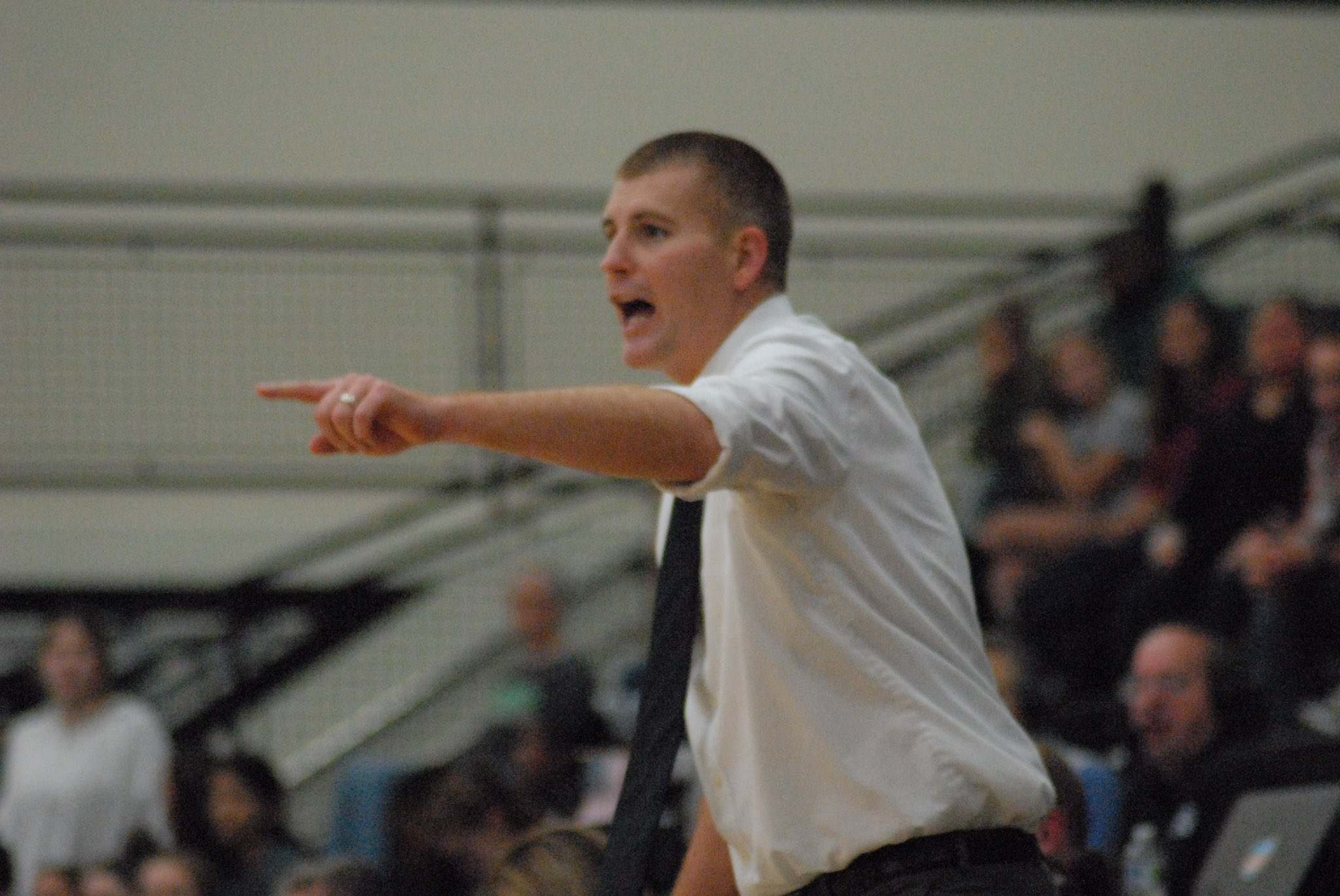 LIBERTY TWP. — Dan Wallace doesn’t like to disappoint. He’s always been that type of person.

The Lakota East High School girls basketball coach said it’s no different when he’s on the court with his Thunderhawks.

“I’m going to be completely honest. I’ve got a phobia of letting our players down,” Wallace said. “I always want to be prepared and in the best position possible for our kids to succeed. You can never be too comfortable going into a game and knowing too much about the other team.”

Hours of film watching and the amount of dedication focused on mentoring girls hoops at the high school level has paid dividends for Wallace, who collected his 200th career coaching victory on Wednesday when Lakota East defeated Fairfield 52-23.

“It was great to have done this on our home court,” said Wallace, who noted that Wednesday’s game was Hoops for Hope, which centered on raising awareness for mental health causes. “The win made the night even more special.”

Wallace said achieving the milestone victory is just another chapter in the type of season his Thunderhawks are having.

Lakota East is off to its best start in program history at 15-1 and currently owns a 14-game winning streak. East is ranked No. 2 in the state.

“I don’t do this for me,” Wallace said. “I didn’t know today was going to come so fast. For them to jump out to 15-1 and do it the way we’ve done it and beat teams we’ve beat, it’s really special.”

Wallace said when he took over at Lakota East in 2018, the program was in need of a rebound. He said hard work and dedication from his coaching staff, his players and the community are to be thanked for the team’s successes to this day.

“I can’t lie. There’s a lot of hard work that goes into wanting to create a successful program,” said Wallace, who spent three years as Colerain’s basketball coach and then five at McAuley before making his way to Liberty Township.

“I’m humbled enough to feel awkward being recognized,” Wallace added. “This just didn’t happen because I’m at Lakota East. It’s not just here. Colerain had good success, and I was blessed with talent there. Then going to McAuley, there were great players and great assistant coaches. Without people behind you and backing you up, a lot of this couldn’t be done.

“But a lot of time is taken away from family, so there’s my wife (Jody) to thank, along with the many assistant coaches and current and former players I’ve had the privilege of coaching.”

Wallace didn’t expect the reception he got after the Thunderhawks clinched Wednesday’s win, but he said it felt good. Wallace was showered with gifts, T-shirts and even letters from those he’s coached in the past — and those he’s coached against.

“That’s the reason you do this job,” Wallace said. “You compete against each other, and you also respect each other.”

Wallace said he wasn’t the average basketball player, and he didn’t play competitively much.

“There’s been a lot of self-teaching,” the coach said before naming off a few of the area’s best at the same position — which included longtime coaches Mary Jo Huismann, who is currently at Talawanda, and Lakota West’s Andy Fishman. “Those are the people you want to learn from, even if you’re competing against them.”

Wallace, who is the physical education teacher at Woodland and Union elementaries in the Lakota district, is a 2001 Northwest graduate and received degrees at Ohio State and Xavier.

“I couldn’t be happier for Coach Wallace and the girls basketball program,” Lakota East athletic director Jill Meiring said. “Coach has instilled a winning mindset throughout our program, but, more importantly, he genuinely cares for each athlete and wants to see them succeed in life and on the hardwood. His work ethic and passion for basketball have been instrumental to the success of our program over the last five years.”

“Being a young coach, you find different ways to do things,” Wallace said. “You’d find ways to battle, but you’re also coaching and doing things the right way. I’m a believer of the whole, ‘If you build it they will come.’ That’s what makes me proud of the work that’s being done.”