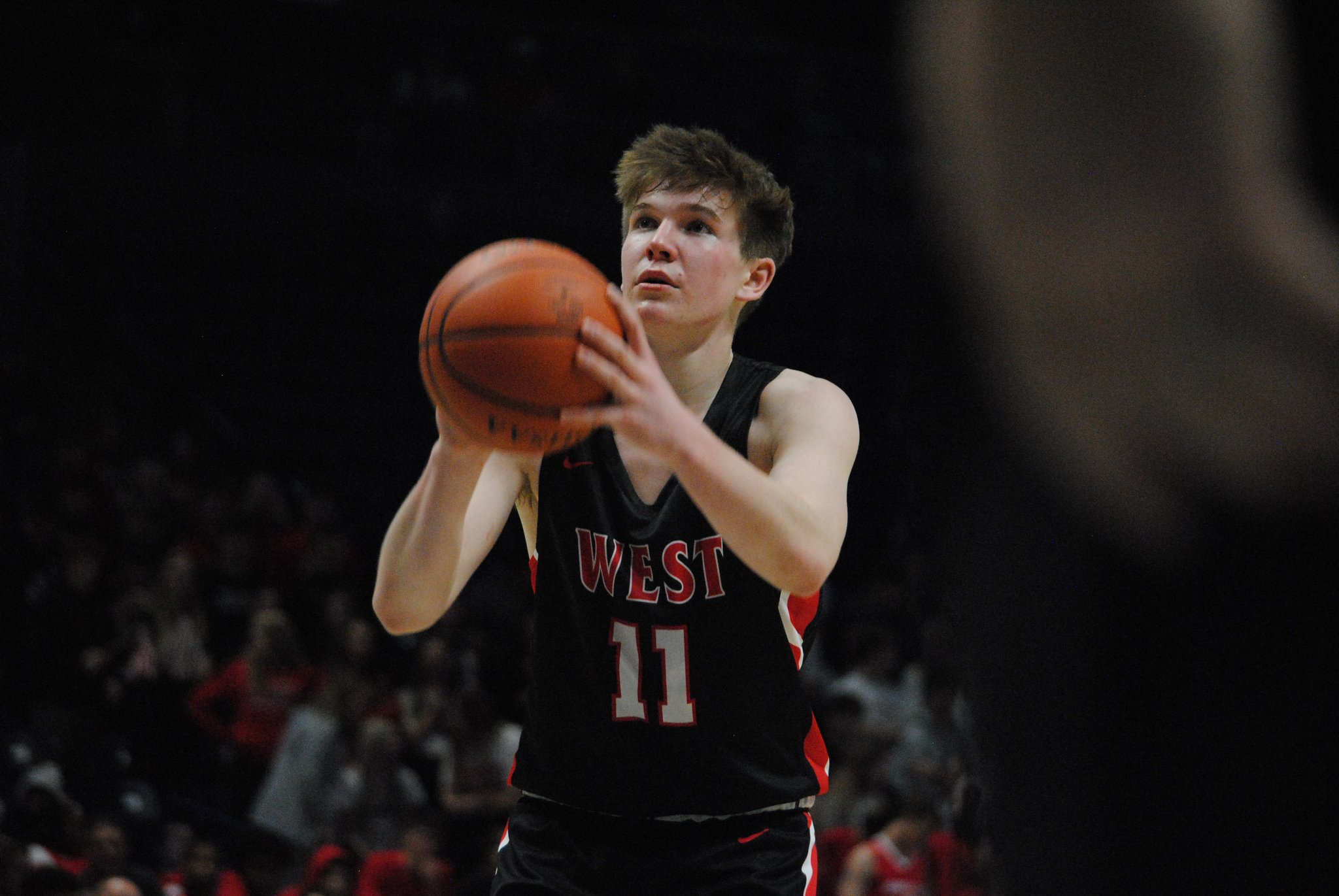 WEST CHESTER TWP. — Lakota West guard Carter Combs said it was just another time spent out on the court.

“Honestly, we were playing another game. That’s all it was,” the senior said of his contest against visiting Fairfield back on Jan. 28. “But it seemed to be our night, and I couldn’t miss. My teammates got me open, and I don’t think I was missing any shots.”

Combs, who bucketed 5 points in the first quarter, ended up etching his name in the Lakota West record books by scoring a school-best 35 points to help the Firebirds take down the Greater Miami Conference rival Indians 87-79.

“He’s right. It really was exactly that — another game for us. I had no clue how many points he had until after it was over,” Lakota West coach Jim Leon said. “I look back at his performance and that game, it was a catalyst for how our season turned out.”

Combs broke the oldest record in the Lakota West record book by eclipsing Dan Hutzelman (1997-98) and Andy Dunn (2000), who each had 34 points in a game prior.

Combs netted a free throw for his 35th point with 14 seconds remaining, and he also contributed with 6 steals.

“My mom was out of town that game. She was bummed she didn’t get to see it, but my dad and I got into the car to call her and let her know the news,” Combs said. “She was pretty excited.”

“He caught fire,” Leon said. “Carter began to play really well the rest of the season. He gained a lot of confidence from that game.”

Leon said the GMC win was the jumpstart his Firebirds needed to make a successful run through the rest of the 2019-2020 stint.

Lakota West, which had lost 7 out of its last 8 games heading into the Fairfield contest, reached its furthest point in the Division I postseason since 2006.

“Carter was our leader, and I can’t stress enough as to how much he contributed to making this one of our best seasons in a long time,” Leon said. “We’re extremely sad that our season ended. Carter poured everything into it. He’s a resilient kid. I think he was able to walk away from his high school career at a level that he wanted to get to. I hope he keeps that record for a long time.”

Added Combs, “When I was growing up, I was looking up to a lot of players, wanting to be like them and have the record. But thinking back on that night, I wouldn’t have been able to make it happen without the guys around me. We were all playing well, and it showed because of how our season went after that.”