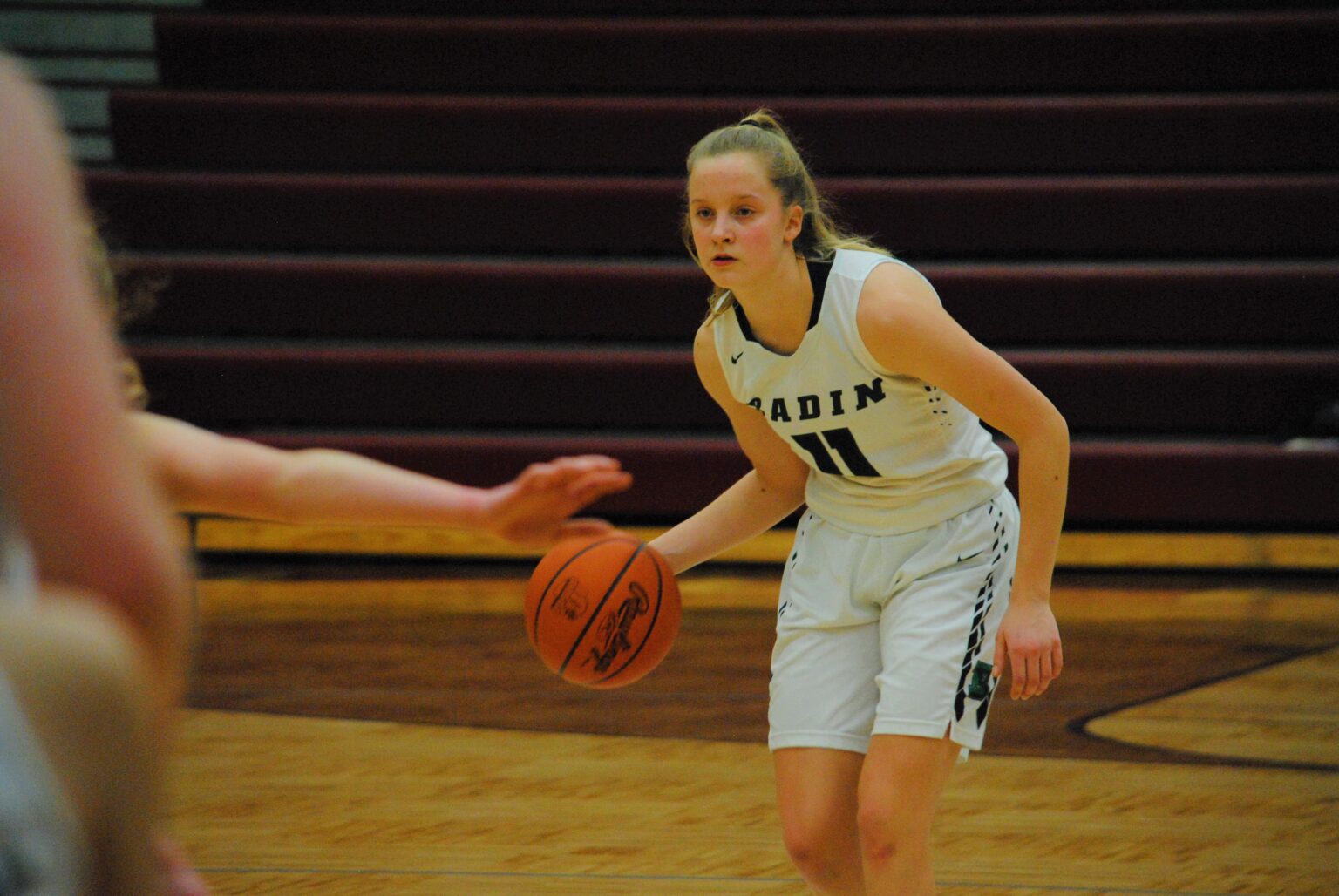 HAMILTON — Badin High School’s Jada Pohlen wasn’t for certain if she’d even have the opportunity to finish out her game against host Fenwick back on Dec. 9.

“I wasn’t myself that night — mainly dizzy. Something wasn’t normal with me,” said Pohlen, who sat out during a portion of the Greater Catholic League Coed contest until the middle of the fourth quarter. “I really didn’t know exactly what it was. But, I had to tell myself that I needed to just suck it up. I know I had to play through. I was fine.”

The Rams had fallen to an early 14-7 deficit to the Falcons after one quarter, and Pohlen noted that things were an uphill battle from that point on.

“They had a good plan for us. They scouted really well. They did their homework, that’s for sure,” Pohlen said. “We did not plan on being down the whole game. But, we didn’t give up. It got pretty intense at the end.”

And then, gradually, Badin made a surge and stayed around for good.

“I remember this vividly,” Rams coach Tom Sunderman said. “We were making our comeback, and Jada comes out because she was sick. As a coach, when a player typically goes out sick during a game, you’re automatically thinking she isn’t going to come back in.

“It was about four minutes to go, and Jada told us she wanted to get back in there,” Sunderman added. “That’s when she scored 10 points when she got back out there and seven straight in the last 3:30. I think we may have taken the lead at one point with about a minute to go.”

Sunderman said Fenwick eventually got off the free-throw line with the game tied at 42 in the waning moments. Badin brought the ball up across halfcourt with 5.7 seconds left to play before calling a timeout.

“I honestly couldn’t tell you what the play was that was drawn up, and it was a little confusing with how quickly it was drawn up,” said Pohlen, who took an inbounds pass near the Badin bench after the timeout. She looked for an open teammate after some down screens were made, but nothing was there.

“That’s when I realized that nothing was happening. So I had to take it myself,” Pohlen said.

Pohlen drove towards the right of the lane near the baseline before going up for a quick fadeaway jump shot. The ball left Pohlen’s hands at about the one-second mark and sailed over the outstretched arms of a Fenwick defender.

“The entire game, I heard Fenwick’s coach yelling, ‘That’s all she does is drive,'” said Pohlen, who finished with a game-high 18 points that night. “I just had something that clicked in me that said, ‘Let’s make this. I’ve got to make this — especially against Fenwick.'”

“I was impressed with the shot,” Sunderman said. “That’s an extremely hard shot to make, especially in those circumstances.

Added Sunderman, “It was that shot that sort of gave these girls some momentum in a time that we were experiencing some major setbacks and some adversity.”