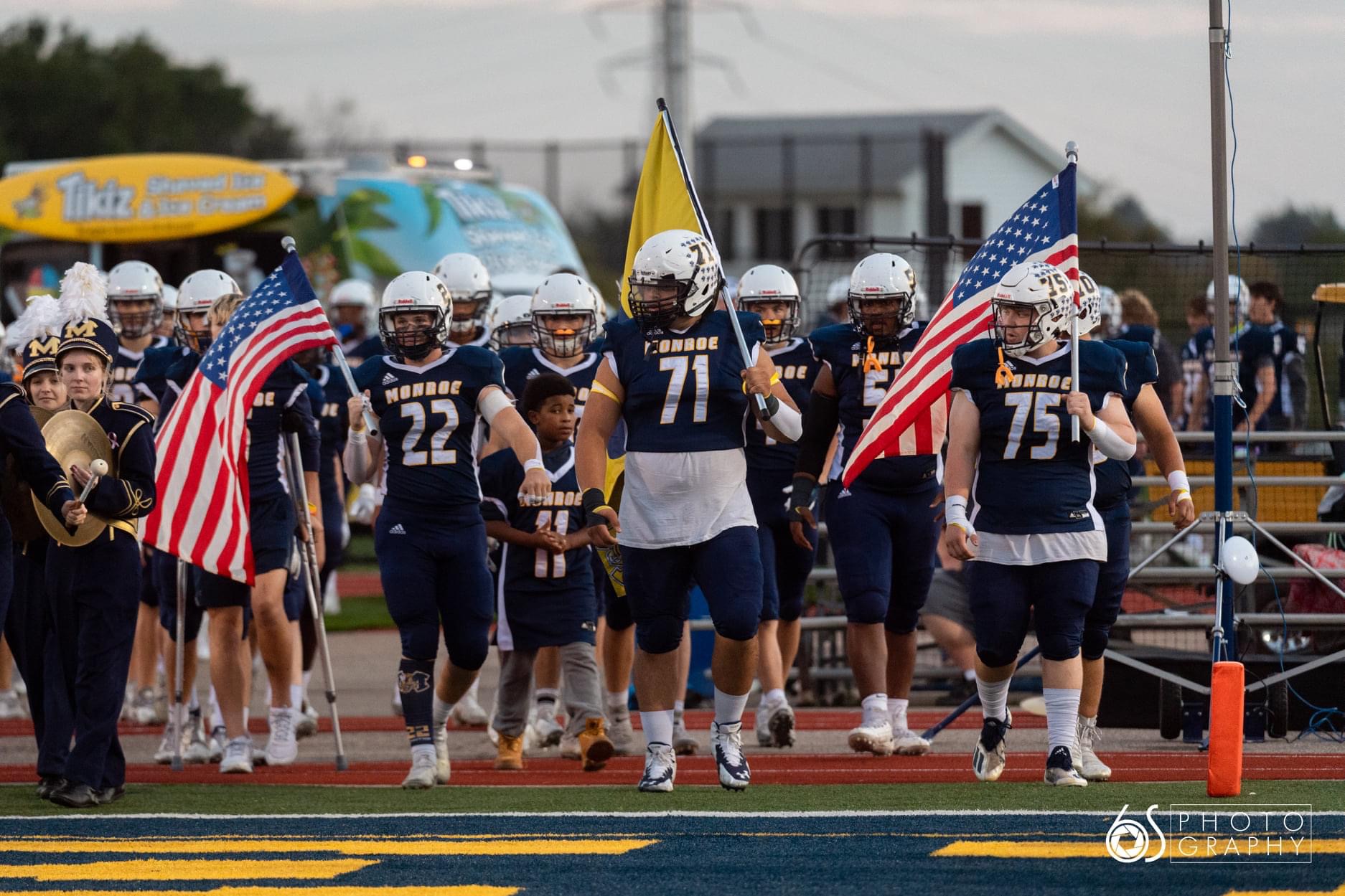 It was the first conference defeat (5-1 SWBL, 7-2 overall) for the Hornets, who were hoping to gain some momentum with a win heading into the final week of the regular season.

Monroe coach Bob Mullins mentioned how young and talented his team can be but said there were times that execution was lacking.

“We knew that game would be physical I thought our kids matched their physicality but we made too many mental mistakes,” Mullins said.

After recovering an onside kick on the opening kickoff at the Bellbrook 48-yard line, the Monroe offense did not take advantage of the short field — turning the ball over on downs.

Bellbrook would go on a drive that lasted close to five minutes with senior fullback Nick Etienne scoring on a nine-yard touchdown run. To add injury to insult, Bellbrook recovered their own onside kick attempt at Monroe’s 33-yard line.

The Eagles once again bled the first quarter clock, wearing out an already exhausted Monroe defense. Senior running back Seth Borondy got the touchdown on the first play of the second quarter for the 14-0 lead.

Monroe got the ball for the first time since their first possession in the opening quarter. The Hornets leaned on junior fullback Elijah Jackson as they got the ball down to the Bellbrook 11-yard line with 6:44 to go in the half. Running back turned quarterback Ryan Mills was sacked the next play. That played stalled the drive, forcing the Hornets to settle for a field goal, facing a 14-3 deficit with 3:40 to go. Bellbrook added to that deficit on a trick pass play by Borondy to Ethan Jenkins for a 51-yard touchdown.

Bellbrook coach Jeff Jenkins stated it wasn’t the greatest pass but he was glad that Borondy made it for the 21-3 lead with 1:39 left in the half.

“Borondy dictates so much attention,” Jenkins said. “It something we practiced for about a few weeks and we anticipated it was going to come open the way he’s been running the ball.”

“I saw that corner bite hard, so I was like alright its wide open and just toss it up to him made sure he at least caught,” Borondy said.

Monroe started at their own 36-yard line with 1:39 on the clock. The offense moved the ball down the field ending up at Bellbrook’s 17-yard line with 37 seconds left. On second down Mills saw wide receiver open in the back of the end zone. The ball unfortunately floated in the air too long with Gavyn Roop catching it for the interception. It was the mental mistakes that coach Mullins spoke about that took left this team deflated. The Hornets only managed 179 total yards on offense, well below their 425.6 average for the season.

“We’re a good team, well regroup and be ready for Eaton next week,” Mullins said.

Next week Monroe will go on the road to face an undefeated Eaton team.