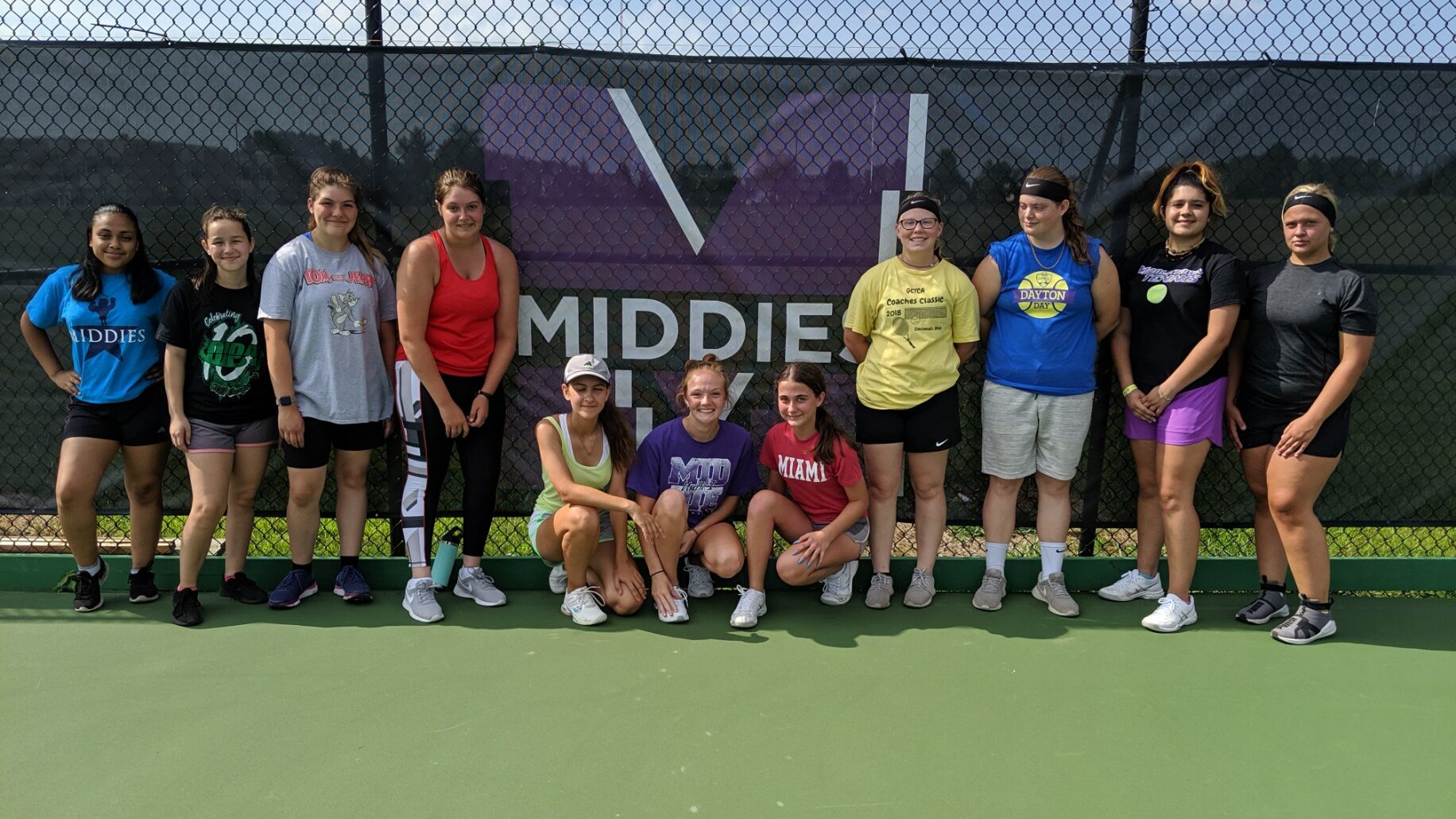 According to fourth-year coach Seth Fair, that heightens the expectations for his Middies.

“We have a very experienced group, so we should be very competitive,” said Fair, whose Middies are coming off a 12-7 overall, 3-6 Greater Miami Conference record a season ago.

“That was the best record in the history of the program and the highest GMC finish since 2007,” Fair added. “Expectations are high for the Lady Middies tennis team.”

“We’ve slowly been creeping up the standings in the Greater Miami Conference,” Fair said. ” We expect to be over .500 overall again with a shot at matching last year’s outstanding record.

“We have a more difficult non-conference schedule with the addition of Fairmont, Harrison and Ross.”

Middletown, which has increased its win total within GMC play each of the last three seasons, kicks things off on Friday, Aug. 9 at Northridge.