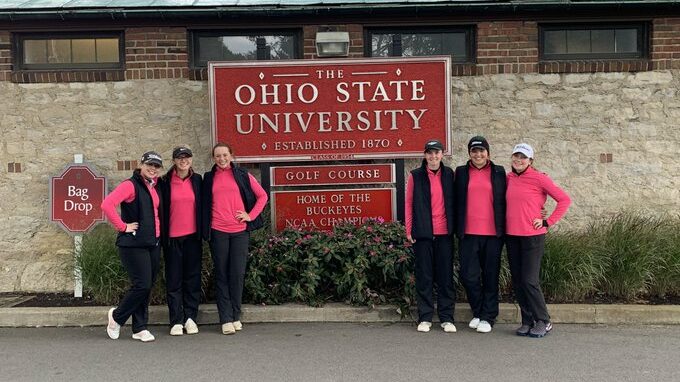 LIBERTY TWP. — The Lakota East High girls golf team is poised to get right back to where it left off a season ago.

“We have some golfers with the added experience that will make things better for us,” said Thunderhawks coach Ali Green, who is entering her second season at the helm and fourth overall with the program.

“We also have a very promising freshman class coming in this year. Hopefully, we can make a run at the GMC title and qualify for state again.”

The Thunderhawks went 6-2 last season, placing second at the Sycamore Invitational, second in the GMC Tournament, second at sectionals, third at districts and fifth at State.

Lakota East graduated GMC Athlete of the Year Bree Wilson, who went on to further her academic and golf career at Rhodes College.

“I am very excited to get our season underway,” Green said. “With having four returning starters, I feel confident that we should have a successful season this year.

Honigford averaged a GMC fifth-best 40.6 a season ago, while Bernardo fired a 41.6.

The Thunderhawks tee off against Pickerington on Friday, Aug. 9 at Turnberry Golf Course.