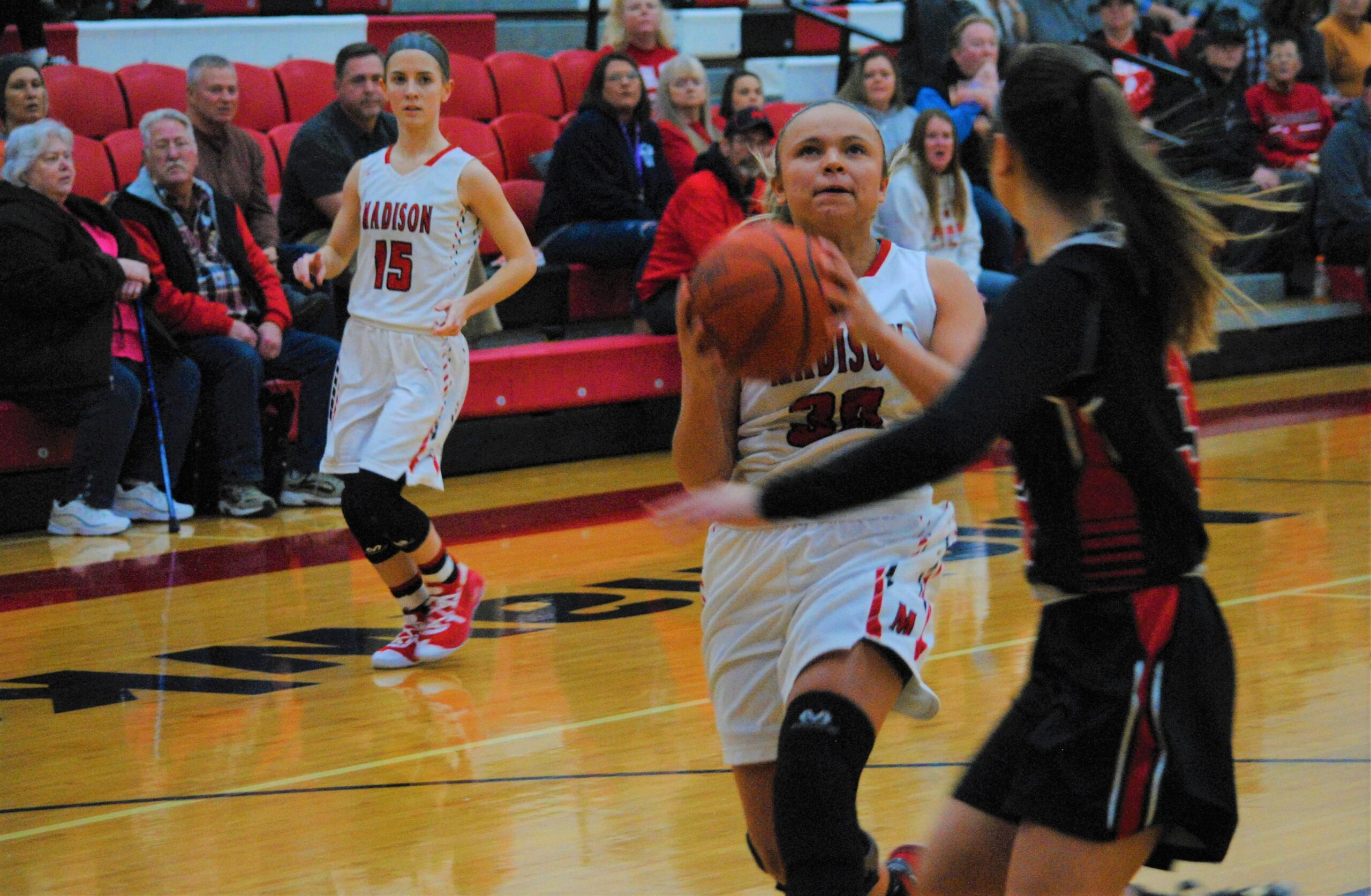 MADISON TWP. — Madison High’s girls basketball team made up for a sluggish third quarter Thursday night. The last eight minutes were all Mohawks.

“(Shawnee) did a fantastic job of shooting the ball,” Mohawks coach Brian McGuire said. “I’ve never seen anyone make so many 3s as they did. They’re going to be really good for a long time because they have some great freshman players.

“We were able to battle through, and we only scored 3 points in the fourth quarter, too,” McGuire added. “I mean, what the heck? We were able to fight through it.”

Madison managed to take a 21-10 lead into the second quarter and held on to a 31-30 advantage at the half.

But some timely 3-point shooting and stellar defense from the Arrows changed the game’s direction in the third quarter. Preble Shawnee sunk four 3-pointers and held the Mohawks to just 3 points in the period. The Arrows were 11 for 25 from behind the arc for the game.

Ella Campbell tallied 9 of her 12 points in the fourth and Madison made its comeback. Regan Lee finished with 13 points for the Mohawks.

Freshman Liv Thompson finished with 20 points for Preble Shawnee, while Campbell Jewell had 13.