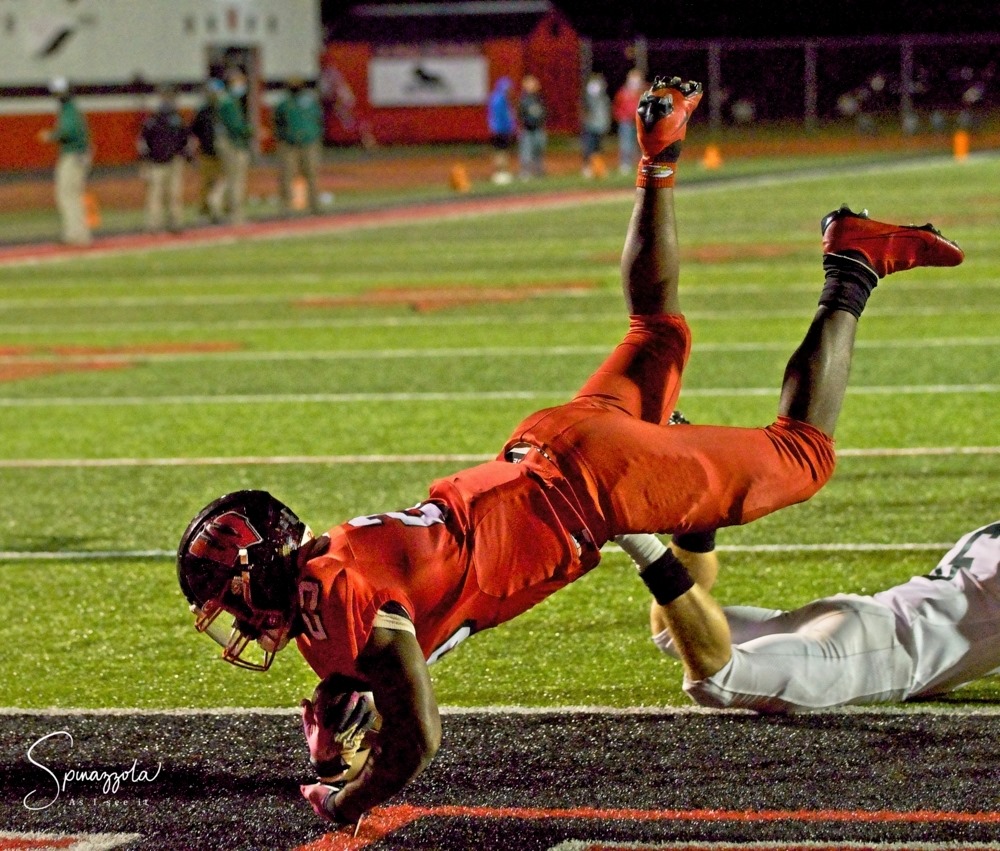 WEST CHESTER TWP. — The Lakota West Firebirds entered Friday night with the top-ranked defense in the Greater Miami Conference. Through four games, the unit had given up a total of just 21 points, including a shutout against Colerain in Week 1 and another against Sycamore in Week 3.

So, it would come as no surprise that, even after last week’s game against Oak Hills was canceled, the defense would once again come ready play.

In fact, the Firebirds came ready to shutdown whatever offensive game plan the Mason Comets had in store for them. Because, while it took their offense some time to get going, the Firebirds defense continued its season-long dominance by shutting out the Comets 21-0 and securing their first outright GMC championship in school history.

“You can beat a good team like that and throw a shutout like that. I’m so proud of the defense, so proud of the defensive staff, and I’m so proud of the kids, how resilient,” Firebirds coach Tom Bolden said. “Didn’t have a chance to play last week, you know, could’ve hung their heads and all that other kind of stuff. We just said it’s par for the course for what’s been going on the whole year and made the most of it last Friday and focused on this opportunity we had tonight, and here we are smiling and celebrating. You’ve got to love it.”

Senior linebacker Kam Vargas, who was named the game’s MVP after finishing with 8 total tackles and a sack, expressed how excited he was to help his team come away with the conference title.

“It feels great,” Vargas said. “Being a transfer and being able to help contribute to this win and just have a big part of this team it feels amazing. Being a transfer you don’t ever know how you’re going to come to people. And I’m just glad that these people are noticing me and noticing that I’m making a difference.”

The game began with both teams taking turns punting to one another. Neither offense could seem to generate any momentum on offense and the first quarter ended without a score.

Then, late in the second quarter, the Firebirds put a drive together that ended with a TD run by quarterback Mitch Bolden, who finished the game with 81 yards rushing and 2 TDs.

The score remained 7-0 through the second and third quarters until the Firebirds added their final two TDs in the fourth. Running back Cameron Good, who finished the game with 137 yards rushing and a TD, bulldozed his way through defenders and into the end zone giving his team a 14-0 lead with 8:44 to go in the game.

“It’s the first game I got that many carries,” Good said. “I’ve been preaching it for a long time. But we’ve got another two, three running backs deep in the lineup. They just found the guy. I’m the guy and we’re ready to rock. Whoever’s behind me they’re coming with me.”

After the touchdown by Good, the Comets started their next drive at their own 20-yard line. But the possession was short lived. On the very first play, Firebirds defender Silas Walters intercepted a pass from Mason quarterback Michael Molnar at the 22-yard line.

With such a short field, the Firebirds wasted little time adding another score. This time it was another TD run by Bolden to put his team up 21-0 with 7:40 to go in the game. From there the Firebirds maintained their lead and eventually took a knee on the final drive to secure the win.

After the game, Bolden talked about how much he’s enjoyed watching his team evolve over the course of the season.

Lakota West hosts West Clermont in the Division I playoffs next Friday, while Mason welcomes Lebanon.