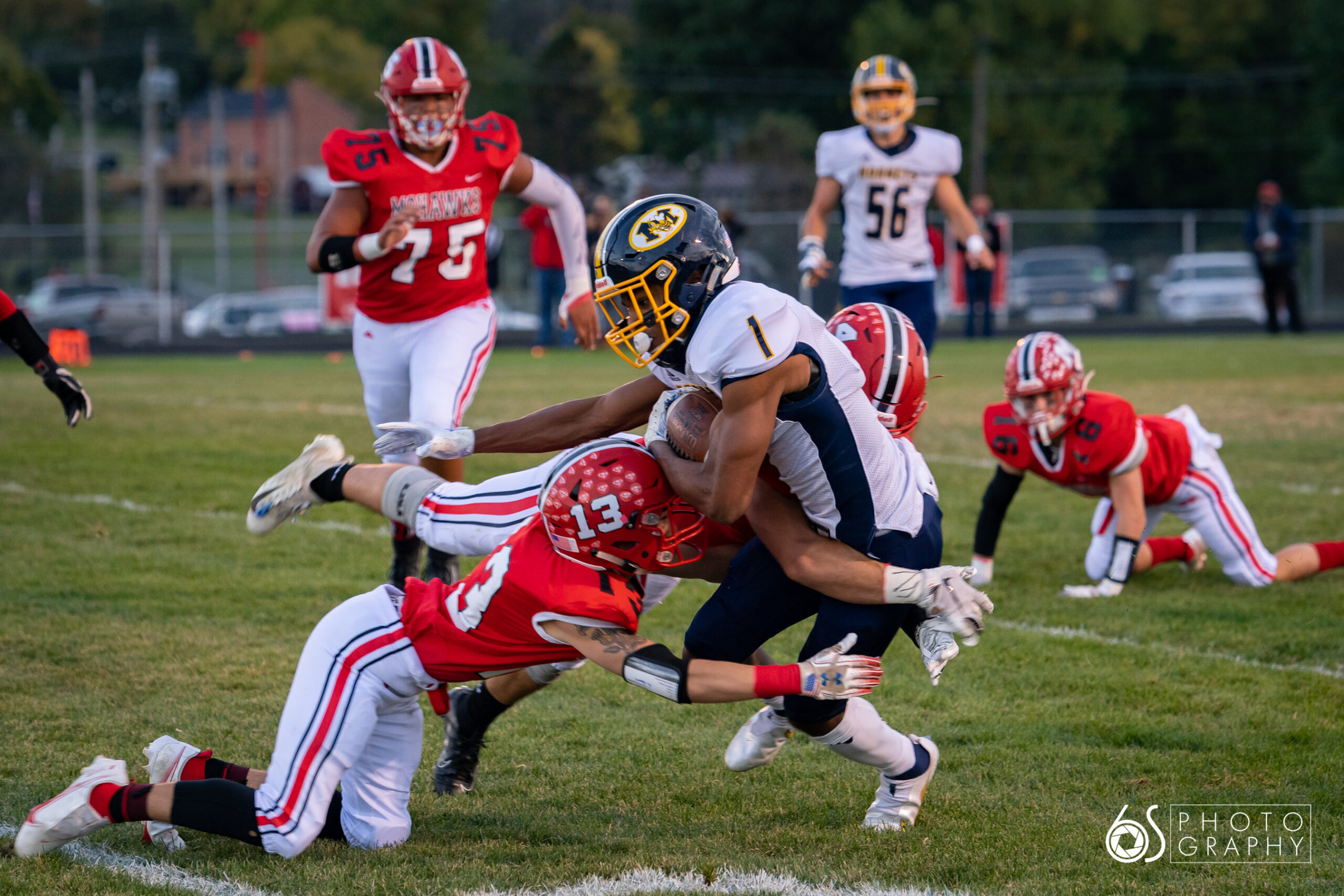 Monroe moved to 2-4 on the season, while the Mohawks slipped to 3-3.

“All year we’ve felt like we haven’t played a complete game, and we’ve been in a lot of games at the half against some really good teams,” Hornets coach Bob Mullins said. “Tonight we were clicking on all cylinders — offense, defense, special teams. We did a great job of playing hard on all three phases. Being really physical. I always say that whoever runs the fastest and hits the hardest is going to win, and I felt like we did that tonight.”

Elijah Jackson put Monroe on top 7-0 on a 6-yard run with 7:39 left in the second quarter.

Deaton then found the end zone on a 23-yard run with 1:39 left in the third quarter, and the senior scored again from 2 yards out to make it 21-0 early in the fourth quarter.

“Whenever I make those long runs, that means everyone else is doing their jobs,” Deaton said. “It’s awesome to see this. It’s a nice team win, and we really needed that.”

Ishmael Moss took a 14-yard sweep for a score to give the Hornets a 28-0 advantage before Madison’s Logan Gibson took a kickoff return 85 yards to the house. The Mohawks converted the two-point conversion to round out the scoring.

“We couldn’t get nothing going,” Madison coach Jessie Hubbard said. “We couldn’t get our ground going, and that’s our bread and butter. If we don’t get that going, it’s a long night for us.

“We had some younger guys on the offensive line tonight,” Hubbard added. “They just weren’t used to the speed Monroe had. (Monroe) was coming off the ball good. They were the best defensive line we’ve seen all season. My hat’s off to them. They came out and handled business. They’re well coached and did exactly what they were supposed to do.”

Monroe travels to Elida to open Division III playoff action next Friday, while Madison hosts Finneytown on Saturday in the Division V playoffs.

Other results from around the county: