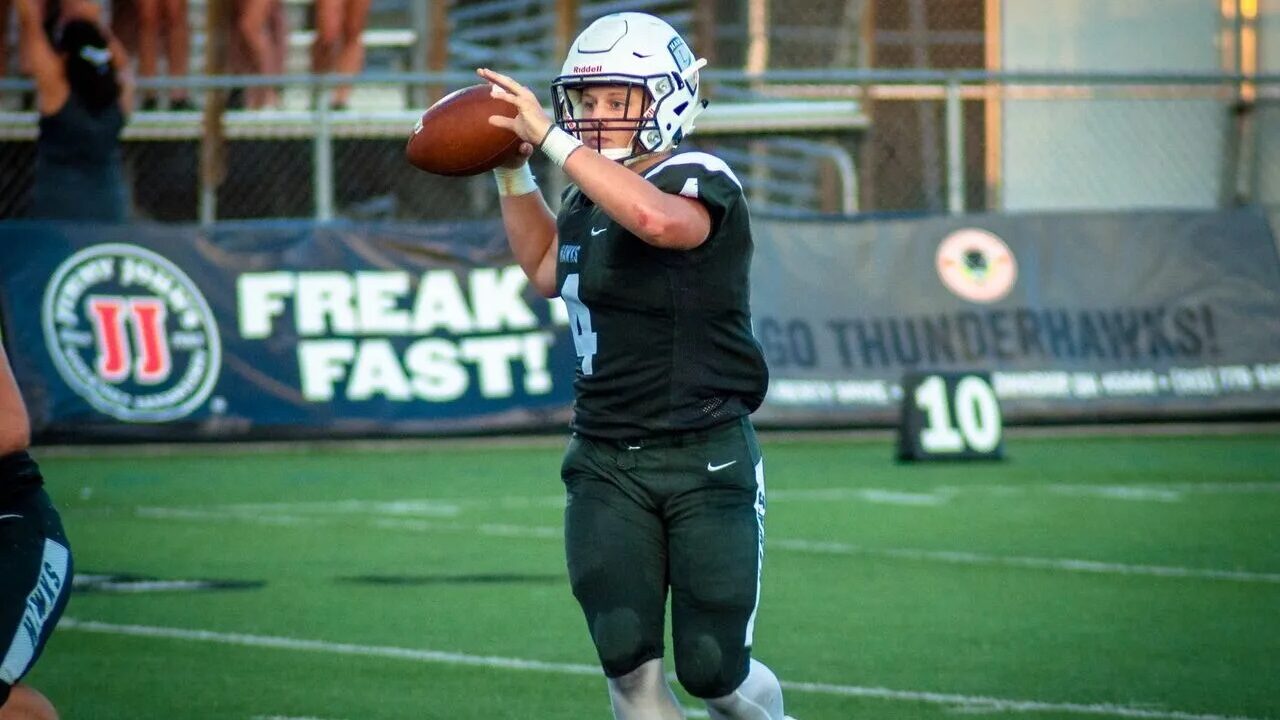 MASON — The Elder Panthers defeated the Lakota East Thunderhawks 34-6 in a Division I semifinal at Dwire Field in Mason on Friday.

Lakota East struggled to move the ball offensively and couldn’t get off the field defensively on fourth down  in the first half.

Offensively, the ‘Hawks managed only one first down and failed to cross midfield in the first half, which led to a 21-0 halftime deficit.

Running a triple-option offense predicated on controlling the ball and the clock, falling behind by 21 is an against the odds lead that East was unable to defy.

Coming out of halftime on Elder’s first possession, Michael Howard of Lakota East snared an Elder pass out of mid-air and rumbled in for the ‘Hawks first and only score. East forced a three-and-out on Elder’s next possession.

Looking at a 15-point deficit, East needed to get something going offensively. Unfortunately they couldn’t.

East fumbled the ball away on its next two possessions, giving up a 2-yard touchdown plunge by Matthew Luebbe of Elder and forcing a punt.

“We turned the ball over down there, that’s on me. I probably shouldn’t have called that play,” Haynes said referring to the Thunderhawks first second half turnover leading to the early second half 28-6 hole.

The Thunderhawks threw a pick-6 early in the fourth quarter, increasing the Elder lead 34-6 — the final score.

Lakota East ended its season at 8-4, and Elder moves on to face Colerain in the Division I, Region 4 final.