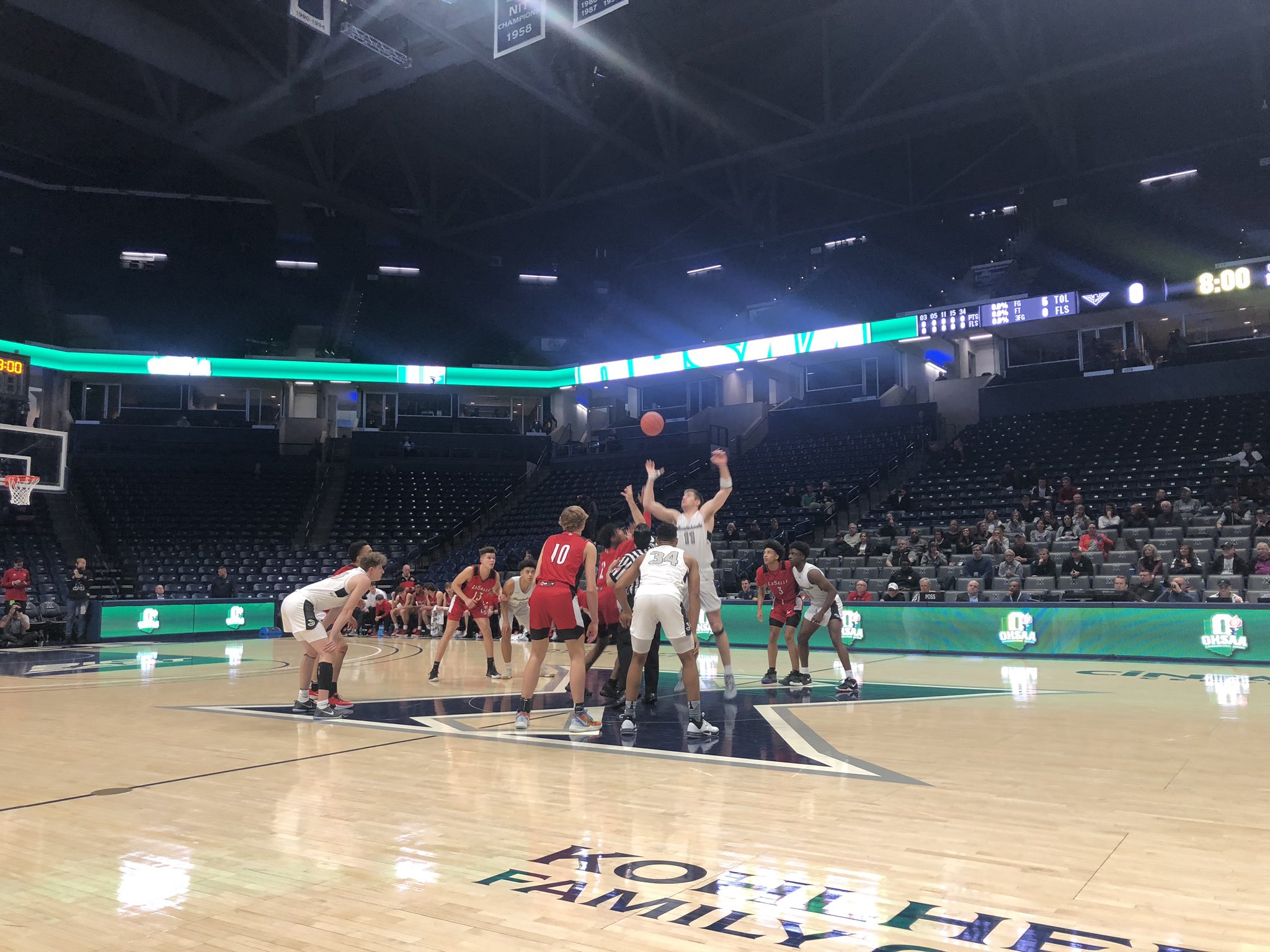 CINCINNATI — The Lakota East Thunderhawks were 0-2 in their previous two trips to the regional semifinals, but on their third visit on Wednesday night against the Lasalle Lancers, they won 44-35 in the sparsely seated echo-chamber at the Cintas Center.

Kaden Fuhrmann scored 8 points in a penultimate third quarter that brought his Thunderhawks back from the brink of an early collapse after falling behind 20-10 with a little over three minutes to play in the second quarter.

“I think we turned it over six out of the first nine possessions. Not real efficient,” Adkins said. “I think Kaden maybe got a steal and a run out layup. Sometimes high school students just need to see that ball go through the net and once that happens it kind of opened up the flood gates”

From the middle of the second quarter until the end of the game, Fuhrmann poured in his 17 on three layups, two 3-pointers and five free throws — with four of the five free throws coming in the last minute.

“We’ll shoot free throws probably 14-21 minutes a day at practice. Every practice,” Fuhrmann said. “They play loud sounds on the speaker and we just try to focus in on knocking down these free throws.”

“Over the course of the tournament, the Turpin game, obviously Big Al (Alex Mangold) hitting the free throws against Beavercreek, and tonight our guys have been so clutch down the stretch,” Adkins said. “When you’re confident and you’re going up there knocking down free throws, when you defend like our guys have been defending, you like your chances to win.”

The Lancers jumped out to an 8-5 first quarter lead that ballooned to a 20-10 lead with 3:02 left in the second quarter. But a five-point swing highlighted by a Fuhrmann steal and layup cut the lead in half, and a Mangold layup as time was expiring cut the lead to three at halftime.

Lakota East (25-2) moves on to face the back-to-back state champion and top-ranked Moeller Crusaders on Saturday at 7:30 p.m. at the Cintas Center. Moeller ended the Thunderhawks’ season a year ago.

“Best team in the state, 75-76 wins in a row against Ohio teams. Back-to-back state champions,” Adkins said. “They’ve got five division one guys, and they’re really well-coached, they play hard, everything you’d want in a team.

“But our guys are going to compete on Saturday,” Adkins added. “I think a lot of teams when you play Moeller, you’re afraid of the jersey, our guys won’t be afraid of the jersey. They’re obviously the best team in the state, our guys will be up to the challenge. This is something that they want, and we’ll be prepared and hopefully it will be good enough.”