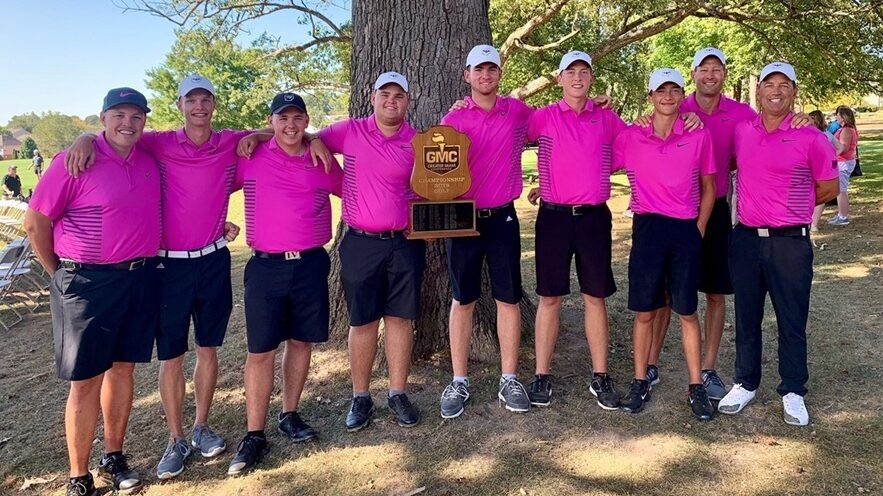 The Thunderhawks held off Mason on the final day of conference tourney play at Walden Ponds to earn their sixth consecutive Greater Miami Conference title.

The championship trophy has now been in Hawks’ hands 10 times in the history of the dynastic program.

East finished one shot better than runner-up Mason, with two-day totals of 584 for the Thunderhawks and 585 for Mason. Fairfield was a distant third with 620, Sycamore fourth 630 and West fifth with 648.

“I am proud of our guys for how they grinded and found a way to win,” East coach Jeff Combs said. “Most of our guys are not too happy with how they played, or at least feel like they could have played better, but they do realize and appreciate the significance of a GMC Title.”

Sophomore Joe Wilson led the charge for East with rounds of 71 and 72 and was medalist runner-up for the 2nd year in a row.  He made a clutch putt on the last hole to seal the championship for another year. Other Lakota East totals were:

Wilson, Sylla, Poppe, Kling and Aten were all named First Team All GMC. Peyton Houston earned 2nd GMC All Team honors. Combs was named the GMC Coach of the Year.