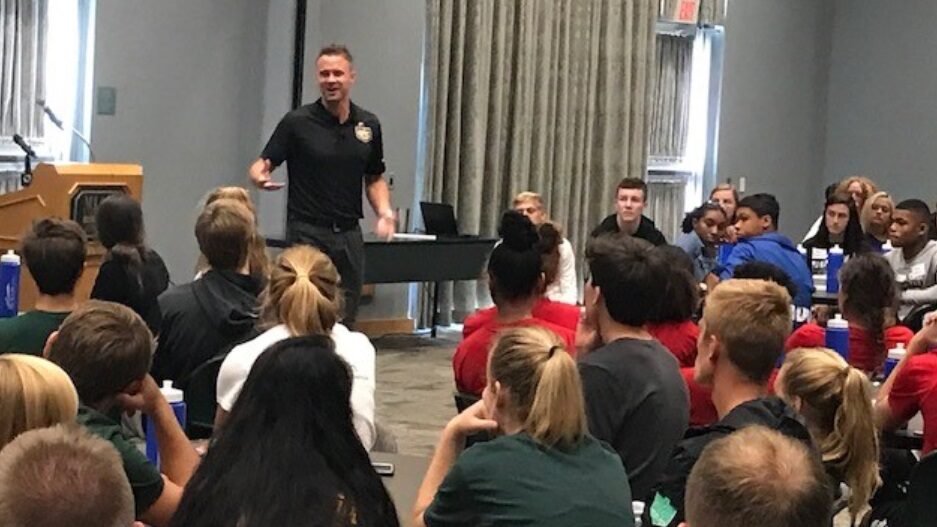 Special thanks to Beacon Orthopaedics and Sports Medicine for stepping up to be the presenting sponsor of this impactful event. Kudos to Josh Clarke and Dr. Tim Kremchek from Beacon Orthopaedics and Sports Medicine for the active roles they played in making this event so successful.  A big GMC thank you to Drayer Physical Therapy Institute for arranging through Jersey Mike’s a much deserved lunch for the group.  Many thanks to the Hamilton Campus of Miami University for extending their facilities and serving as an outstanding host for this event.