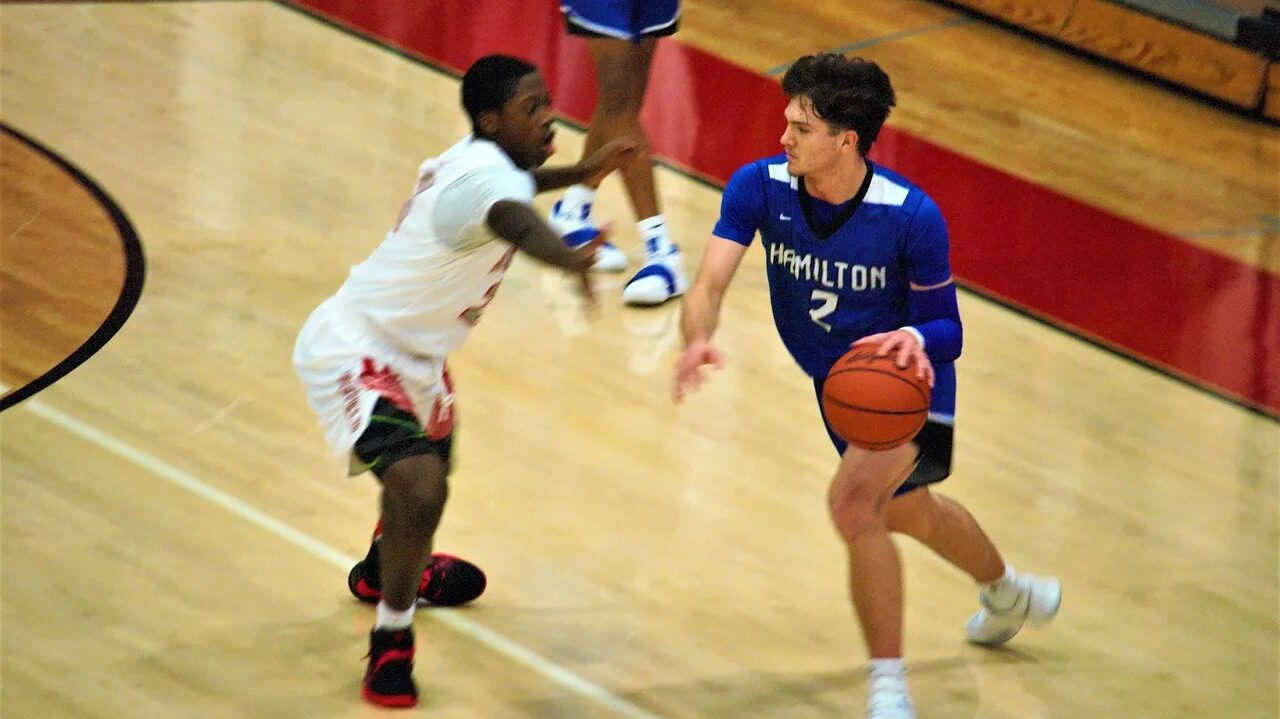 FAIRFIELD — The Hamilton High boys basketball team didn’t let Greater Miami Conference rival Fairfield do much of anything in the first quarter on Friday.

Big Blue held the Indians scoreless in the first eight minutes, Trey and Jaylen Robinson had monster nights and Hamilton snapped a three-game losing skid with a 57-42 victory at Fairfield Arena.

“That was the best defense we’ve played ever,” said senior Jaylen Robinson, who notched 18 points. “We needed that, bad. Things are coming together.”

“We just wanted to come in here and get the win. We’ve been struggling the past couple of weeks,” said junior Trey Robinson, who scored a game-high 19 points and grabbed 10 rebounds for Hamilton. “We all just played good as a team, and that’s how we were able to win tonight.”

It was Hamilton’s first win at Fairfield since 2009.

“That’s great. That’s awesome for these guys,” Big Blue coach Kevin Higgins said. “But right now, we’re a real big work in progress. We’ve dealt with some things, and we’re going to deal with them. I think the kids are starting to learn what it means to compete, especially on the defensive end.”

“We pitched a shutout a few years ago when we had Sycamore in a tournament game, but I never thought I’d get one against us,” Indians coach Jeff Sims said. “We had some stuff at the rim, and we missed some stuff early. You can’t just give them 12 right off the bat.”

“We’ve got to lock in on some of the small things that make you a better team,” Sims added. “We don’t believe right now in the things that are going to make us better.”

Fairfield senior Peyton Brown reeled off nine quick points in the third quarter to cut Big Blue’s lead to 35-26 with 2:20 showing on the clock. Brown finished with a team-high 14 points.

“We’ve got a lot of talent. We know how good we are,” Jaylen Robinson said. “Everybody had us way up there at the beginning of the season, and our heads got a little too hot. Now that we’ve got things coming together, we’re going to try and build off of this.

“Coming off losing three in a row, close games, too, we just had to come in here and get us a win.”

Big Blue travels to HIghlands on Saturday at 3:30 p.m., while the Indians visit West Clermont next Friday at 7:30 p.m.