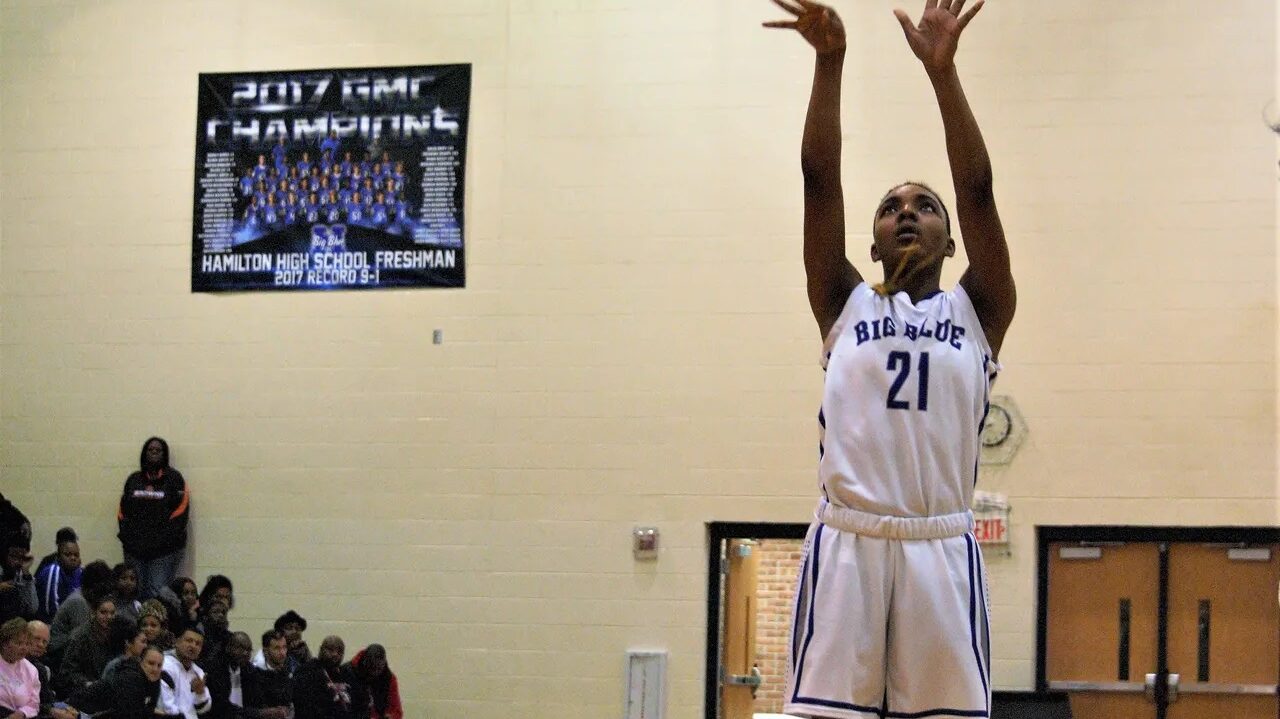 You wouldn’t have known the Hamilton High senior had just eclipsed the school’s all-time scoring record.

“I don’t think I’m going to get a smile out of her tonight because winning is more important,” Big Blue coach Harry Phillips said. “It’s not about her personal accolades. She feels good on the inside, but the bottom line is that she wants to win.”

“That was a very hard loss, especially getting those points and losing at the same time,” Riggins said. “I think that’s pretty tough. I’m still happy though.”

“She plays hard. Her heart is in the right place to accomplish the things that she wants to accomplish,” Phillips said of Riggins. “In this three to four years I’ve been with her, I’ve had not one complaint about her. That’s my girl. She does what I ask her to do — working and taking care of business.

“This is her senior year,” Phillips added. “She’s got a little bit of pressure on her trying to find a place of significance for her to go to school (college), but that’s going to happen.

Northwest moved out to a 15-8 lead after one quarter. Riggins had six points in the first frame and later tied the record in the second quarter when she hit 12.

Riggins was held scoreless in the third before she bucketed 13 points in the final frame. But the Knights’ largest lead at 52-35 with roughly 6 minutes left in the game was too much for Big Blue to bounce back from.

“We just weren’t able to get that double appreciation and pull out the win,” Phillips said.

Kira Ash and Leah Smith each had eight points for Hamilton, which had its three-game winning streak snapped slipping to 4-4. Anna Caldwell scored six.

Hamilton returns to action on Saturday at 2 p.m. against Harrison at the Hamilton Freshman Building.