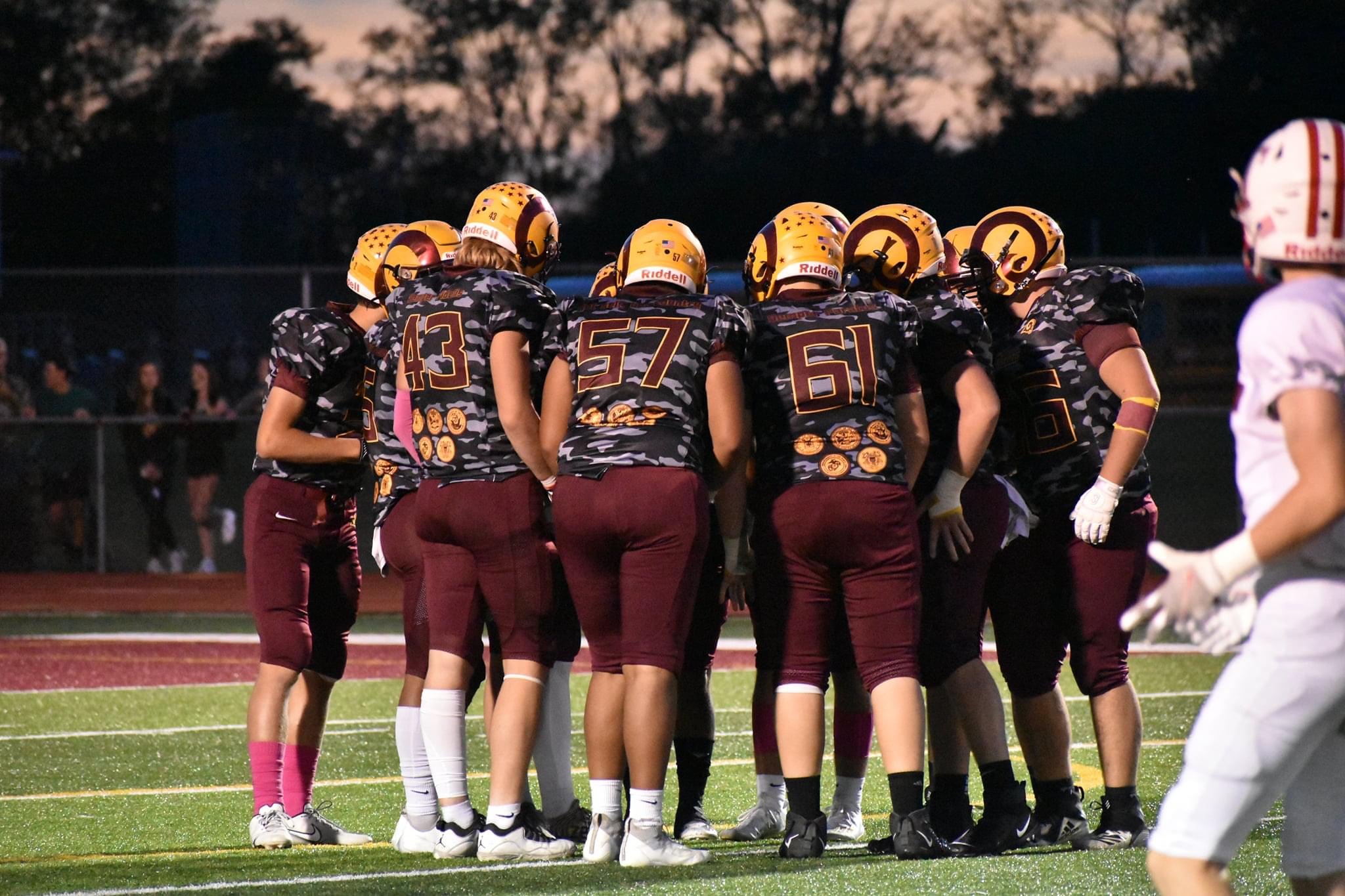 Jaye Warren ran in a 5-yard touchdown to start the rally mid-way through the second quarter against Talawanda last Friday night.

The Ross High School football team wasn’t quite in its element in front of a packed Homecoming crowd at Robinson Field up until that point. The visiting Talawanda Brave had made it a little difficult.

But the reassuring factor that sat in the back of Rams coach Kenyon Commins’ mind was “our performance principle. That was our focus for this game. I sort of felt like we didn’t have it at the beginning.”

Warren’s plunge was the start of a 41-point scoring spree for Ross, which quickly made Talawanda’s 13-0 advantage just a thing of the past.

“Credit to Talawanda. Their game plan slowed the game down really well,” Commins said. “But I think once we settled in, we were fine.”

Right now, the Rams are more than fine — sitting at 5-1 following their 40-21 win over their Southwest Ohio Conference rival a week ago. Ross will take some momentum into its SWOC showdown against visiting Harrison (3-3, 2-0 SWOC) tonight.

Commins pinned his Rams’ dormant start on some early struggles against Talawanda. Then the gears kicked in.

“I think we shunned off some adversity,” Commins said, noting senior Brayden Fraasman hit the sideline a little banged up just after rushing for 86 yards on eight carries. “Even with him coming out, being down 13-0 and just having a bad first quarter — we were just able to calm down. We went back to doing what we’re supposed to be doing.

“Just for me, this was another adversity piece to a young team thinking that they can just show up and everything is going to be fine. Then all of a sudden, we get punched in the mouth and they realize they’re in a dog fight. Once they calmed down, they were fine.”

Ross sophomore quarterback Aidan Brown made his time under center count this past Friday.

Brown broke things open in the fourth quarter against the Brave when he scampered for touchdown runs of 19 and 25 yards.

“You can just see the confidence that he’s had for the past few weeks,” Commins said. “He’s just continuing to grow and grow and grow. In the battle between him and Brayden (Fraasman) at the QB spot during the summer, it’s just been so much fun to watch. You know both of them are great back there, and they’re both natural leaders.”

Here are the games to watch heading into Week 8 of the high school football season: