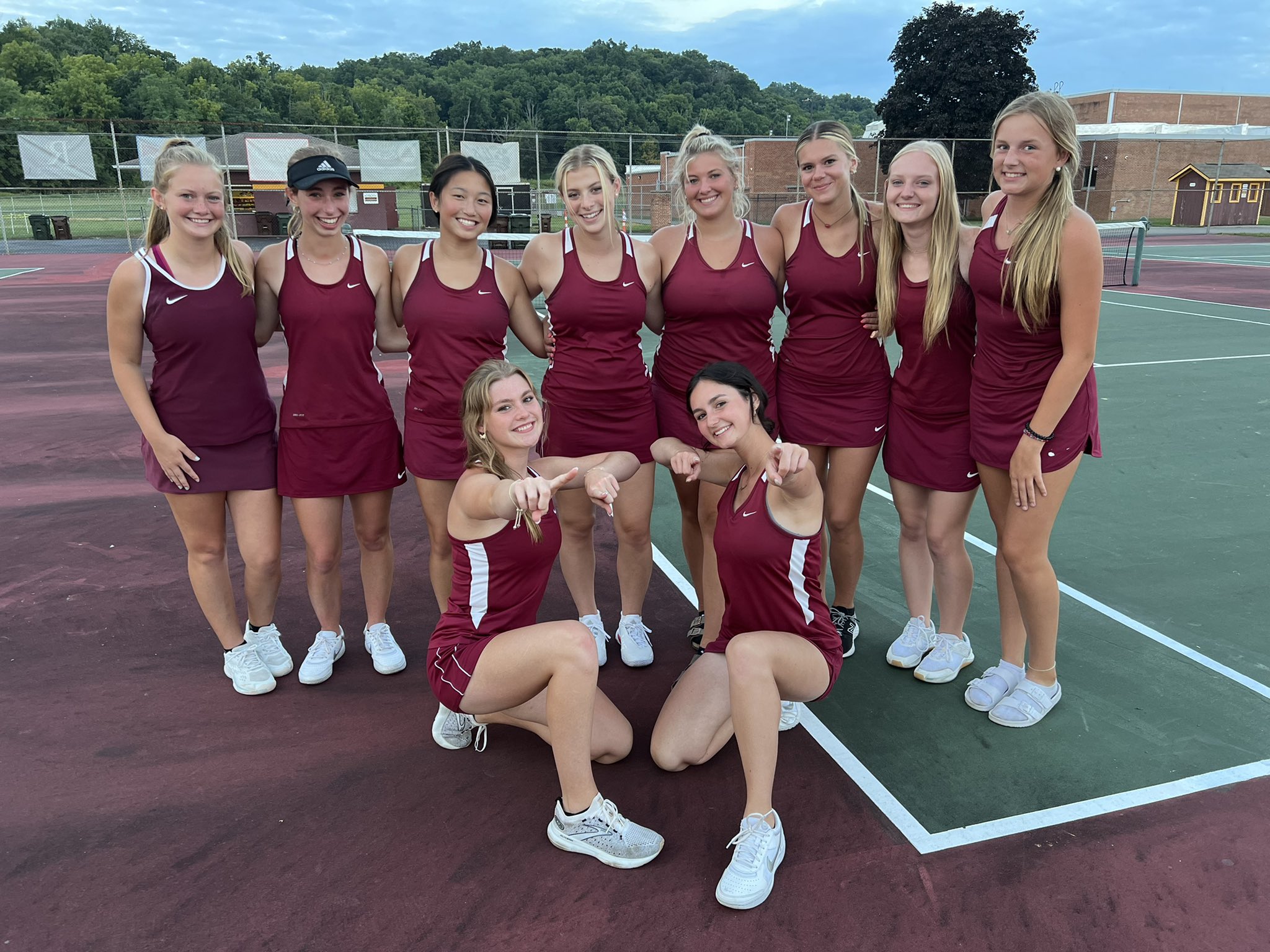 “For me, it’s all about how we perform,” said Bolin, who is in her seventh season at the helm. “It’s all about our attitude and effort. We just want the girls to come out every day and play hard.”

But numbers aren’t going to lie for the Rams in 2022. They’re currently sitting sweet at 8-0 after using a touch of grittiness to reel off some impressive victories.

“I’m really super proud of the girls,” Bolin said. “In my years coaching here, we’ve never beat Badin, and we got them. That’s a big win for us. That’s attributed to our depth, and the number of players that we have who are putting in the effort year-round to get better.

“I think this group is gritty,” Bolin added. “They have a goal and they’re willing to work toward it. That’s to win the SWOC again. We have a lot of players who challenged to get to the varsity level and are working hard to get better.”

At first singles is senior Sara McGinnis, who was the Southwest Ohio Conference Player of the Year in 2021. McGinnis is currently 6-2.

“Sara has been doing great,” Bolin said. “She’s worked her way up. She was primarily doubles leading up to this point but has become more aggressive and a great net player. She’s just a very versatile, all-around player.”

Junior Eva Hall is in her first year at the varsity level and is 5-2 at second singles. “She can hit the ball with some power,” Bolin said.

“Lucy is like a backboard,” Bolin said. “She hits the ball back and runs things down like you wouldn’t believe. You might not think she will get to a ball, and there she is pumping the ball back over the net. She’s just a very steady, even player. We’re working on pace with her serve, but she gets the ball back. She’s a very consistent player.”

Seniors Gracie King and Lauren Springer “have been our rock the last two years,” according to Bolin.

The duo went 19-3 as a doubles team last year and are currently 8-0 this year.

Seniors Natalie Wiseman and Carli Gronas are 5-0 at second doubles. Senior Olyvia VanHook and Wiseman are 1-2 as a second doubles team. Junior Laney Johnson is 1-0 at third singles.

“I think it all started several years ago when we were just trying to build a program,” Bolin said. “We don’t cut anyone. We’ve grown the program over the last several years.”

Up next for the Rams is a visit to Fairfield on Wednesday, Sept. 7.

“It’s pretty interesting when you only have three courts and practice with 26 girls in the program this year,” Bolin said. “That poses somewhat of a challenge when you have to have three and a half hour practices so we can spread them all out.

“We’re just wanting the girls to learn the sport and grow,” Bolin added. “Now we have girls working hard all year round and playing in tournaments, going to clinics and all that. All that right there shows what these girls are capable of doing, and it’s shown to this day.”

Send us your story ideas to info@BCHSSReport.com.