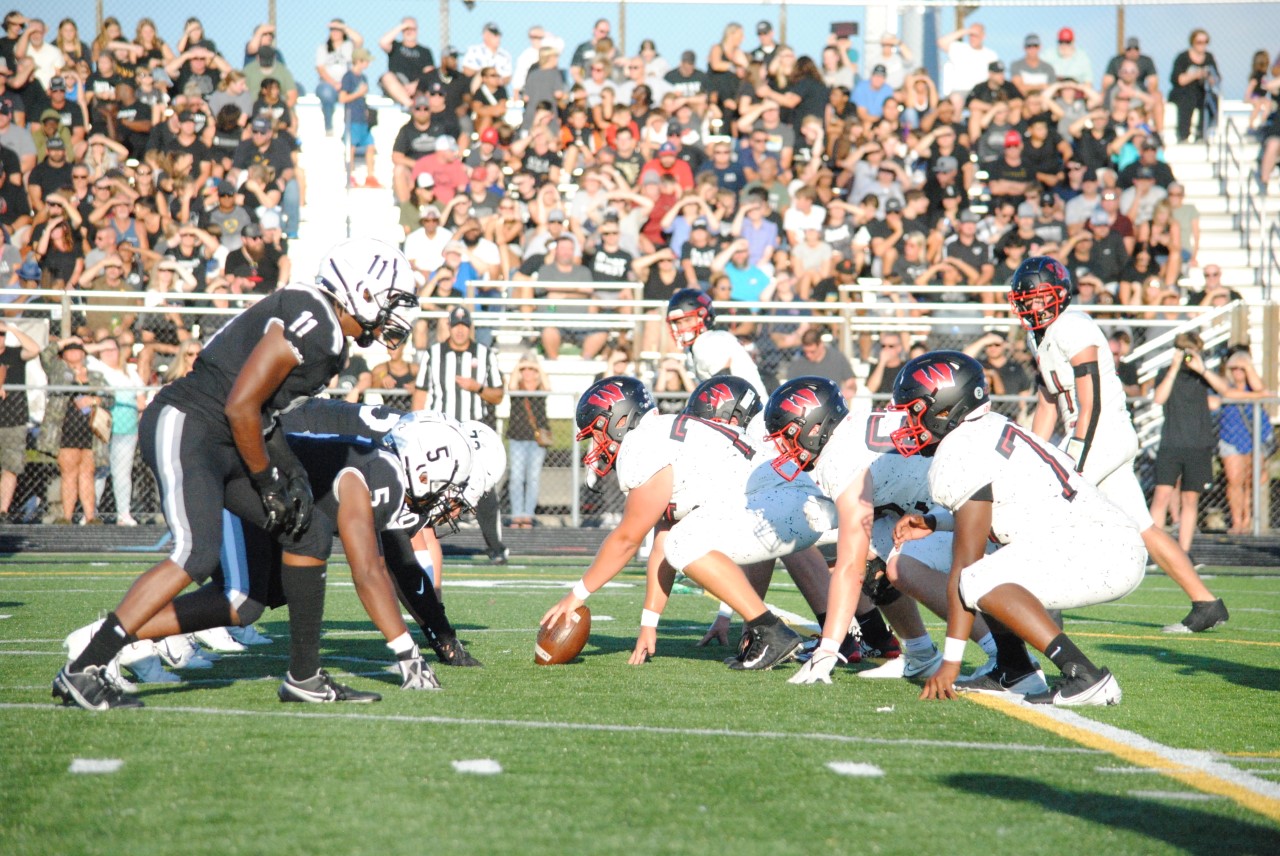 WEST CHESTER TWP. — A large crowd was on hand Friday night at Thunderhawk Stadium as Lakota East hosted crosstown rival Lakota West in what fans on both sides were expecting to be a clash of two neighboring titans.

And while the stadium was buzzing with the energy of a dream matchup between East versus West, reality soon set in as the Firebirds jumped out to an early lead and never looked back — defeating the Thunderhawks 49-6.

Lakota West coach Tom Bolden said he knew his program was capable of such a dominant performance, especially after the way the Firebirds finished in their victory over St. Xavier last week.

“We had the capability, we showed how we can move the ball and things like that in the second half and fourth quarter last week,” Bolden said. “Once we kind of started fast and figured some things out defensively and got a stop, we just applied some pressure.”

The Firebirds (2-0) finished with 171 yards rushing and 215 yards through the air for a total of 386 yards of offense. They were led by receiver Brennan Remy, who finished the game with four rushes for 68 yards and a TD and two receptions for 85 yards and two TDs.

“He just makes plays,” Bolden said of Remy. “He’s just kind of got that it factor where he’s go great spatial awareness, he deceptively quick and things like that. He’s kind of that surfer dude where everything’s kind of free and easy. Nothing gets to him. He just goes out an plays.”

Remy said all the training in the offseason paved the way for this kind of performance, but he won’t get too comfortable as there’s still a lot left to accomplish.

“Lots of hard work before the season for this one,” said Remy. “It feel’s great, but we’re not done yet.”

Lakota West got on the board first when, on their first drive of the game, Trent Lloyd carried the ball 3 yards into the end zone, followed by a successful extra point to make the score 7-0 with 5:54 left in the first quarter.

Then, in the second quarter, the Firebirds forced Lakota East into a punting situation. However, the punt was blocked by Ben Minich and returned 72 yards for a touchdown by Taebron Bennie, giving Lakota West a 14-0 lead.

From there, the Thunderhawks (0-2) continued to struggle offensively — punting on their next three possessions. Lakota West, however, continued to score.

Remy said one of the reasons they had so much success on offense is because Bolden was playing so well.

“Mitch was balling tonight,” said Remy. “And when he balls, we’re unstoppable.”

And the Lakota West offense did appear to be unstoppable as they would score twice more in the second half with a 43-yard TD pass from Bolden to Remy and then a rushing TD to make the score 49-0.

The Thunderhawks did manage to avoid a shutout, however, when Marvin Richter carried the ball 2 yards into the end zone to make the score 49-6 before time expired in the game.

Lakota East was led in their effort offensively by Eric Davis who finished the game with 26 rushes for 100 yards and one reception for 18 yards.