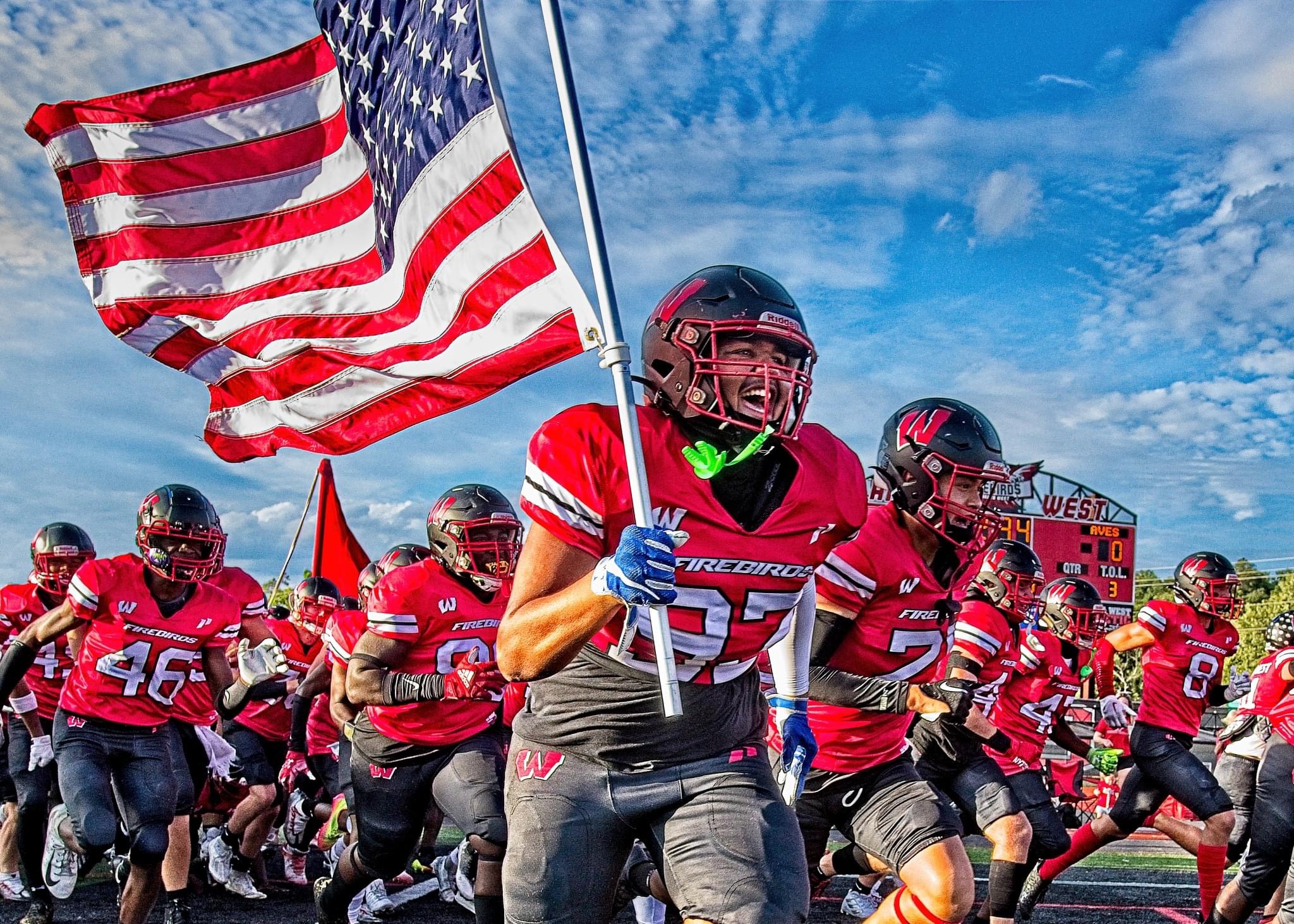 SHARONVILLE — It was a slow start to the game for the Lakota West High School football team on Friday.

The Firebirds offense had a tough time generating a rhythm early and could only muster three points before the end of the first quarter.

After some key plays by the defense, Lakota West grabbed the momentum and cruised to victory by defeating Princeton 31-7 on Mancuso Field at Viking Stadium.

“We had a couple good, lengthy drives but we didn’t put it in the endzone until later,” Firebirds quarterback Mitch Bolden said. “But the defense was outstanding today and that’s everything you can ask for as a quarterback is having a good defense to have your back and they were awesome today.”

The Firebirds (5-0) defense played stingy from the very beginning, keeping Princeton (4-1) out of the end zone and giving up just 28 yards in the first quarter.

In the second quarter, Lakota West forced Princeton into fourth and 3 from the Lakota West 34-yard line.

Princeton attempted to convert on fourth down, but fumbled the ball and it was scooped up by Lakota West’s Taebron Bennie who returned it 52 yards for a touchdown — giving the Firebirds a 17-0 lead.

From there, Lakota West appeared to take control of the game.

“That kind of fully made the momentum go our way,” Bolden said. “When your defense scores it makes your job easier.”

Lakota West coach Tom Bolden is proud of the way is quarterback plays the game.

Lakota West got on the board first after a 12-play drive resulted in a 37-yard field goal by Tyler Bohn with 22 seconds to go in the first quarter. That gave the Firebirds a 3-0 lead.

In the second quarter, after converting on fourth and 2 from the Princeton 43-yard line, the Firebirds got on the board again. This time a 3-yard TD pass from Mitch Bolden to Trent Lloyd making the score 10-0 with 4:32 to go in the second quarter.

On Princeton’s very next drive, Lakota West’s Bennie scooped up the fumble on fourth down and took it all the way for a score to give the Firebirds a three-TD lead before heading into halftime.

“They did a great job of keeping us out of rhythm,” Princeton coach Andre Parker said. “For the most part they played championship football. They were mistake free and we weren’t”

Princeton scored its only touchdown of the game in the third quarter after forcing Lakota West to punt. The kick was returned 92 yards for a touchdown by Zion Mason, making the score 17-7.

Lakota West scored twice more before the end of the game — a 3-yard TD run by Bolden in the third quarter and then a 14-yard TD run by Trent Lloyd to make the final score 31-7.

Lakota West returns home to host Hamilton (2-3) while Princeton goes on the road to take on Fairfield (5-0).