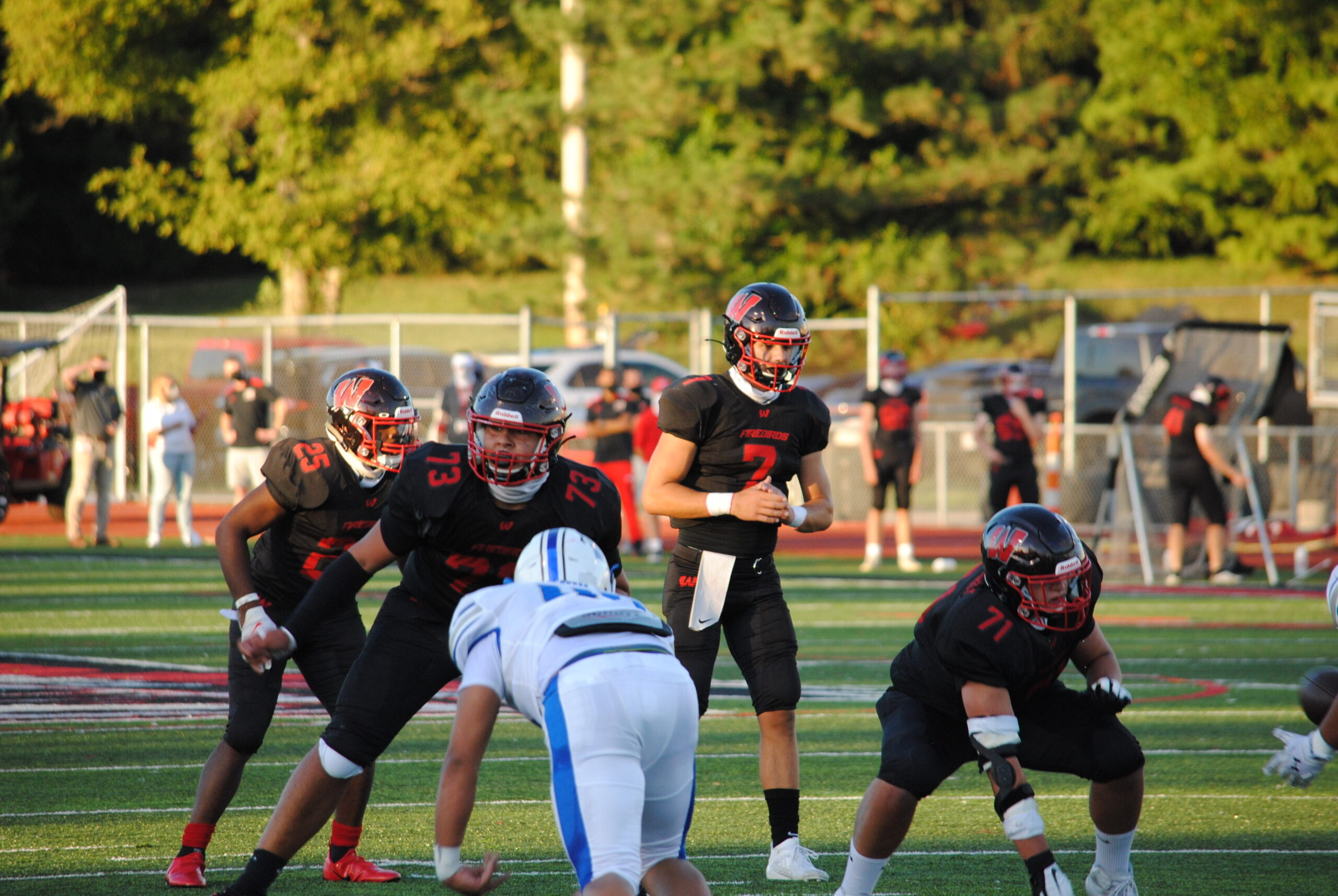 WEST CHESTER TWP. — Transforming into a championship caliber football team is an incredible challenge. Among other things, it requires players and coaches to remain focused on the goal of winning it all rather than being satisfied with minor victories along the way.

Although many teams attempt to maintain that mindset, it’s a lot easier said than done. In fact, it’s not uncommon after an exciting win to come out the following week overly confident only to come up short.

Therefore, it would not have been surprising for the Lakota West Firebirds, after an emotional win over the Colerain Cardinals in week one, to come out with a lack of focus in week two.

However, that was not the case. As it turns out, it was quite the opposite.

While it was a sluggish start to the game for the Firebirds, they quickly turned things around and demolished the Hamilton Big Blue 40-13 to advance to 2-0 on the season.

West senior linebacker Kweisi Jones, who returned an interception for a touchdown in the first quarter, attributed the Firebirds’ success to remaining focused throughout the week of practice.

“We kept the guys controlled,” Jones said. “We told them one game at a time. Colerain is behind us. We feel like we’re the top dogs, we feel like everyone is gunning for us so we have to stay humble. Humility was huge this week.”

If the Firebirds needed a reminder to stay humble, they received it when the Big Blue easily moved the ball downfield on the first drive of the game and scored a touchdown via a 16-yard pass from Quincy Simms Marshall to Keyshawn Stephens.

“You saw it right in the first, they took it right down and scored on us,” Bolden said. “I think it kind of woke us up a little bit.”

Only it didn’t just wake them up, it energized them.

After Firebirds quarterback Mitch Bolden tied the score with a 5-yard touchdown run, the hosts took control of the game. On Hamilton’s next possession, Jones made his pick-6 to put his team up 14-7 and West never looked back.

Mitch Bolden led the way for the Firebirds by finishing the game with 139 yards passing and 3 TDs and 53 yards rushing and a rushing TD.

The lead eventually ballooned to 40-7 before the Big Blue could get on the board again. They managed to score a touchdown with 27 seconds left in the game, but it was too little too late.

Big Blue coach Nathan Mahon admitted the Firebirds were the bigger, faster and stronger team on the night and that the only message he had for his team is that he would continue to support them.

“There’s not much of a message,” Mahon said. “Just love my guys. Love all my Hamilton guys for sure. I’m one of them, and they’re one of me.”

As for the Firebirds, although happy about starting the season 2-0, they realize it’s about the bigger picture. And they won’t be satisfied until they’re holding the championship trophy at the end of the season.

“I feel like one win, two wins, seven wins doesn’t matter. At the end of the day, we don’t really care about winning just the GMC. We have a bigger goal,” Jones said. “We want a state title. And the only way we’re going to reach that is if we all stay humble, stay gelled and stay focused.”