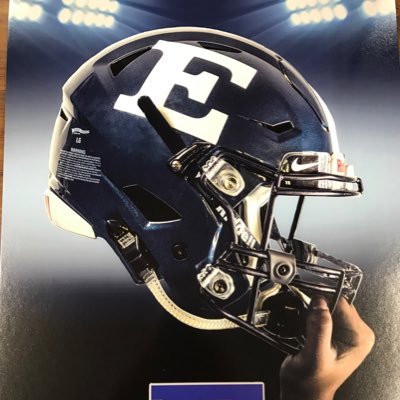 ST. CLAIR TWP. — It was a tale of two halves at Kumler Field on Friday night, as the SWOC in-conference schedule got underway with the Edgewood Cougars hosting the Mount Healthy Owls.

These two schools hooked up for a wild game last season, with Mount Healthy earning a 41-21 win, in a game where six touchdowns were scored of more than 40 yards in length.

Big plays abounded, and early on, it appeared that trend would continue into the 2020 edition of this SWOC rivalry.

On a third down on Mount Healthy’s opening possession (after holding Edgewood to a 3-and-out), the Owls’ Trey Cornist broke off a 44-yard touchdown run to take an early 7-0 lead for Mount Healthy.

But then the defenses stepped up — the teams traded punts, defensive 4th down stops, and a missed field goal throughout most of the first half.  The Owls strung a few first downs together on the final drive of the half and set themselves up with a 3rd-and-goal with 19 seconds left and no timeouts.

Quarterback NaDavion Gaither threw an 11-yard jump ball touchdown pass to Jaron Kelley, that the 6’3″ receiver tipped to himself to catch over his 5’10” cornerback.  Thus, fortune favored Mount Healthy, going into the locker room at halftime with a 13-0 lead (after a blocked extra point) and slated to receive the second half kickoff.

Trey Cornist broke loose for a 62-yard touchdown run to put the Owls up 20-0 with 11 minutes left in the 3rd quarter, before Edgewood’s offense sprung to life.

The Cougars offensive line started getting better and better blocking off the snap, and Edgewood rode fullback Tavionne Crosby into the red zone, before Anthony Scott was able to cap off the drive with an 8-yard touchdown run.

Edgewood’s offense was not perfect in the second half — it needed more than three opportunities with the ball to overcome the 20-point deficit.  But the Cougar defense was very opportunistic in causing two fumbles in the fourth quarter.

Xander Began recovered a fumble from NaDavion Gaither, and Landon Howell scored on a double handoff, a 38-yard touchdown run on the very next play to cut the deficit to 20-14.  And then with Mount Healthy driving, in an attempt to put the game away by either scoring or draining the clock, Isaiah Daniels was stripped, and the fumble was recovered by Edgewood’s Ashton Arvin.

The Cougars mounted their final drive, crossing midfield, and they saved an ace up their sleeve for when they needed it most. Coming out of a timeout, last year’s starting quarterback-turned-this year’s starting running back Anthony Scott threw a halfback pass, a 38-yard touchdown to Max Meyer, who slipped behind the Owl defense undetected.  Jonathan Testas made the extra point to take the lead with 3:53 remaining, and Edgewood’s defense held on to cement the win.

The Cougars (1-1) will host the Northwest Knights (0-2) next weekend at Kumler Field, while Arvie Crouch’s Mount Healthy Owls (0-2) will travel to Harrison (0-2) to take on the defending SWOC champion Wildcats.