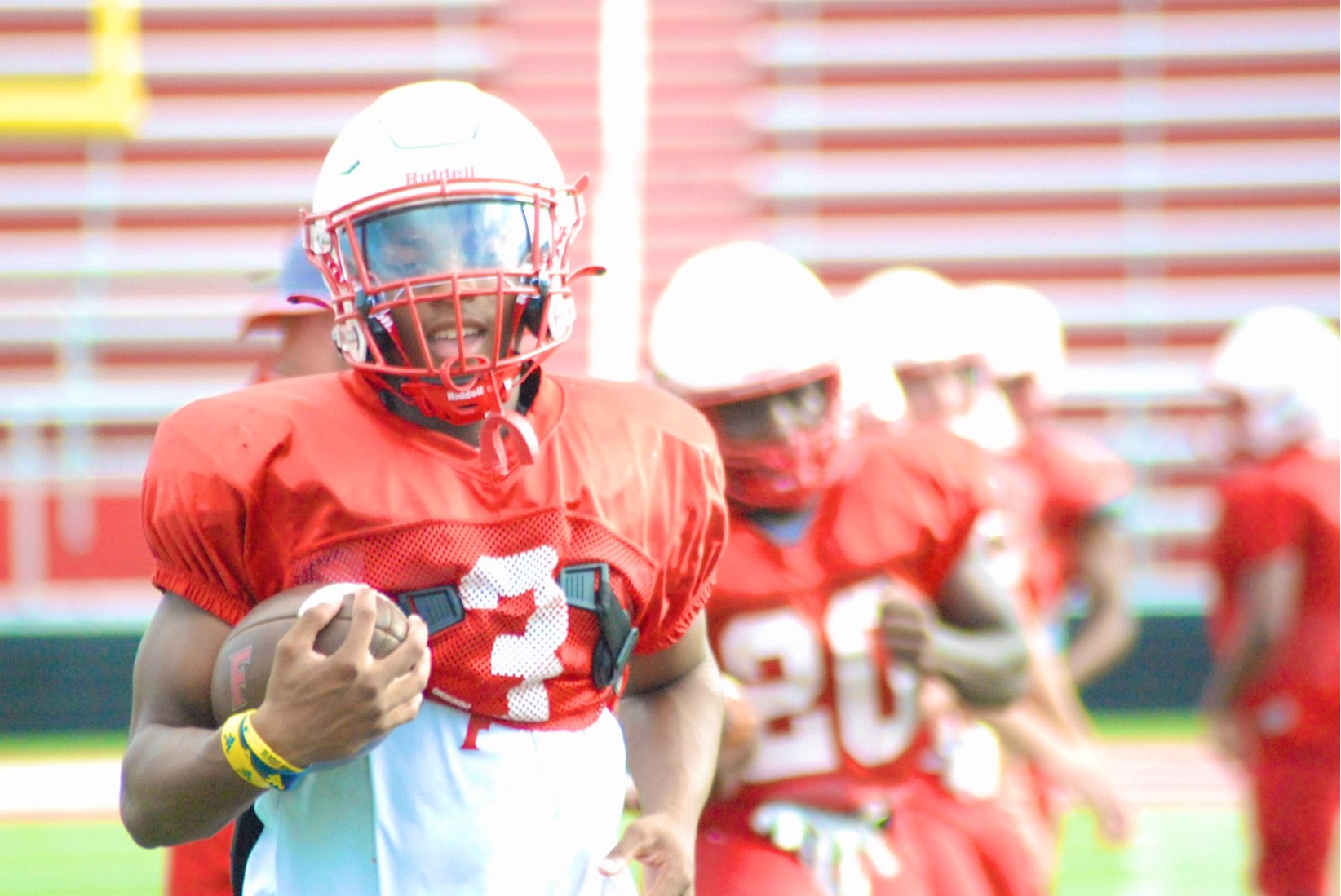 FAIRFIELD — Fairfield High School football coach Jason Krause knows all too well that having a signal caller with experience could be the deciding factor in capturing a Greater Miami Conference title in 2022.

And the Indians have just that.

“For me as an offensive coordinator, that’s super important to have a trigger man,” said Krause, who enters his 12th season at the helm. “When you put that senior leadership and experience together with a trigger man that’s been doing it, it could be really successful for us.”

Doing the calls under center again this season is junior Talon Fisher. As a sophomore, Fisher tossed for 1,300 yards and six touchdowns, while rushing for an additional 550 yards and 12 scores.

“I think our kids want a challenge for the GMC championship,” Krause said. “Every week, it’s one at a time.”

The Indians are coming off a 6-5 record in 2021. They reeled off a four-game winning streak at the end of the season.

“They know and respect what our conference brings every week,” Krause said. “For us, it’s one week at a time. I think these guys understand that they’ve been playing in (the GMC) long enough. They’ve had brothers who have gone through the program. And they get it, man. The understanding that you have to play one week at a time, and bring your best every week and in this conference is kind of where our mentality is at right now.”

“I feel like we’re coming in strong. We’ve got a strong 2023 class coming in,” Love said. “We’ve been playing with each other since we were sophomores. So we’ve been able to learn and build together.”

“The coaching staff, everybody — everyone wants it,” Love said. “You can just tell. We’re greedy. We’re getting that.”

“Every day, even on a Monday, you have to treat it like a Friday,” Love said. “You’ve got to be ready for the games. We’ve got to pick each other up and hold each other accountable.”

“We came off a decent year last year,” Krause said of his Indians, who took down Mason 28-21 in the first round of the playoffs before falling to Moeller. “I think that’s a big deal for us. Now for us, we want to continue on in the postseason. We want to get back there and win a couple weeks in the postseason.”

“I think it has a fingerprint of a really good senior class that’s experienced and plays together as a team and as a family,” Krause said. “We want to go each week. That’s the mentality of our guys. We want a chance to be there in the end.”

“State champs. That’s how we feel coming in,” Love said. “Everybody is picking each other up. Working and just trying to get better.”