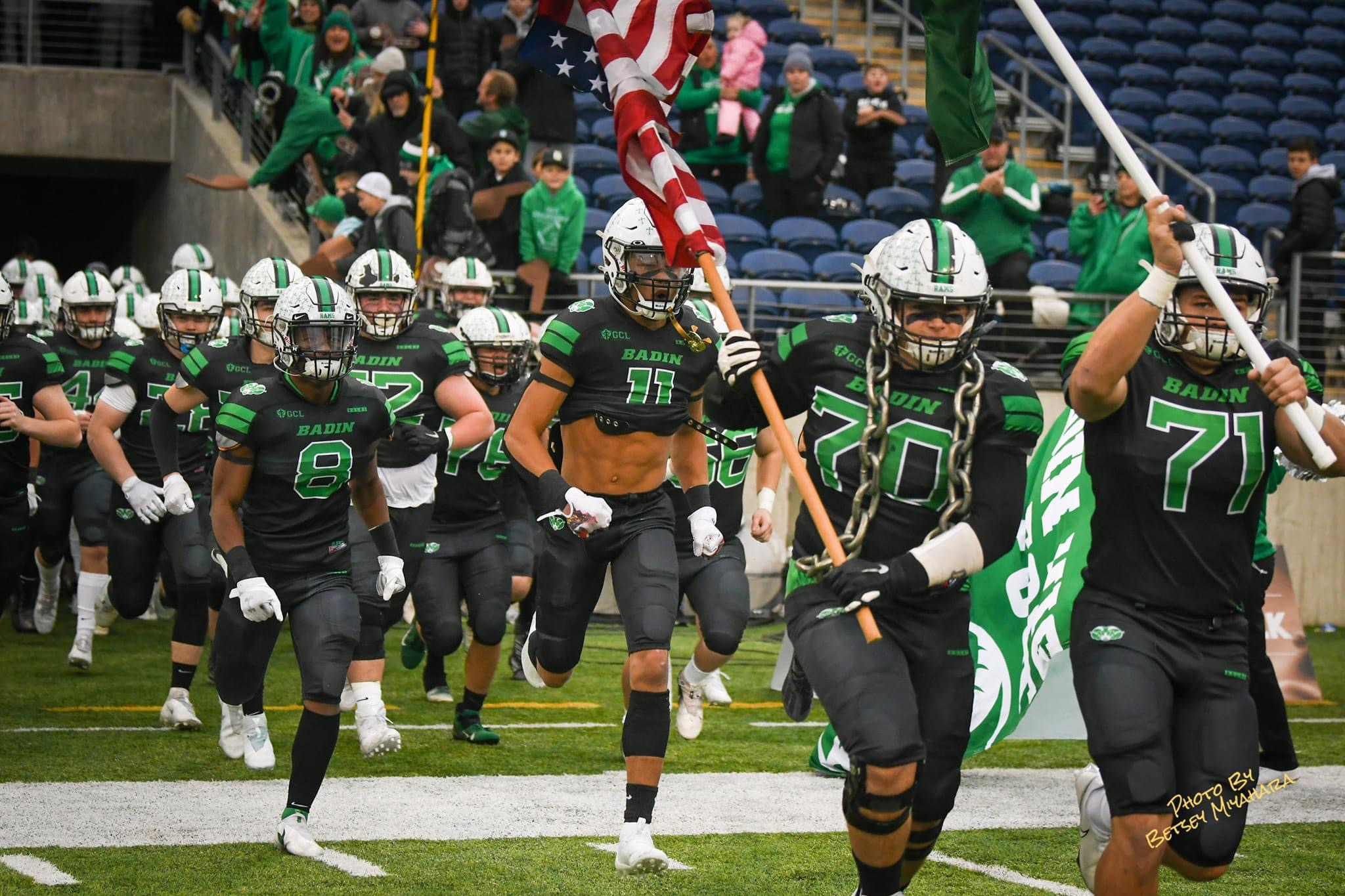 CANTON — That classic football scenario of No. 1 versus No. 2 played out Friday afternoon at the OHSAA Division III state championship.

In one corner stood a Badin program that sported a 14-0 record, while its opponent and defending state champion Chardon garnered a 15-0 campaign leading up to Friday’s bout.

Where are the odds in this one?

The Rams took the Hilltoppers to the final seconds before sustaining a 21-14 defeat at Tom Benson’s Hall of Fame Stadium in Canton.

The Hilltoppers would roll the dice first with a 36-yard TD pass from Alex Henry to Nathaniel Sulka for the first score of the game.

It was a holdup for the Rams’ offense, as they could only produce one first down on 4 possessions for the entire first quarter.

It wasn’t until mid-second quarter when the Rams’ offense constructed the first productive drive of the game starting with an acrobatic catch by wideout Braedyn Moore near the sideline for a 25-yard gain.

The drive would continue with quarterback Alex Ritzie escaping the pocket, scrambling 7 yards for another first down. It would be capped off by a half-back draw to Jack Walsh at the goal line, which went straight into the endzone to tie it at 7-all.

Chardon started the third quarter with nothing but read options and sweeps for long gains. They would eventually break the tie with Andrew Bruce on the jet sweep to the right down the seam for another Hilltoppers touchdown. Badin responded with another great drive of their own. It was sparked by a 31 yard run by Jack Walsh to the Hilltoppers 31 yard line and followed by his replacement Carter Russo on a half-back draw to the left from the 5 yard line for another Rams touchdown. Both defenses would tighten up from there to the final minutes of the fourth quarter.

Hard hits, tackles in the backfield, and the ground game was all that told the story for the fourth quarter. With a bad punt by Badin, the Hilltoppers would take grasp of the great opportunity to break the tie again with 3:14 remaining. Already in red zone territory, Andrew Bruce made things a lot easier with a 11 yard gain to the Badin 11 and moved run by run to the 2 yard line. Sean Carr came in as the bulldozer, plowing his way for a touchdown, giving Chardon the lead again with just 1:05 left for Badin to create a game tying drive. Alex Ritzie under pressure lets go of the ball and is picked off by linebacker Heath Fetchik, ending their chances at achieving their first state championship since 1990.

Badin already knew this was going to be a tough one besides the record and the ranking. As coach Nick Yordy pointed out some things about Chardon, “we knew their defense was really good and they threw some things at us, they were really good upfront, I guess that’s where they beat us,” and “a lot of misdirection, they’re a physical team, everything they do is very physical.” In other words, this was a game that was going to be won at the line of scrimmage.
Taking an early playoff exit the previous and going all the way to the State Championship the following year is definitely a huge improvement. Despite losing 25 players due to graduation, there is still a winning foundation being built here at Badin.

The work ethic is there, they practiced 24/7 to make this moment happen for them, including on Thanksgiving. With their undeniable determination and their obsession with greatness, a winning foundation is being sustained for the Badin Rams.