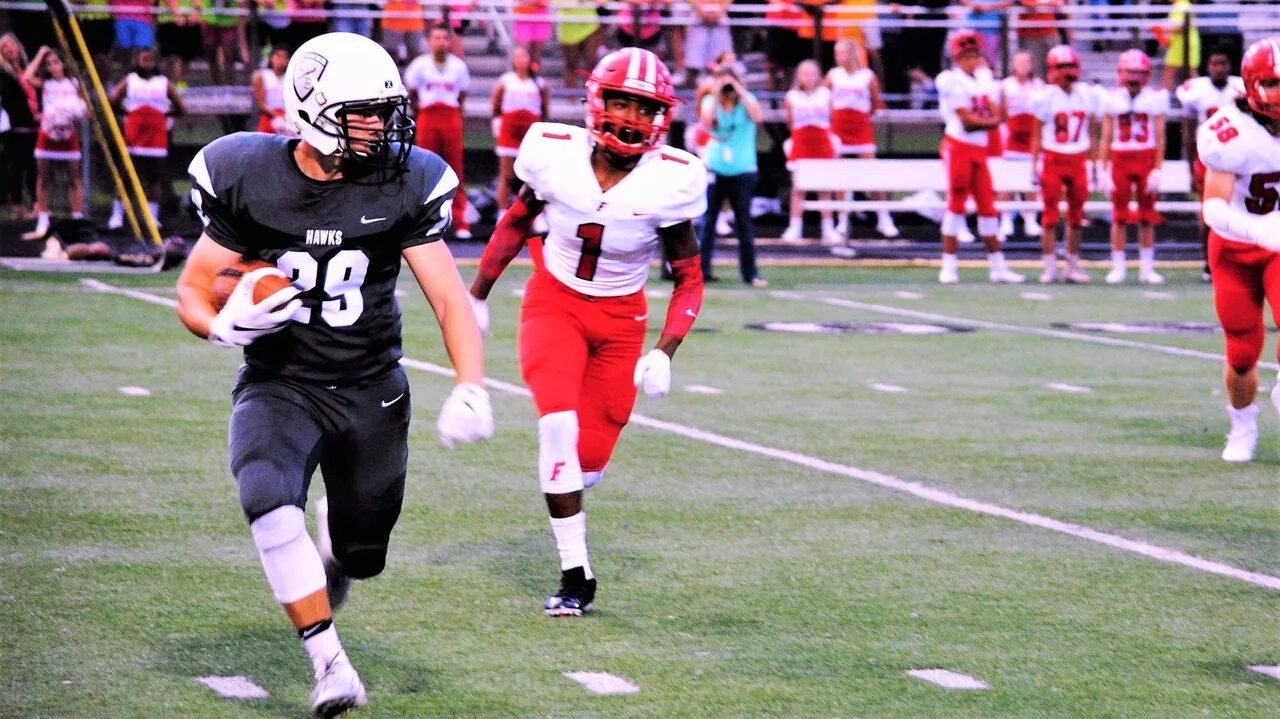 And that’s exactly what the Indians needed.

The senior quarterback threw for 225 yards and two scores in the first half, and Fairfield held off a Lakota East comeback to capture a 41-27 victory at the Hawks’ Nest.

The Indians moved to 4-1 overall and 3-0 in the Greater Miami Conference, while the Thunderhawks slipped to 3-2 overall, 2-1 in the GMC.

“I was able to get off to a good start because of my guys,” said Tyus, who returned to the lineup after nursing a shoulder injury. “The line did great, my guys did a lot with the ball. I had some short passes and the guys did the rest of the work.”

Tyus connected with JuTahn McClain on a short pass that led to a 61 yard touchdown pass, putting the Indians up 7-0 with 10:24 left in the first quarter.

The Thunderhawks never saw a lead, but they didn’t lay down.

“That’s exactly what I told them, we didn’t quit,” Lakota East coach Rick Haynes said. “Going up against a team like them, they’ve got guys that can do a lot with the ball. You can’t give them extra possessions.”

McClain and senior wide out Erick All did most of the work on the receiving end for the Indians.

All caught his only TD reception on an 18 yard corner route to give the Indians a 14-0 lead with 6:47 left in the first quarter.

“Everybody has to do their job,” McClain said. “Not just the last couple of minutes. If we stop them, we have to go back on offense and do what we have to do.

“We have to continue to work hard,” McClain added. “There’s always time for improvement.”

Lakota East quarterback Sean Church scampered for an 18 yard score to pull it to 14-7 with 3:43 left in the first quarter. Church also found the endzone from 7 yards out a couple of possessions later to make it 21-14 in favor of the Indians with 4:46 left in the second quarter.

Jack Dobrozsi barreled in from 6 yards out to start the fourth quarter to make it 28-20.

But McClain added two more scores to eventually secure the win for Fairfield.

All had 9 catches for 149 yards and a score. McClain finished with 139 yards rushing on 24 carries and scored 4 times. Tyus threw for 332 yards on 20 for 27 passing, two scores and no interceptions.

“Jack’s having a great year,” Haynes said. “He runs really hard. When you’re running the triple it makes you have to defend him inside and out.”