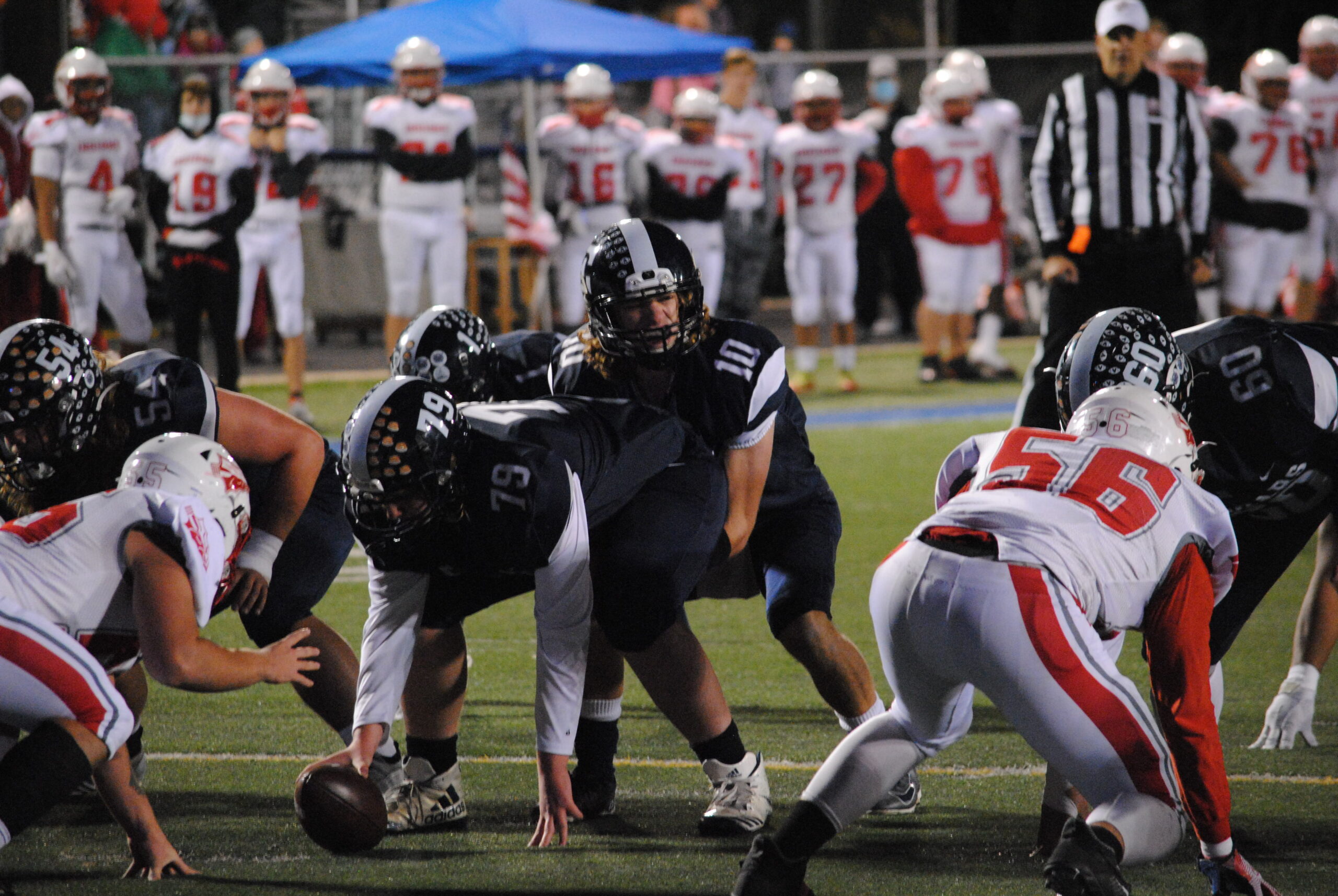 ST. CLAIR TOWNSHIP — If playoff games are supposed to be a challenge, don’t tell that to Edgewood football coach Scott Clemmons and his Cougars. They’ll simply point to their performance against the Stebbins Indians in the Division II regional quarterfinals.

Behind a nearly unstoppable rushing attack, the No. 5 Cougars — who finished with 544 total yards of offense including 465 yards rushing — defeated the No. 13 Indians 38-7 at Kumler Field on Friday.

“The offensive line created some huge holes out there,” Clemmons said. “They (Stebbins) did something a little different trying to bring guys off the edge, but the o-line did a great job of seeing that and then the backs making cuts a little tighter than what they’re used to having to make, and they did a great job seeing that offensively.”

Although it ended up being a great night offensively, it was a rough start to the game for the Cougars. They fumbled the opening kickoff that was then recovered by Stebbins at the Edgewood 35-yard line.

But it was nothing doing for Stebbins (6-6) as the Edgewood (9-2) defense took care of business and forced the Indians to punt on fourth and 16.

“We have a saying, ‘Admit it, forget it, and get back in it,’” said Edgewood’s Brody Hembree, who finished the game with 4 tackles and 2 INTs. “When we lose the ball, we reboot and get ready to come out the next play.”

Now, after forcing Stebbins to punt, and with the ball on their own 13-yard line, it was time for Edgewood to run its offense.

And so, the Cougars ran…and ran, and ran some more.

Edgewood’s first score of the night came when Eli Jones handed the ball off to Jay Dailey who ran it 17 yards to the end zone for a TD making the score 7-0 with under nine minutes to go in the first quarter.

Dailey finished the game with 13 rushes for 169 yards and a TD. He said all the credit for their success running the ball goes to the linemen upfront for making plenty of room to run.

“Really all we can say thanks to is our offensive line,” Dailey said. “They are amazing. They don’t stop from the start of the first quarter to the end of the fourth quarter. They bust their butts the whole time.”

After the TD by Dailey, Stebbins returned the kickoff to their 35-yard line which was then followed by a 15-yard penalty against Edgewood, bringing the ball to the 50-yard line.

From there the Indians wasted no time putting up a score of their own when, on the first play of the drive, Nate Keller handed the ball off to Omar Holloway who evaded the Edgewood defenders taking it 42 yards to the end zone for a TD bringing the score to 7 apiece.

But that’s as close as the score would get for the rest of the game.

The Cougars would score five more times before the end of the first half. Those scores included 3-yard and 17-yard TD runs by Tavionne Crosby, a 4-yard TD run by Jake Valerio, a 35-yard passing TD from Jones to Braden Sullivan and a 40-yard field goal by David Rumpler making the score 38-7 with only one second remaining before halftime.

Stebbins did manage to add their second score of the night after Keller tossed a 20-yard TD pass to Shawn Dozier that was followed by a successful 2-point conversion when Holloway ran the ball into the end zone from just a couple yards out bringing the score to 52-15.

But it was too little too late at that point.

With only a few minutes to go in the fourth quarter, there wasn’t enough time for the Indians to mount a comeback.