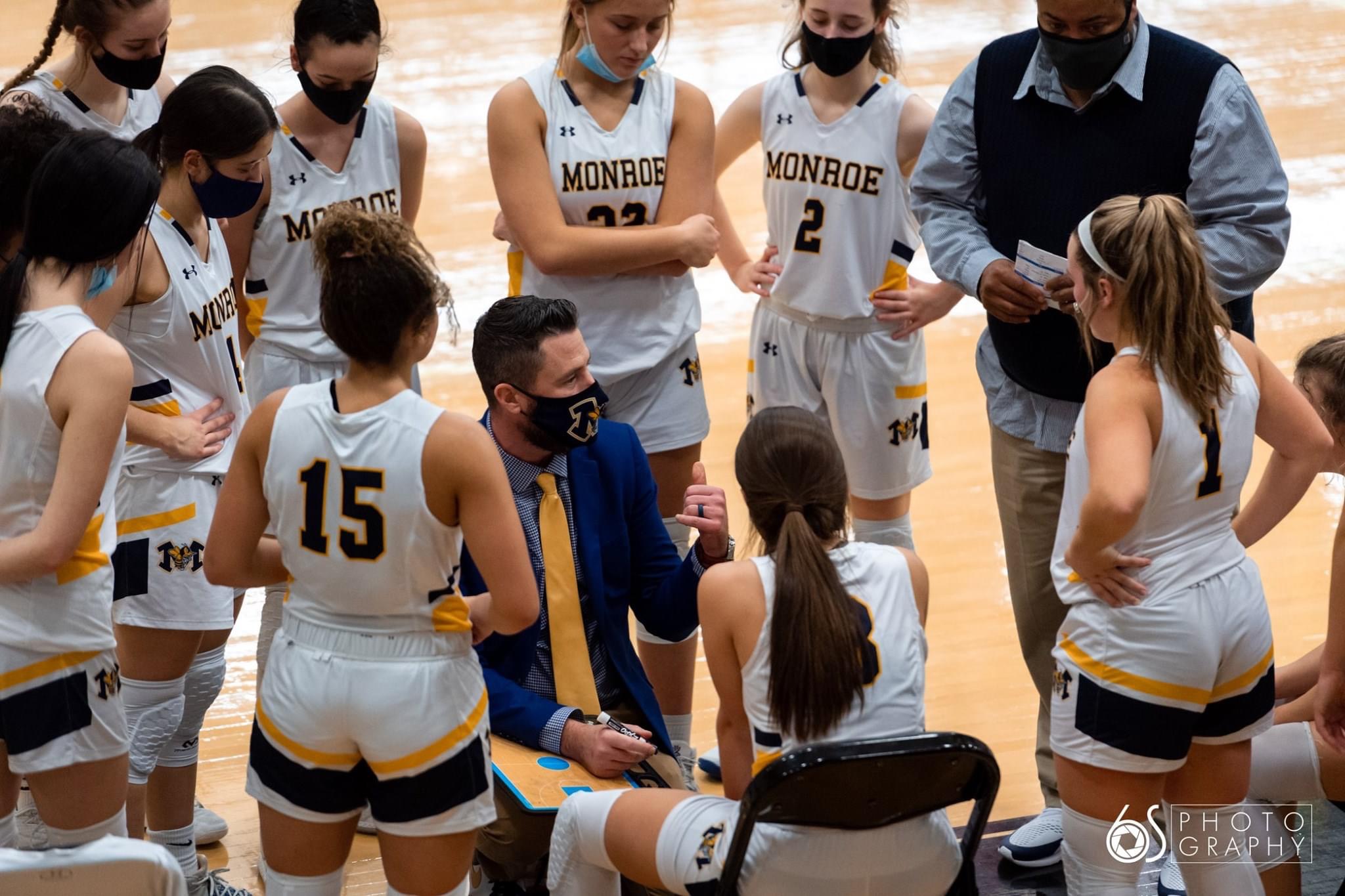 Mottos and inspiring motives give high school sports programs the boost they need. That’s just part of the system.

And it’s almost guaranteed — when prep teams stray away from the process, that’s exactly when shortcomings become evident.

“I don’t think they were ready for how tough we were going to be,” Monroe forward Alyssa Beckett said after the Hornets took care of West Clermont in a Division I girls basketball sectional opener.

“So I definitely think that it came by surprise to them,” the senior added. “I think that gave us the momentum as well. We just took it, kept it and went with it.”

Monroe has stayed with it. The Hornets have continued to relish in a system installed by second-year head coach Chad Adolph long before their Friday triumph.

The Hornets, now 13-6, were put into position to win their first-ever Division I tournament contest by using their motto. Their motive of inspiration, according to Beckett.

“Together. Tough,” Beckett said. “We believe in it.”

I get to watch all types of prep systems from all over the county from plenty of amazing programs within our coverage-area schools. And I get to see how well each of those systems are executed, and ultimately, successful.

It’s extremely fun to soak it in from a media standpoint.

Perfect example. During a timeout at the Monroe bench Friday, you would be quick to hear the following phrases:

Those are the core values the Hornets play by. And they weren’t just displayed on Friday, but they were also displayed last week in the Hornets’ 43-42 win over Bellbrook thanks to a 5-point burst within the last 5 seconds of the game.

“As long as you keep your head in it, keep pushing forward and don’t let anything distract you — you have to keep in the back of your mind why you’re playing the game,” Beckett said. “We have to focus on our next-play mentality so we can keep it going.”

“We have a highly-amazing never-quit attitude,” Adolph chimed in. “The thing that I love about these girls is just their toughness. They want to move on to the next game and the next play.

“And there are times in games at this point where every second is going to count.”

Paige Frazier took that to heart against West Clermont when she grabbed an outlet pass from Paityn Corthell at mid-court with the first-half clock getting ready to expire.

Frazier heaved it, and she drained it. The Hornets halted a West Clermont run and was able to take a 28-19 lead into the locker room.

“Do you know how big that was?” Adolph noted. “That’s the next-play mentality I’m talking about. If she doesn’t make that, we may not have gone into halftime with the type of momentum we wanted.”

But the Hornets did. And they ran with it.

“This was a together, tough team effort,” Adolph said. “Overall, we’ve always talked about it. We talked about it at halftime that the toughest team will always win.

“And I felt like our girls mentally and physically played extremely tough — tough enough to send us to the next round.”