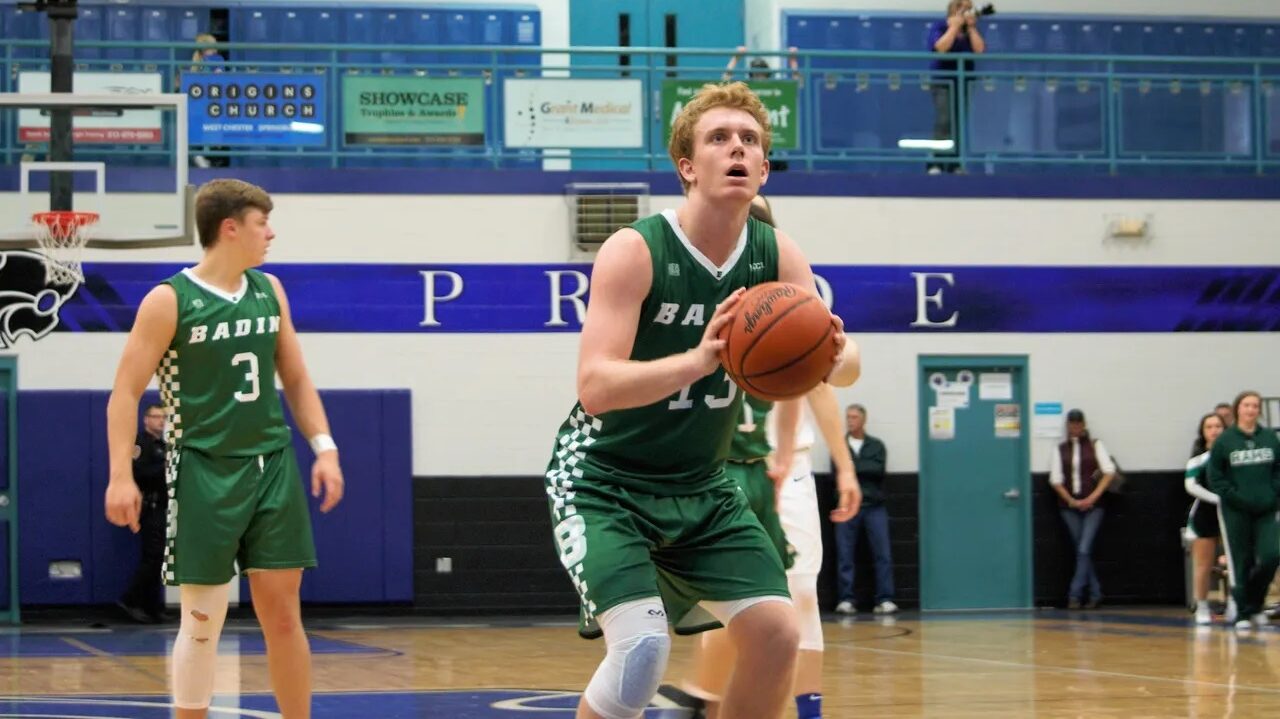 FAIRFIELD TWP. — Badin High’s Justin Pappas was itching to get back on the court.

The senior forward made that perfectly clear on Friday night.

Pappas scored a game-high 29 points to help lead the Rams to a season-opening 63-61 victory over the Cincinnati Christian Cougars.

“It was a long recovery and I just wanted to get back out there for the guys,” Pappas said, referring to him missing last season due to an injury.

“This is good way to open up and it gets us ready to go for the rest of this season,” Pappas added.

Pappas played the post position without skipping a beat. The Rams found him when they needed to.

“We started off running our two-guard offense and we had not practiced against a zone,” Badin coach Gerry Weisgerber said. “Justin can see out of the pass and kicked it out when he knew he had to. He did what he had to do underneath.

“In the fourth, we went to our bread and butter offense,” Weisgerber added. “Our best offense is our best defense. And Justin helped solidify that.”

Cincinnati Christian had most of the momentum in the first half and owned the largest lead of the game at 42-35 with a minute left in the third quarter.

“This was a tough game to come out with,” Cincinnati Christian coach Carl Woods said. “It was a hard-fought battle on both ends.”

Seth Hargis and Zach Switzer each had 8 points for the Rams, who moved to 1-0 on the season. Joey Walsh had 7 points, Nathan Hagemann 6 and Donovan Watkins 5.

“We will take it as a W, and we certainly got a lot of experience out of this game,” said Weisgerber, who doesn’t have a single starter returning from last year. “We were much more composed in the fourth quarter. We saw a lot from Justin (Pappas), and he didn’t lose a beat.”

“We just did not play disciplined defense to stay behind Pappas,” Woods said. “He’s a handful, and he had a great game.