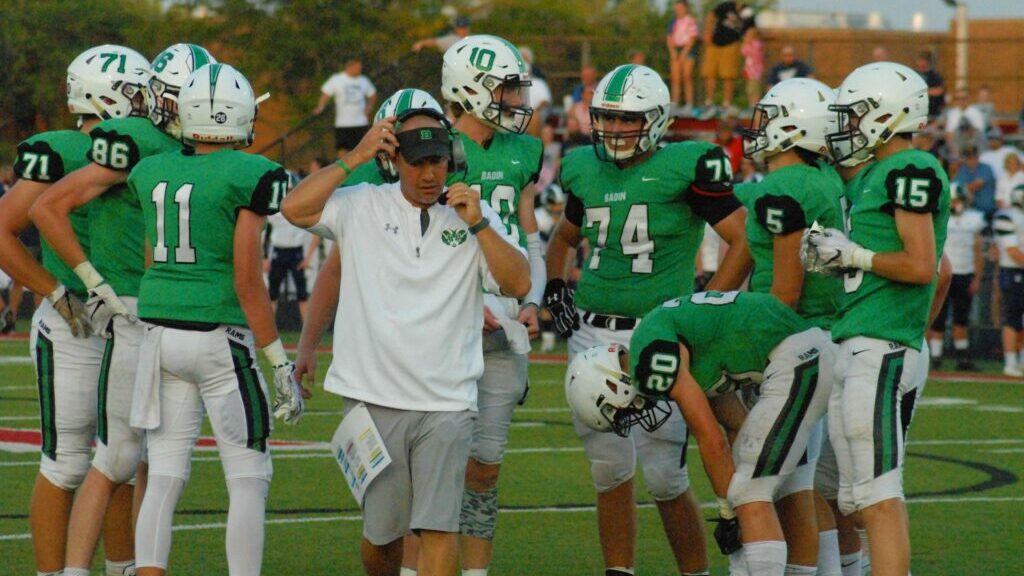 DAYTON — Friday’s Greater Catholic League Co-Ed match-up provided plenty of drama. Chaminade Julienne scored all of its points in the first half as it beat Badin 17-3.

The Eagles started out strong on their first drive when quarterback Ryan Minor threw a 29-yard bomb to tight end Josiah Bowman to get to the Badin 20-yard line. Three plays later on first and goal, running back Quincey  Johnson ran up the middle but could not find a hole, and the senior bounced off his lineman to his left untouched for the 6-yard touchdown.

Badin had issues moving the ball on their first couple of possessions. The Eagles defense, led by junior linebacker David Fredrick’s seven tackles and one sack, forced the Rams into making mistakes all night.

At the end of the first quarter, Badin was gifted with a turnover. They recovered a Kenyon Owens muffed punt return at the Eagles 15 yard-line. The Rams ran the ball on first and second down, only gaining a total of 3 yards. On third and 7, quarterback Zach Switzer dropped back for a pass, he found receiver Josh Hegemann in the end-zone but defender Jason Ward was with him stride for stride, cutting off Hegemann for the interception.

Badin’s offense had another opportunity its next possession, but once again came up empty, especially after leading running back Alex Delong briefly left the game after apparently getting hurt running on second down.  Badin only had a 149 total yards in the first half, as it could not find the same magic after last week’s big win over Alter.

“I felt like we were prepared,” Badin coach Nick Yordy said. “We had a good game plan moving forward. I think there was a lot of missed opportunities on offense.”

Badin’s special teams and defense did keep the Eagles in check for most of the game. Punter Rocky Anzalone pinned CJ down their own three-yard line. The Eagles ran the ball the first couple of plays with Johnson and fullback Marquel Henry. Badin seemed like it would force CJ to punt if it made a stop on third and 7. But that’s when Minor sprinted up the middle to the sideline untouched on a read-option play for a 93-yard score.

“That was the biggest hole that I’ve seen for me to run through,” Minor said.

That score put the Eagles up 17-0 with 3:33 left in the first half. Badin did finally score on a field goal, with Switzer setting up the play on a deep pass to Hegemann.

“We knew we had to play some perfect football,” Eagles coach Marcus Colvin said. “We did not play perfect, but our kids hung in there. Our defense stepped up, holding them to field goals getting interceptions.”