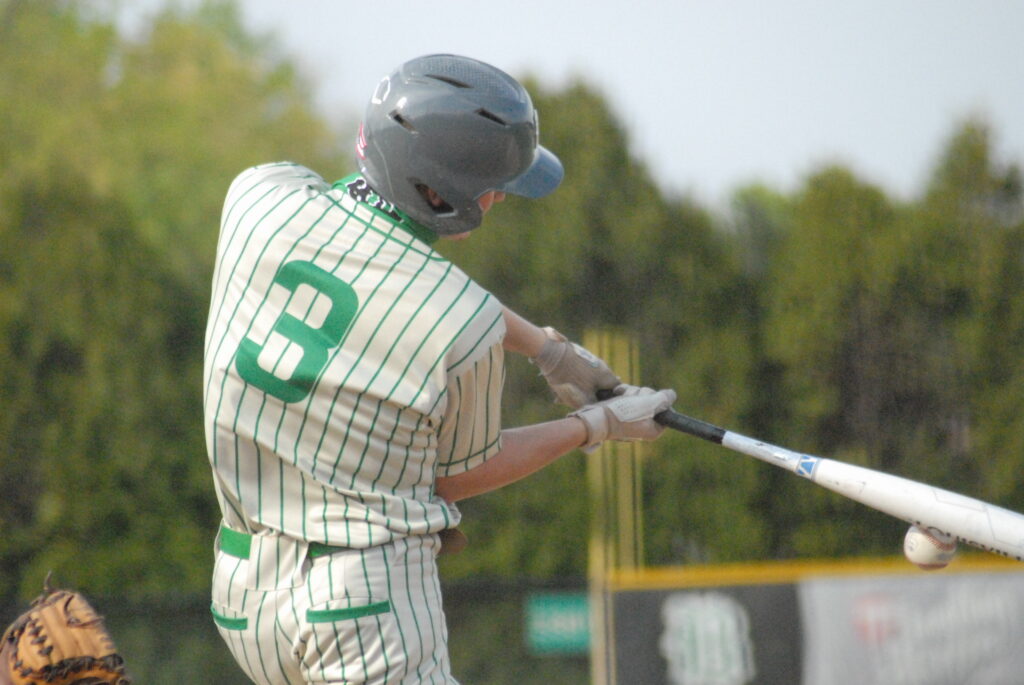 The Rams went on a tear offensively in the first two innings on their way to a convincing 16-1 run-rule victory over the New Richmond Lions.

The win advances Badin to the Division II district title game against Valley View on Thursday at 5 p.m. at Kings High School. BRACKET

Copenhaver struck out six in a row at one point in the game, and the Rams’ offense gave him a big boost with plenty of run support.

“I was just pounding fastballs,” Copenhaver said. “They were behind on it. I didn’t need to go to anything else.”

New Richmond finished the season at 16-12.

Badin’s Sergio DeCello officially ended Suttle’s outing with a three-run homer that sailed over West High’s wall dubbed “The Monster” for the eighth, ninth and tenth runs of the inning. DeCello contributed to all four of his team-high RBI in the first, hitting a sacrifice fly earlier in the inning.

“I saw the ball go way out,” DeCello said of his round-tripper.

The Lions finally got a run in the fifth on a bases-loaded walk issued by Copenhaver. The pitcher was eyeing a no-hitter but a bloop single in the fifth to Luke Abbott ended those chances.

“I thought Nik (Copenhaver) battled,” Badin coach Brion Treadway said. “His pitching mound was rough, but he didn’t let that affect him. He just came out did his thing.”

The Rams stole 10 bases, catching the Lions’ defense off guard, and it allowed for their hitters to be aggressive.

Leading the way for Badin on offense was Lucas Moore, Cooper Fiehrer and AJ Enginger — who all had two hits apiece.