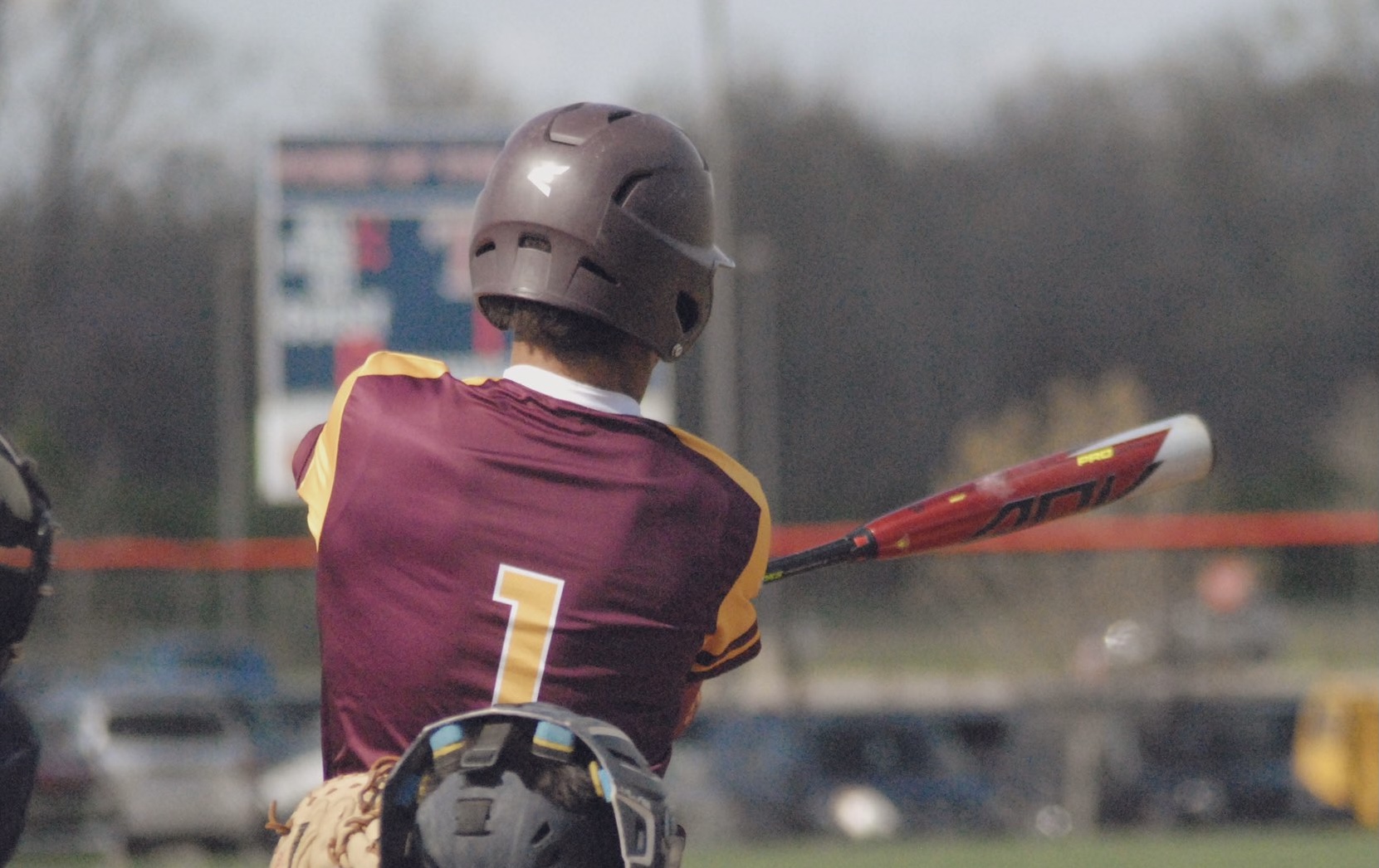 CARLISLE — The Ross Rams went for their fourth straight Division II district title on Thursday night as they took on the Carroll Patriots.

But Ross fell short after a valiant comeback, losing 11-10 in extra innings.

A rocky start for senior Tanner Smith resulted in him getting lifted in the first inning for junior Brody Huffman. The Rams would carry a 4-0 deficit into the bottom of the first with hopes of getting right back in the game.

Ross senior Casey Cuozzo got the scoring started on a wild pitch, followed by an RBI single from fellow senior Austin Burns making it 4-3.

Sophomore Michael Duckro got the ball for Carroll and struggled to find the strike zone in the first inning. Timely hitting for the Rams helped them get back in it just like their last win against Taylor.

Unforced errors really plagued Ross in this one, including a two-out balk putting runners at second and third in the sixth inning, followed by a 2-run single by Dunn from Carroll extending the Patriot lead to 6-3.

However, Huffman would continue to grind for the Rams — carrying his outing into the sixth where he had the Rams behind two, 6-4. Huffman threw 7.2 innings with five strikeouts and four earned runs.

“Once (Huffman) got out there, he kept getting outs in big situations,” Toerner said. “He got hit a little bit, he’s got a good demeanor out there, he lives for the big game. Even when we thought about maybe this is the end of the road for him, he’d make a couple more pitches and we’d run him back out there.”

Two throwing miscues by senior CJ Boze resulted in two runs being scored in the sixth, followed by an RBI double from junior Caleb Cavender to make it 9-4 — leaving the Rams’ chances looking bleak late in the game.

An RBI single from senior Tanner Smith paired with an error in left field brought the Rams within 9-6. Shortly after, junior second baseman Tyler Hood laced a double in the left-center gap to score two more at 9-8.

Duckro was pulled after 5.2 innings and five earned in favor of junior John Lawhorn after the Hood double. Hood would end up stealing third, putting only 90 feet between Ross and a tie game.

As Lawhorn battled with Boze, he was called for a balk after not coming completely set, forcing Hood to score the tying run at 9.

“That’s how it’s been all year,” Toerner said. “Every game I feel like it has been a battle. Back and forth, back and forth. Tonight, neither team died, and we were right there until the end.”

Senior Steven Chapman broke the 9-9 seal in the eighth with a two run double to the left center field gap. Chapman, a .506 hitter with four home runs on the season, came up big like he has all year long.

The Rams inevitably made it interesting in the bottom half. A bases loaded bloop single from Hood made it 11-10, but that was all Ross would get, stranding two in the final frame.

“There were a lot of questions to be answered,” Toerner said. “We only had a couple guys coming back with real experience. We gave them the keys to the kingdom and said ‘show us what we are’ at the beginning of the year we didn’t know what we were. But, they began to click. They showed they are a team that fights, a team that scraps.”

Senior Joe Schottelkotte had a big night, 4-5 on offense with a lot of big plays defensively to save some runs for Ross. Juniors Caleb Vowell and Tyler Hood along with senior Tanner Smith added two hits each.

“Overall, they were a great group of guys. They wanted the most for us and for themselves,” junior Brayden Fraasman spoke on the special group of seniors.

Fraasman had a huge year for the Rams, and people see him as a big piece to help get this Ross team where it wants to be.

“We didn’t just lose innings on the mound or in the field, we lost a lot of leadership,” Toerner said. “That’s where we need to improve the most with this group coming up.”

Ross finished the season 14-13 overall, 9-6 in the SWOC. Coach Toerner and the Rams look to make a district title game appearance an annual thing, like it has been for the last few years.