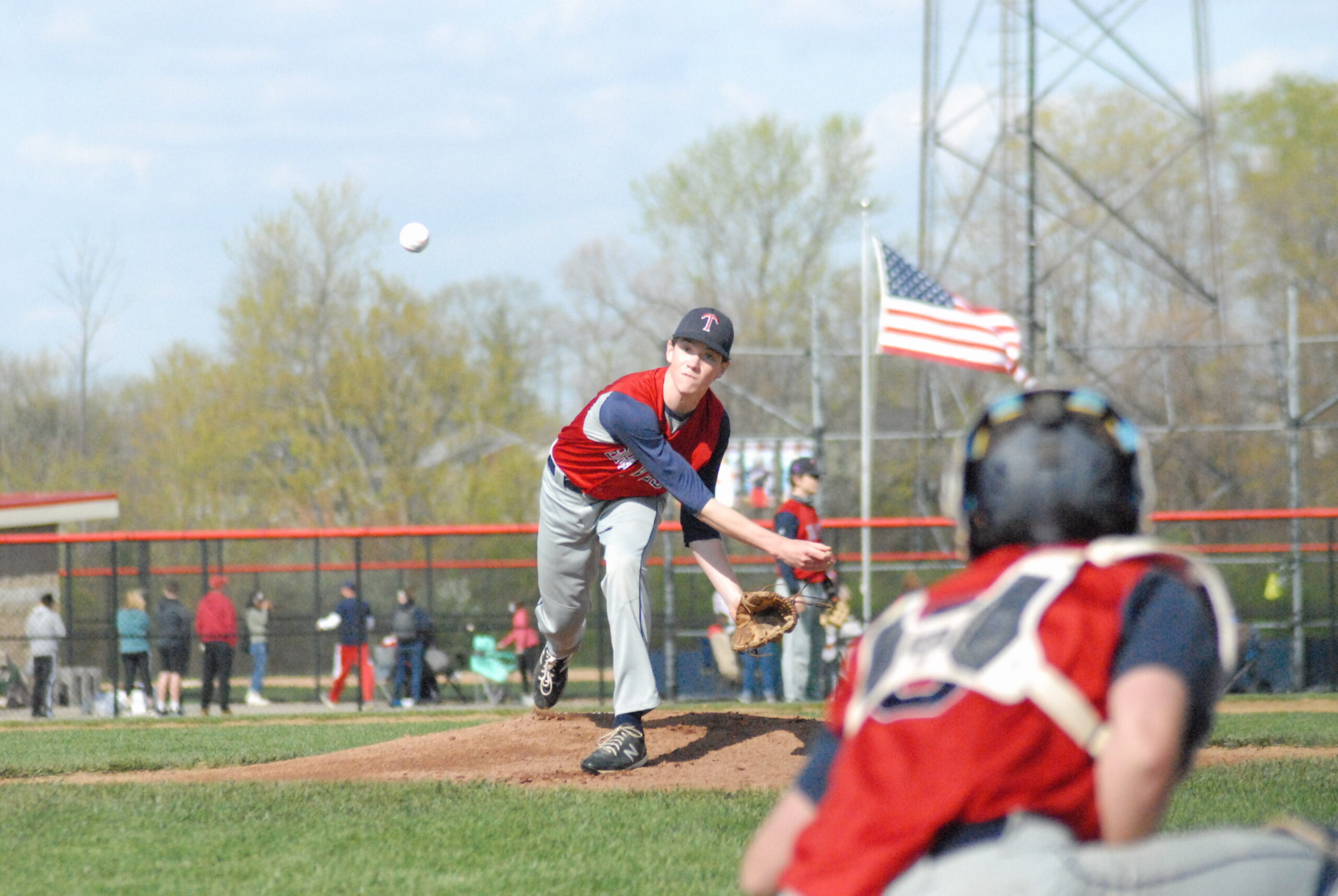 OXFORD — The Talawanda High School baseball team was on the ropes heading into the seventh inning on Friday, however, the Brave had some magic up their sleeve.

The Rams’ bats were alive early to the tune of seven hits, which gave them five runs in the first two innings

At the bottom of the first inning, it was the Brave’s turn to get on the board. Cobb had an RBI single that brought Blake Puckett across the plate to cut the Ram lead to 2-1 after one inning.

With the help of a walk and two stolen bases, Ross (5-4, 4-2 SWOC) was able to pull the trigger on how aggressive it wanted to be. Tyler Hood was issued a walk and stole second. Senior outfielder CJ Boze singled, Casey Cuozzo had a double and an RBI, and Brayden Fraasman had a hit, an RBI and stole a base in the second inning. That brought the Ross lead to 5-1.

Despite pitcher Kolton Fields not throwing his best stuff, Ross’ defense held Talawanda (8-3, 3-1 SWOC) without a run until the fifth inning. The Ross defense during that time made two double plays in the third and fourth innings.

Talawanda’s bats began to create some runs in the fifth inning. Before that, though, the Brave defense was in trouble. Starting pitcher Parker Geshan had been taken out of the game after the junior struggled with his command by giving up two hits and hitting a batter. With the Brave defense in a jam and the bases loaded with one out, sophomore Max Mesler filled in on the hill.

“(Mesler) came in and threw strikes, and we had to do a little bit of shenanigans with our defensive alignments over the course of it — but I was really happy about that,” Talawanda coach Matt Lykins said.

Ross senior Gabe Follick hit a hard liner up the middle with Austin Burns charging hard to the plate heading around third. Talawanda’s Blake Puckett made a game-saving play by throwing out Follick at home. Brave catcher Anthony Cobb made the tag in time for the second out of the inning. The next at-bat was a popout to shallow center.

It was a small victory for the Talawanda defense and a boost of confidence for the offense as it scored two runs at the bottom of the fifth. But Ross still held a 5-3 lead.

The Rams added two runs in the top of the sixth inning to move ahead 7-3, but the Brave answered back with two runs of their own, slimming the Ross advantage back down to two.

Mesler singled to right field for Talawanda, Geshan walked and Cobb was hit by a pitch — which started the Talawanda rally in the final inning.

With the bases loaded and one out, Wright stepped up to the plate. And with one swing, the senior crushed a shot over the head of Boze for a triple. Wright’s shot brought home Mesler from first and then Geshan to tie it. Cobb got the signal from Lykins to go for it, and Cobb slid in for the win.

“I was just visualizing in my head hitting the ball somewhere and scoring some runs,” Wright said. “I didn’t plan for it to be all three, but sometimes things happen.”

“We tried to get one by one and just get on base,” Cobb added. “Braden came up, scored us all, and it was awesome.”

Geshan, Puckett and Wright each had two hits to lead the Brave, who travel to Hamilton on tonight at 7 p.m.