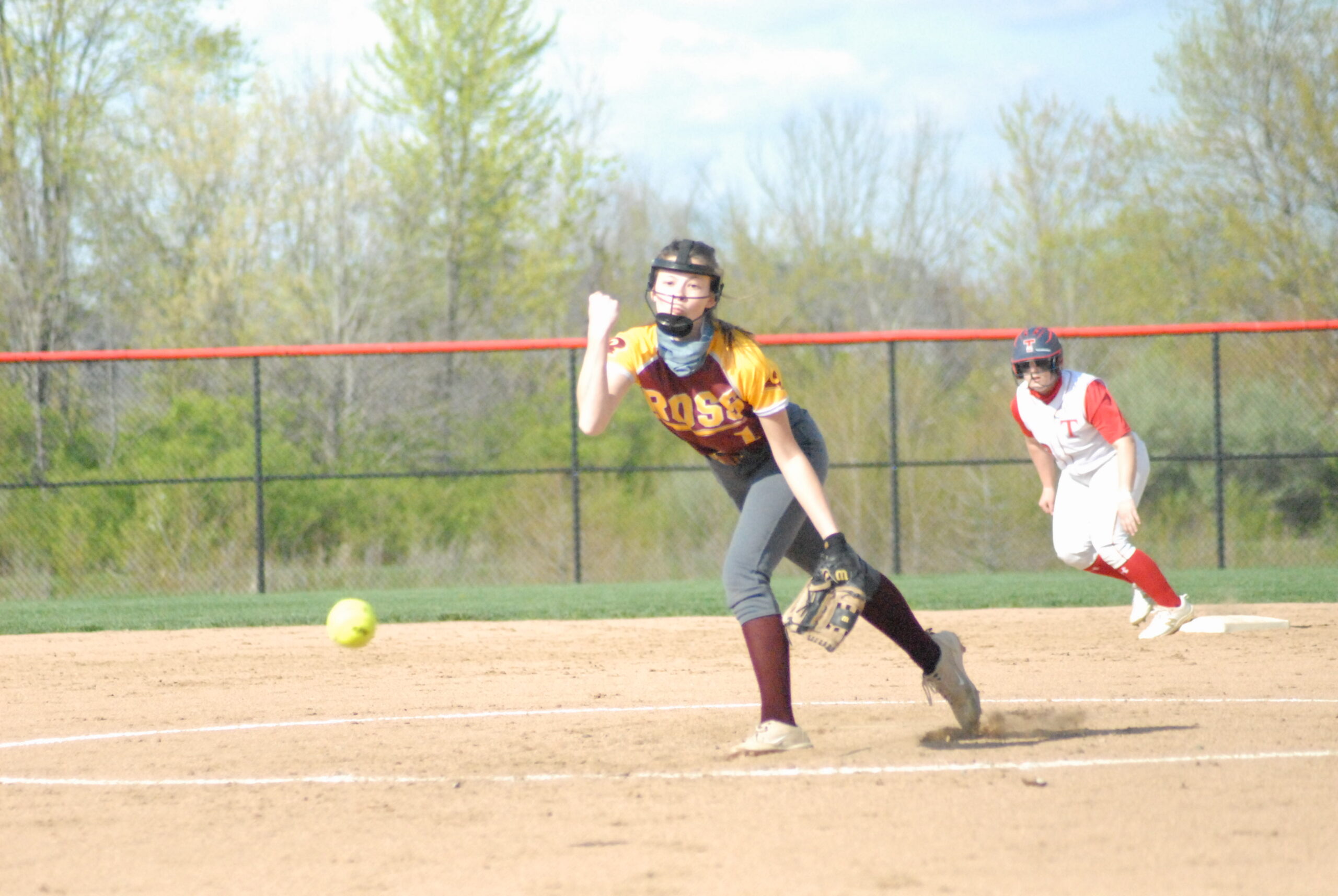 OXFORD — Ross softball coach Pat Spurlock said a recharge was in order for his Rams. All it took was a loss against Edgewood earlier in the week to light a little fire under his program.

Ross collected 12 hits at the plate, and the Rams’ defense held host Talawanda in check for a 12-2 run-rule victory in Southwest Ohio Conference play on Friday.

“The last couple of days we’ve been playing great,” Ross coach Pat Spurlock said. “We played Talawanda twice, and we picked up an extra game against Chaminade Julienne who was undefeated. We didn’t let the Edgewood game get to us.”

“We’ve got a lot of great parts on this team,” Spurlock said. “We’re just trying to figure them all out and continue to get better.”

Ross senior pitcher Madison Minges got the win in the circle. While the Brave slapped eight hits, Minges said the defense behind making plays was the difference-maker.

“They have to back me up. I trust them and they followed through today,” Minges said. “I got a strong team behind me.

“We just want to continue to push and do our best,” Minges added. “We’re having a lot of confidence right now. We’ve got a lot of energy and positivity. When we’re in the dugout, we’re always hyper and we’re always cheering. We always keep our heads up. … Hopefully we can keep it up and win the SWOC and go far in the tournament.”

“The first inning was huge. You just can’t spot teams 10 runs like that.” Brave coach Scott Davie said. “I love the kids and I love the type of energy they used to come back and respond with. I think we played great from that point forward. They’ve got a no-quit attitude, and I think their effort was awesome. The dugout was good. You just can’t spot a team 10 runs. That’s hard to come back from.”

Ross has a double header against Little Miami today, while Talawanda plays Harrison on Monday.