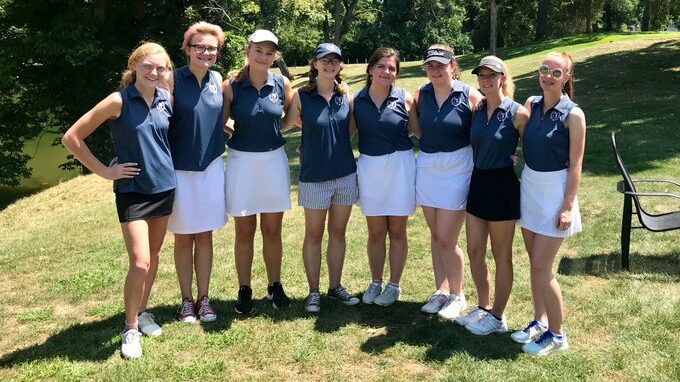 OXFORD — The Talawanda High girls golf team has its sights set on taking it to the next level in 2019.

“With a number of returning players to this year’s roster, we hope to continue our improvement, both individually and as a team,” said Brave coach Scott Davie, who is entering his third year at the helm.

Talawanda clubbed its way to a 6-5 record a season ago and captured second in the Southwest Ohio Conference tournament.

Looking to make an impact on the course are seniors Grace Clausen, Gabby Clausen and Ella Cope, as well as juniors Alysse Aylor, Lily Cieslak and Hailey Anderson.

The Brave notched a season-opening victory over Little Miami 223-245 on Monday at Oxford Country Club. Tegge clubbed a 46 to earn medalist.