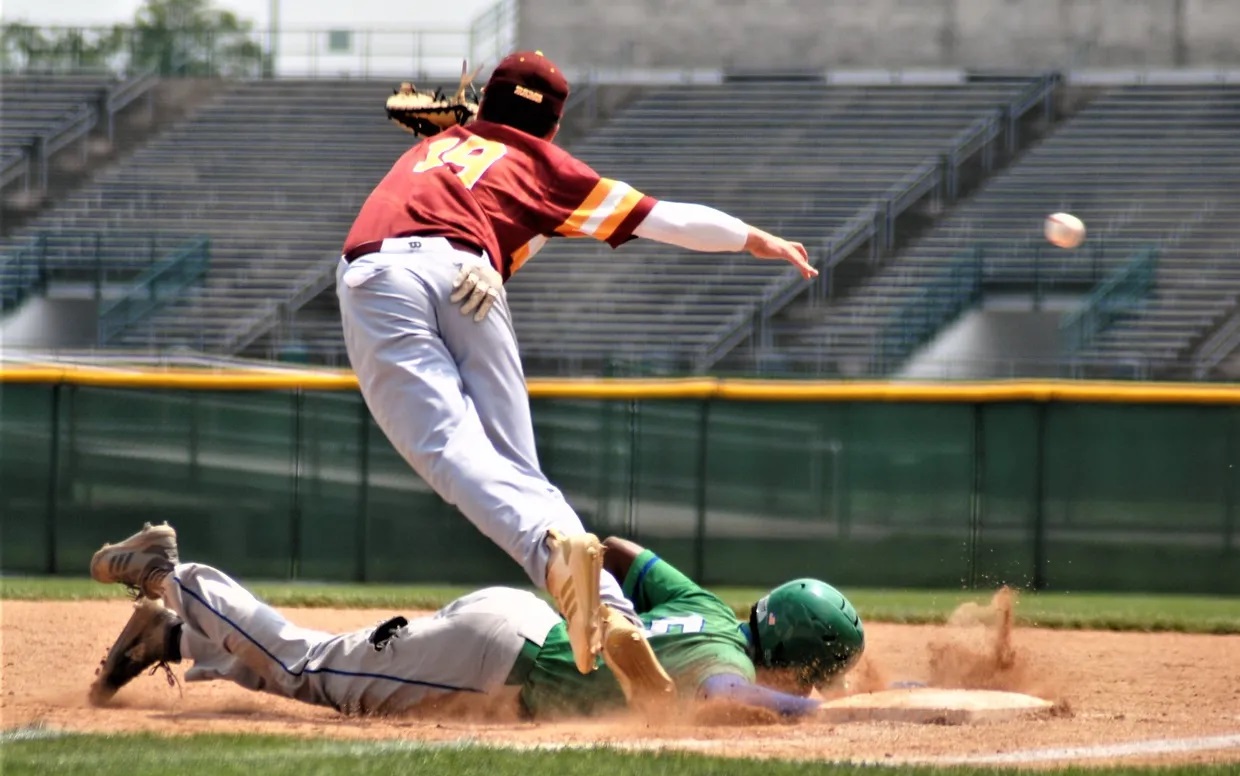 MASON — Ross High baseball coach Ben Toerner hoisted his 2-year-old daughter up in the air immediately after talking to media on Sunday. A smile stretched from ear to ear, as he wiped his eyes clear behind a pair of shades.

The Rams were just shutout by defending state champion Chaminade Julienne 6-0 in a Division II regional final at Mason.

But. Things were all right with the world.

“At the end of the day, I’m proud of our guys. I couldn’t be any happier,” said Toerner, a first-year coach who helped lead Ross further than it has ever been in postseason history.

“The seniors have put so much into this program,” Toerner said. “Their work ethic and leadership is going to be hard to replace. But we will find a way to do it.”

“This was truly a special squad,” Toerner said. “These guys getting this far — it truly says something about them. The work they’ve put in, everything. This team took the next step, and this year proved that.”

House got the start on the mound for the Rams, while Shields finished it off.

Gongora’s consistent pitching — and the defense behind him — kept Ross out of its comfort zone.

“The Gongora kid pitched an awesome game. That kid is hard to pick up,” Toerner said of the left-handed hurler. “He’s a very good pitcher. They’ll be making some more noise up north.”

The Eagles (25-2) move on to play Van Wert in the Division II state semifinals next Saturday.

CJ put runs on the board in four of the six innings it stepped to the plate. A couple miscues in the field for Ross allotted for some extra bases for the Eagles.

“It’s tough at this point in the season when things don’t go your way,” Toerner said. “It just starts to snowball, but I think we kept it within our own. We tried to do what we do.

“The team that’s hard to hit is usually the team that comes out on top,” Toerner added. “That’s what happened today.

“But it’s been so much fun to watch this group and see them develop,” Toerner continued. “The expectations have been set with this season moving forward. These guys have been there now. This is helpful as we get going next year.”