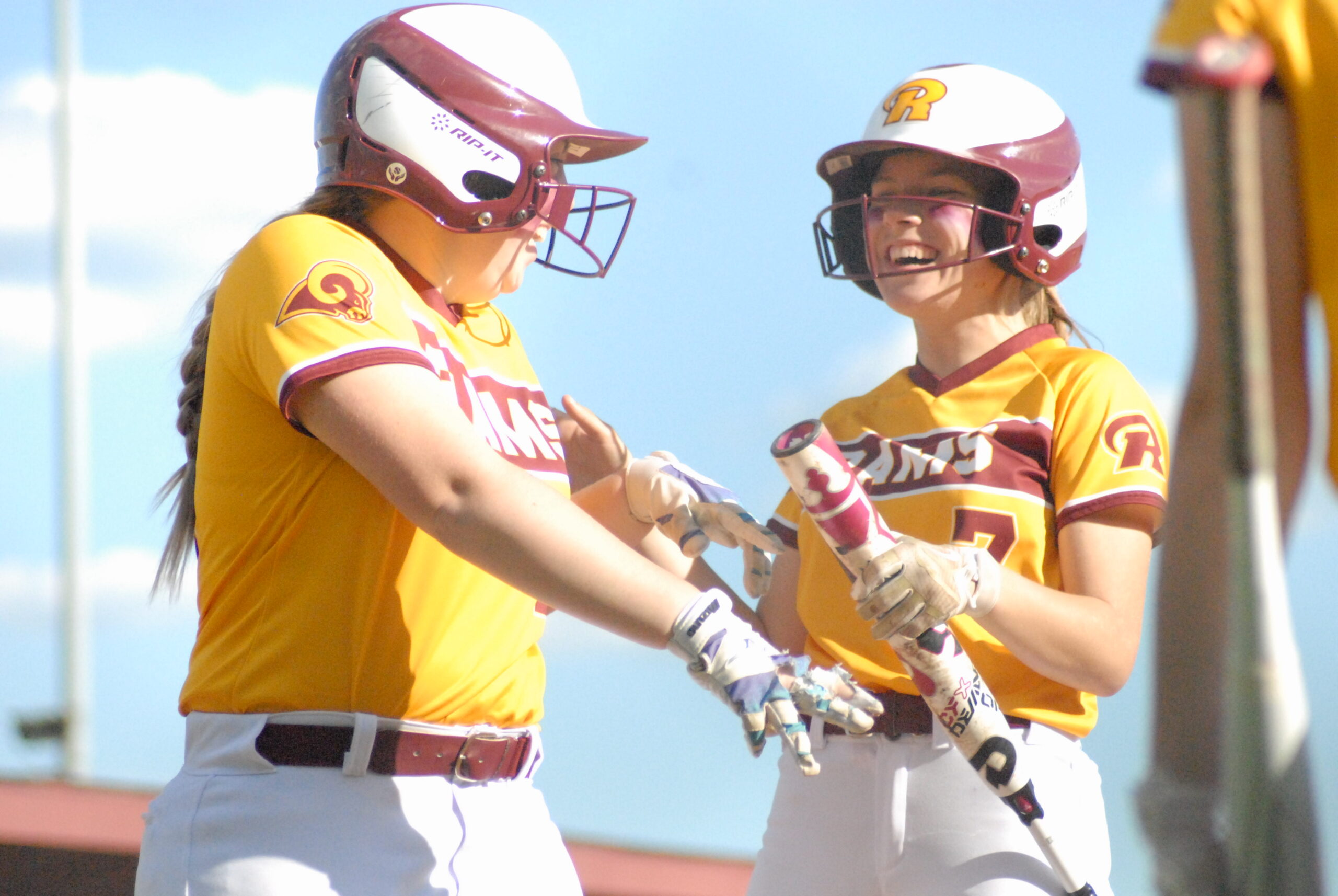 ROSS TWP. — Alexia Ploehs likes the recent stance the Ross High School softball team has taken regarding its on-the-field mood. When you’re winning at the right time, it’s hard not to get excited.

Ploehs had a couple of RBI doubles, Sam Iannarino led the charge inside the pitcher’s circle and the ecstatic Rams took care of Batavia 11-7 for a Division II tournament victory on Thursday.

“Since tourney time, we’ve been saying, ‘Plus Vibes Only,'” said Ploehs, a senior. “We’re always up in the dugout, and we’re always cheering and giving out positive vibes. If you strike out, you get back up and get ready to go again. We can’t let stuff affect your playing abilities or anything like that.

“That’s what we’ve really been doing for a couple weeks now,” Ploehs added. “It’s one pitch, and you’re on to the next one.”

Ross, which recently grabbed a share of the Southwest Ohio Conference title with Edgewood and Harrison, moved its record to 19-6. The Rams will face off against Taylor on Tuesday, May 18 at 5 p.m. at Princeton.

“I knew Batavia was going to be a little tough,” Ross coach Pat Spurlock said. “I wanted to try and see if we could do a couple things — pinch hitting, switching up pitchers — and see how they would react in the situation. I knew they were going to keep fighting.”

Toney said there’s been a small adjustment in the Rams’ pregame routine, and it’s helped the maroon and gold for the better.

“We’re all just so excited every game,” said Toney, a junior. “We come out with hyped energy. It’s amazing to see us all come together.

“We go up on the hill every game and we have an emotional speech and we pray back there,” Toney added. “We all just take a deep breath and realize what we need to do and what needs to happen in the game for us to win. We come in after that, get our minds set and we start playing our butts off.”

Added Ploehs, “We changed up our pre-game a little bit to get us a little more focused and ready, too,” Ploehs said. “Because right now, it’s all about wins to get us to the next level. But keeping our bats going has really helped us. We’ve been working on our bunts, too. And those turned out pretty good today.

Spurlock noted there was a hint of distraction heading into the week, as the high school is celebrating Senior Week. But he’s happy with how his Rams were able to stay focused during their two postseason wins

“There was a lot going on this week,” Spurlock said. “The prep I wasn’t extremely happy with. But we’ve gotten through Senior Week and all that out of the way. This is a big week for the school, and we kept hearing all that talk. Next week, we’re looking to get locked in. We’re good to go.

Madison Minges came in on relief to close it out inside the circle to give Ross a spark near the final few innings. However, it was a five-run fourth inning that separated things on Thursday.

“Keeping our bats going is really going to help us,” Ploehs said. “I think we can go way further than next week. It really helped us tonight.”