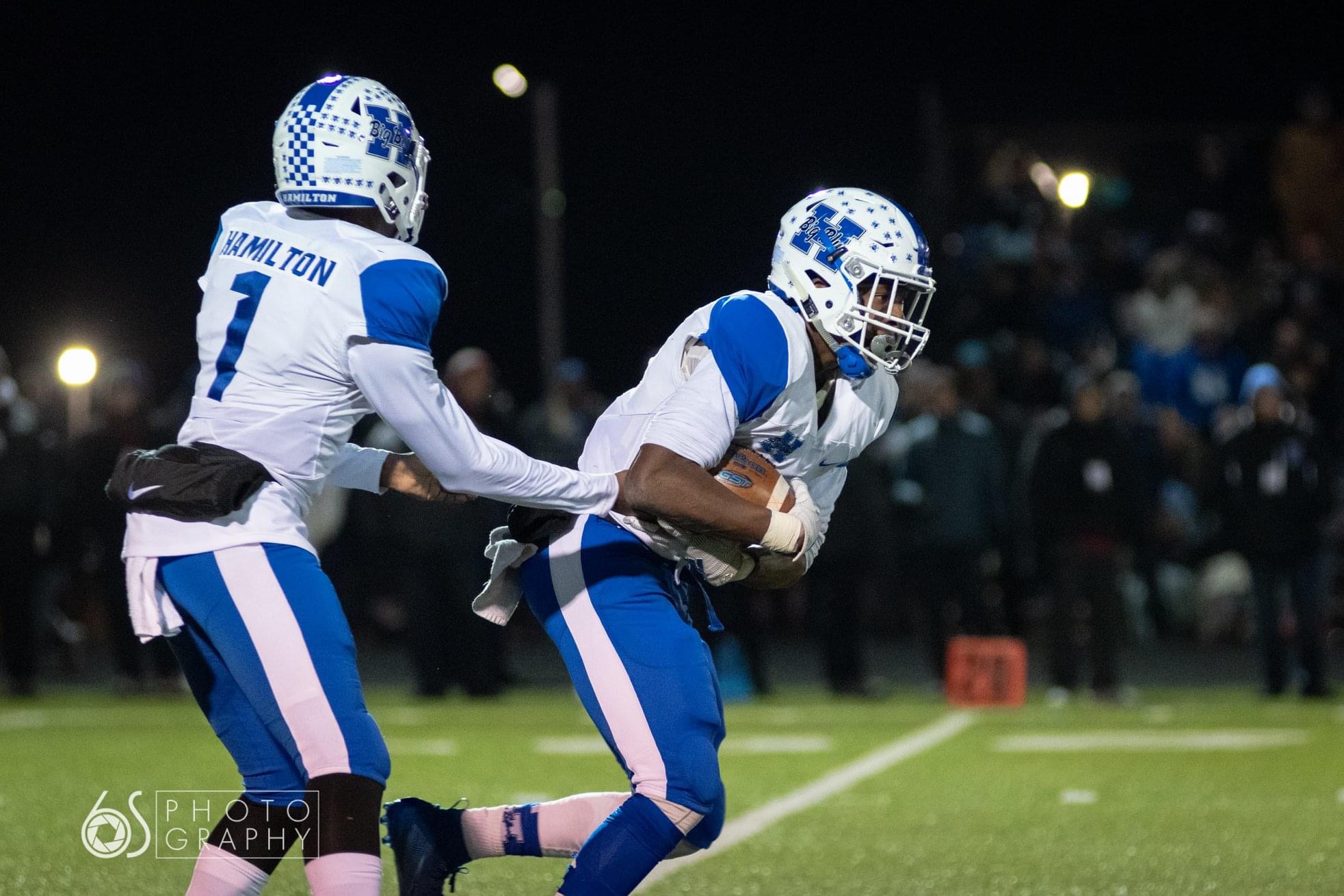 The atmosphere surrounding high school football games on Friday nights includes several sights, sounds and even smells that make the experience special for both players and fans alike. It includes bright stadium lights, cheeringfamily and friends in the stands, the aroma of freshly popped popcorn, hamburgers and hot dogs grilling, the click-clack of football cleats as players make their way from the locker room to the field and the pep band playing the fight song and other classics such as “Seven nation army” or “Crazy Train.”

So, when the coronavirus pandemic took hold of the world this year and forced changes to the way people go to work and how students attend school, many were likely left wondering what playing in a high school football game or attending one would look and feel like.

Several aspects served as reminders that this was not a typical high school football game. Coaches wore masks and players socially distanced on the sidelines. There were water bottles spaced out along the sidelines to prevent players from sharing, Hamilton’s marching band sat in chairs spaced several feet apart and spectators were limited to family and those close to the football players.

During pregame announcements, the announcer reminded fans to sit in groups of no more than four people, to remain socially distant from other groups and to wear a mask at all times.

However, the football game itself turned out to be a classic Greater Miami Conference battle between two familiar foes.

The Big Blue led a close game most of the way. They led by a touchdown or less through the first three quarters and took a 21-19 lead into the fourth. Then both teams traded touchdowns and Hamilton went ahead 28-27 with 4:23 to go in the game.

Although Hamilton had the momentum, the Vikings simply would not surrender. They managed to convert on a fourth-down play bringing the ball to the Big Blue 11-yard line. After a couple of short runs and the ball now at the 1-yard line, Vikings running back Thomas Boyd punched in a touchdown giving them a 33-28 lead with 16 seconds to go in the game.

The Big Blue attempted a few pass plays on their next possession to move the ball down field and score, but there just wasn’t enough time and the clock ran out. The final score remained 33-28.

As for the game-winning touchdown he scored, Boyd said he just had a feeling he was going to make it in.

Vikings coach Mike Daniels expressed his excitement for being able to go on the road under the unique circumstances and pull out a victory against a tough opponent.

“We came into a hostile environment with a team that had momentum throughout the offseason,” Daniels said. “They have really good football players. I mean Malik (Verdon) and those guys, they’re very talented.”

As excited as the Vikings were to win such a close contest the Big Blue were equally disappointed at not coming away with a win.

“It was a heartbreaking loss, we didn’t make plays when we needed to,” he said. “We had a lot of guys cramping and just trying to survive.”

And although they’ve been granted the opportunity to have a season in the middle of a pandemic, the circumstances under which teams are required to compete, having to wear masks and remain socially distant, are not favorable.

“The whole environment is not what it should be,” Mahon said. “It’s not the environment that I’d like to have, but we get to play so that’s fine. But it’s absolutely completely different and that’s unfortunate.”

So for those wondering what a high school football game would look like in the middle of a pandemic, they finally got their answer.